It Was Supposed to Be Sunny 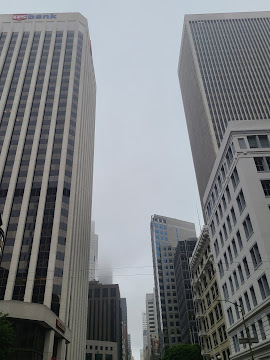 I was in San Francisco and decided to go on a bunch of adventures. The weather people on TV told me it would be sunny but it was mostly overcast and misting, Anyway, I started out at the Ferry Building and kind of made a loop. 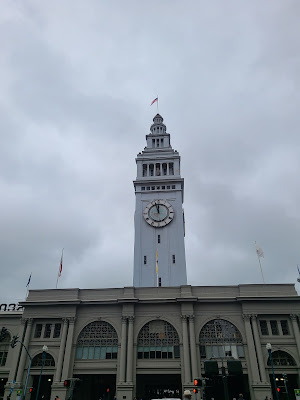 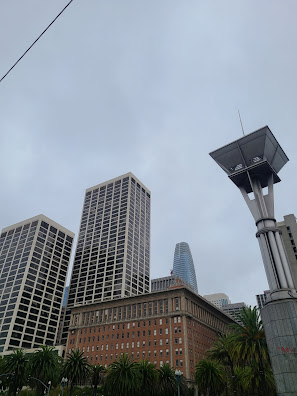 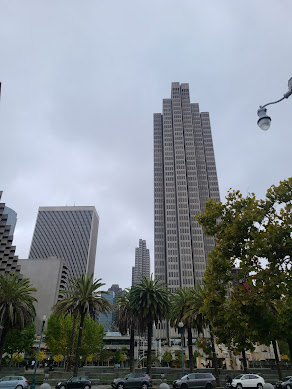 Took one of the street cars down to Fisherman's Wharf:

The Wharf was as always interesting: 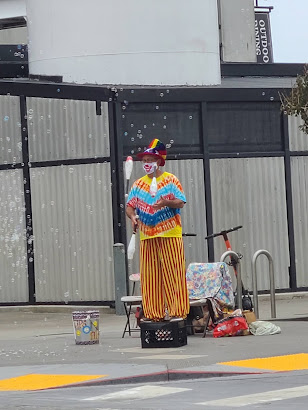 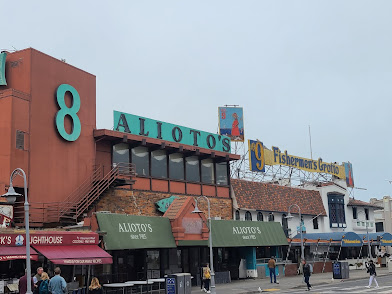 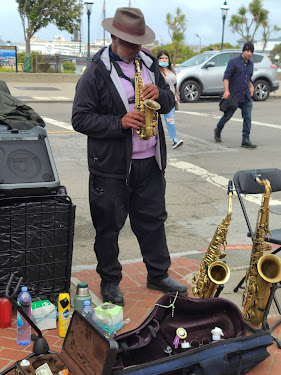 And then I made it to the Aquatic Park area and tried to get a picture of the TransAmerica Pyramid through the clouds: 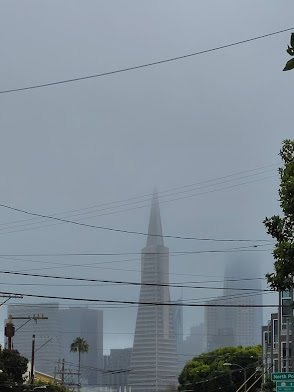 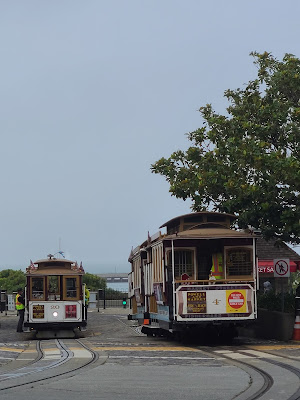 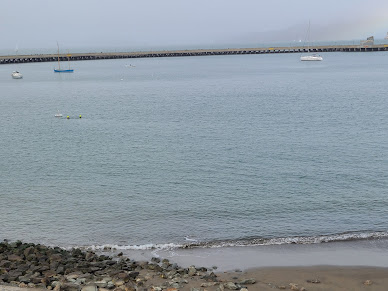 Made my way to Fort Mason and had to take a pic of the Chapel there and the Golden Gate Bridge through the clouds: 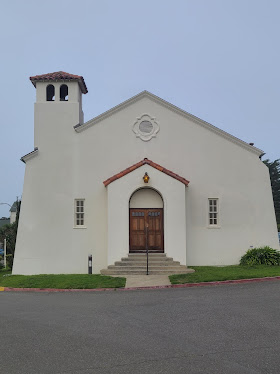 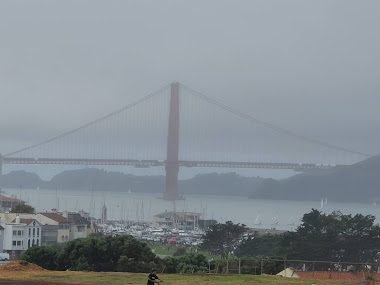 Then I finally made my way back downtown and the War Memorial Building and I had to return some books to the main library (I love the view looking up): 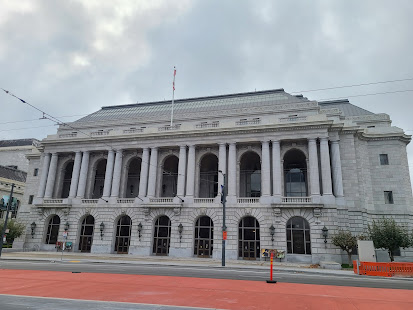 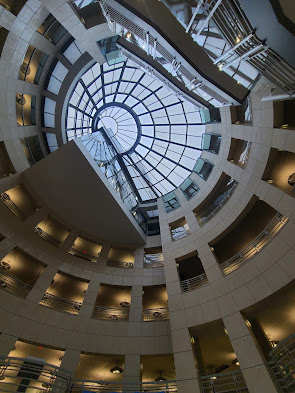 And there was some food along the way, a burger and fires at Ziggy's Burgers and a snack and beer at Radhaus: 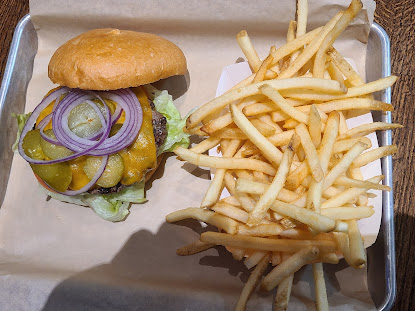 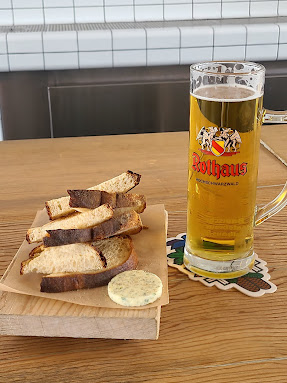 The funny thing was when I got across the bay, the sun finally came out.