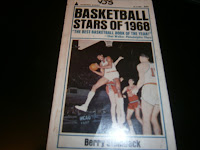 Basketball Stars of 1968 is one that I love because it is a great look back at the game from yesteryear. I just love these books. It has profiles of a lot of players (and the ones they pick are all in the Hall of Fame) and also has a profile on the dominant college player-Lew Alcindor. It has team profiles (anybody remember the Cincinnati Royals). I am always looking for books like this as I love reading things that written in the moment and seeing if the predictions have come true or not. 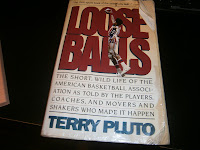 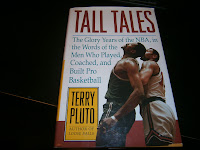 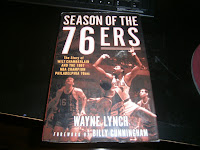 Season of the 76ers by Wayne Lynch is a great account of one of the greatest seasons by a team in NBA history. Lynch chronicles the 1967 Philadelphia 76ers who won a then-record 68 games.  The team had Billy Cunningham, Chet Walker, Luke Jackson and Wilt Chamberlain.
I like the game-by-game recount of the season. 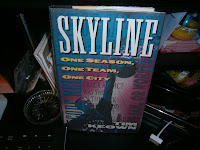 Skyline by Tim Kewon has been one of my favorite books. It chronicles the 1992-1993 Skyline High School basketball team in Oakland, Ca. Kewon does a great job in going into the difficulties of being a player, a fan or coaching an inner-city team. It is written in vain of Friday Night Lights, but to me it is better as it goes into the social conditions that these players go through. Also, it is personal to me as Skyline is close to where I grew up. 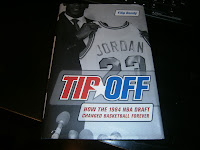 Tip-Off by Flip Bondy is a great book about the 1984 draft and how it changed the NBA. I remember when Portland selected Sam Bowie over Michael Jordan. One reason that I love the book is that he really goes into the 1984 Olympic Trials in describes how Charles Barkley, John Stockton and Karl Malone were cut from the team and lesser lights made it. A great read. 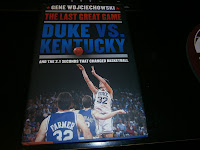 The Last Great Game by Gene Wojciechowski is a newer addition but is   a great read. Besides going into that great game 20 years ago. Wojciechowksi really goes into how the teams were built. The great rise of Duke in 1980's under Coach K to how Pinto rebuilt the Wildcats fast after the probation that almost landed the team the death penalty 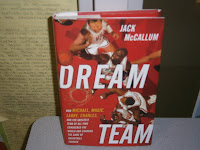 Finally, the newest addition is Jack McCallum's Dream Team. I just got done reading it a couple of days ago. I really liked it as it went into the creation of the 1992 USA Olympic Men's Select Basketball Team or Dream Team. It also went into the players and I loved the little chapters McCallum put in there with the recent interviews he did with the members of the Dream Team.

These are my favorite basketball books. What are yours?
Posted by csuhpat1 at 11:11 AM