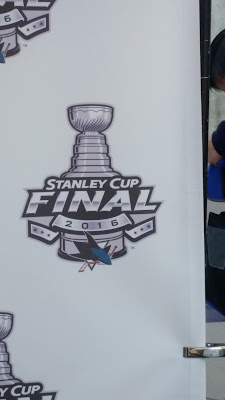 The San Jose Sharks are in the NHL's Stanley Cup Finals for the first time in their 25-year history. I was down in San Jose and had some time to kill, so I parked downtown and walked over to the SAP Center to see the happenings before Game 3 that were going on there: 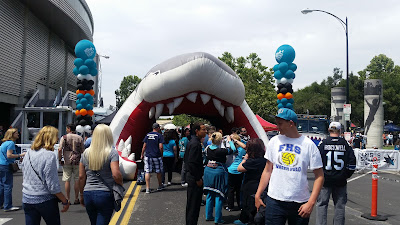 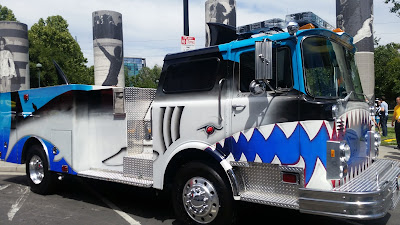 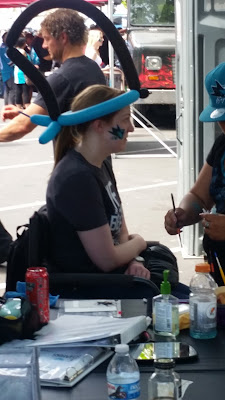 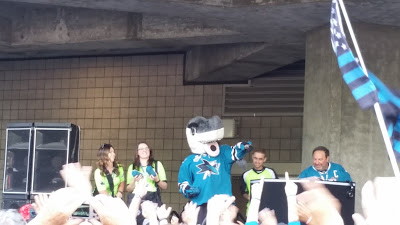 It was about 90 degrees and the NBCSN guy was complaining it was too hot and other fans were dressed for the occasion: 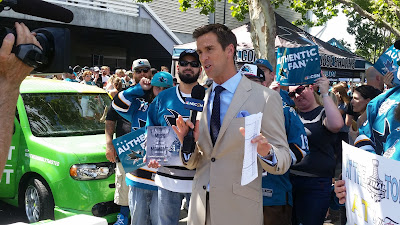 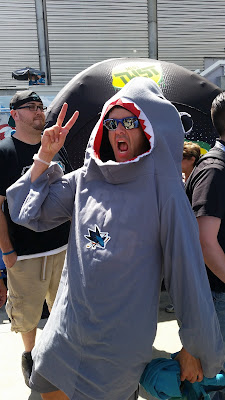 But the Shark Tank (SAP Center) was ready for the game: 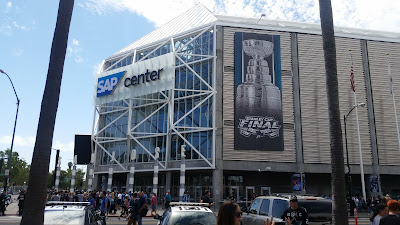 I didn't go to the game but the Pittsburgh Penguins learned that San Jose in Sharks territory as San Jose won 3-2 in OT. 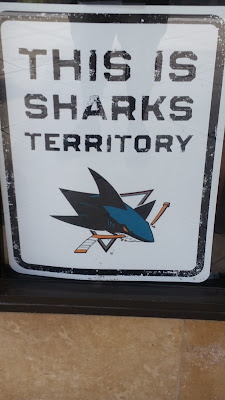