Randon Stuff from My Phone

If you follow me on Instagram (csuhpat1) I post a lot from my phone. Just random stuff I see or do. Here is some of that random stuff:

Hometown Bands For Music on Monday

Born in San Francisco, CA, raised across the Bay in the East Bay in Hayward, Ca (I am what they call Made in Hayward-all schooling including a B.A. in Hayward). So I will pick bands from the Bay  Area :

First is Y&T who is from Hayward and we used to sneak in and see them practice in a warehouse behind Toys R Us:


Faith No More from San Francisco:


Green Day from the East Bay (recorded a couple albums at a friend's recording studio):


From San Leandro/Oakland (Also, because the older Burrell's knew my brothers and his son played in the same little league divisions for five years as my son)-M.C. Hammer;


There are many bands from the region I am from. Could be here all day. Hope you enjoyed a little spot light from the Bay. 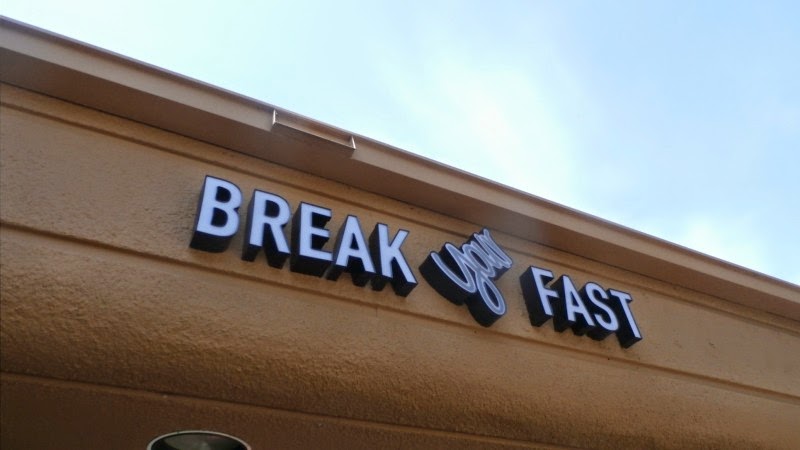 A little bit go I was looking for a place to have a quick and inexpensive lunch. I was in this strip mall and fast food wasn't something I wanted. I went to a local pizza place and they did not have any kind of lunch special. So, I saw the Break Your Fast Cafe (in Union City) and tried it. It was really good and with good prices, service and great food. I returned for breakfast a few days later:

And the food is good:

Sometimes you just need to Break YOUR Fast-I love the pun.
Posted by csuhpat1 at 7:41 AM 5 comments: 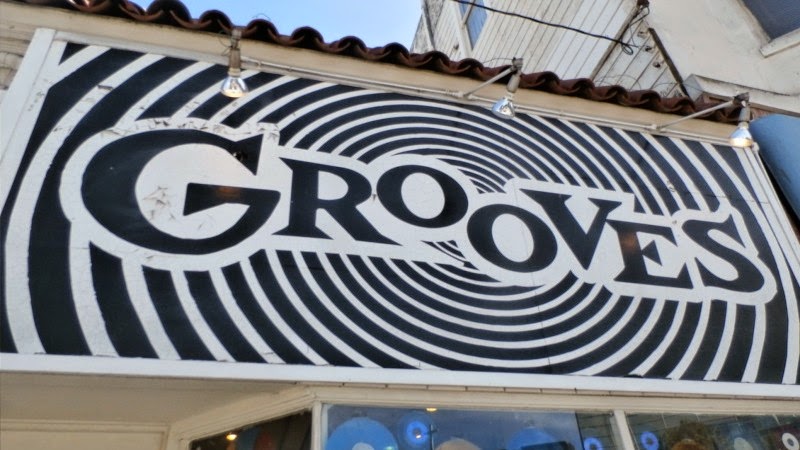 I got to go to one of my favorites places-Grooves. Grooves is an used record store that is so cool that it is groovy (sorry). They have the coolest stuff-records ranging from rock to jazz to soul to classical plus some other things thrown in. You can spend a whole afternoon there going through the boxes:

And now the good stuff:


I bought this, even though I have in I-Tunes and a CD, I had to buy it in record:

Grooves is one of the coolest places in San Francisco.
Posted by csuhpat1 at 12:46 PM 25 comments:

Some Disney to Dance To


And because I love the movie version 100 times better instead of the official video:

I did this two years ago and what the heck, I might as well do it again. With the beginning of NFL training camps this week, I might as well share some the new football books I have added to my stable. Above is the Hall of Fame 50th Anniversary book. I like it because it has pics of a lot of artifacts from the game.

Here are some more:

"Bart Starr-America's Quarterback and the Rise of the National Football League"-2012 is a great as it goes into the man. We all know that Starr was a great player, but he is an even better human being.

"The Ten-Gallon War"-2012 is about the battle for Dallas between the AFL's Dallas Texans and the NFL's Dallas Cowboys. It is really good and it shows how the AFL and NFL operated during the first years of the war. 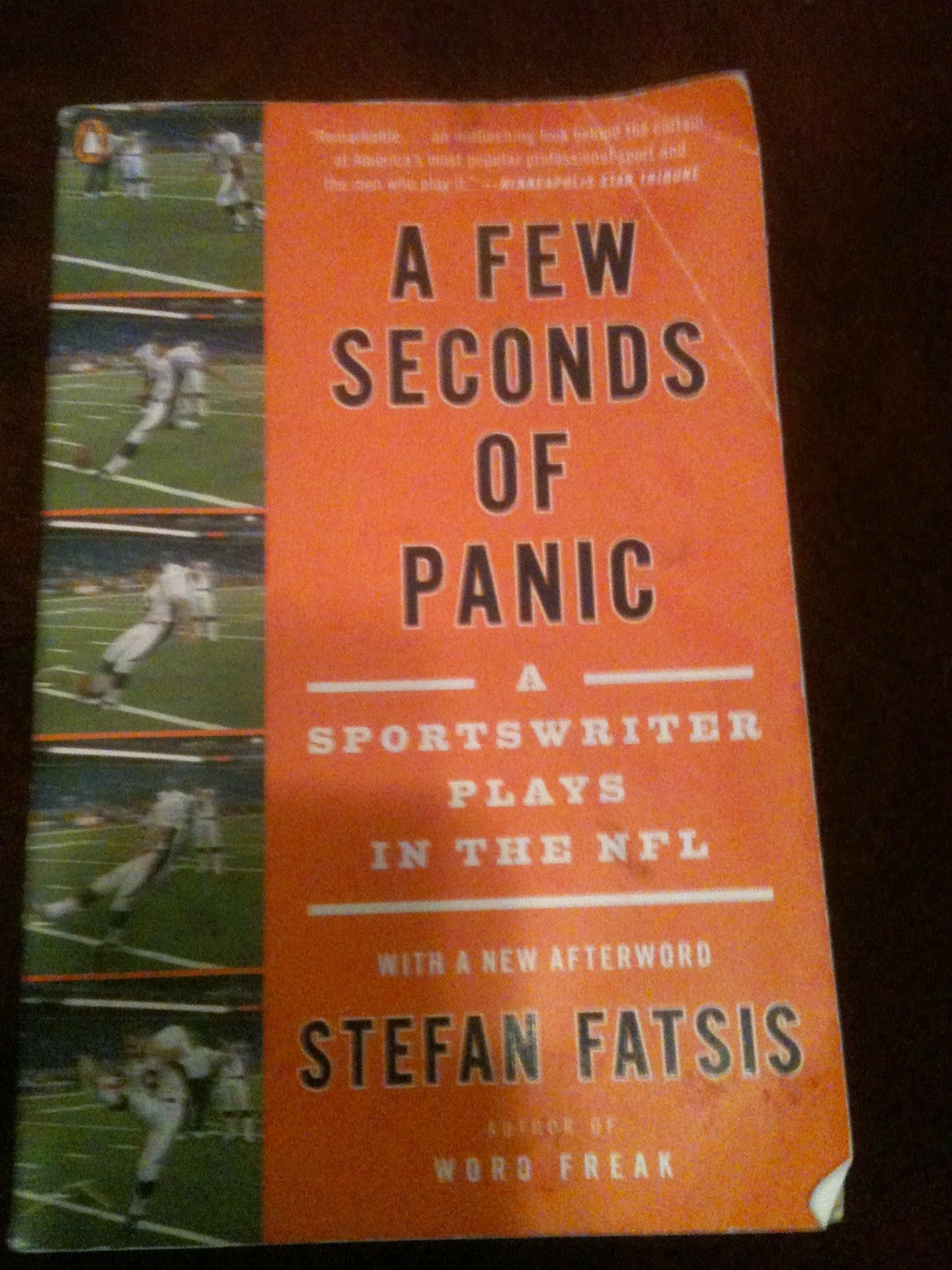 "A Few Seconds of Panic" is about a sportswriter (Stefan Fatsis) going to training camp with the Denver Broncos as a kicker. Fatsis really goes into what it takes to make it to the NFL. He does not focus one the stars but on the common players that people do not hear about. 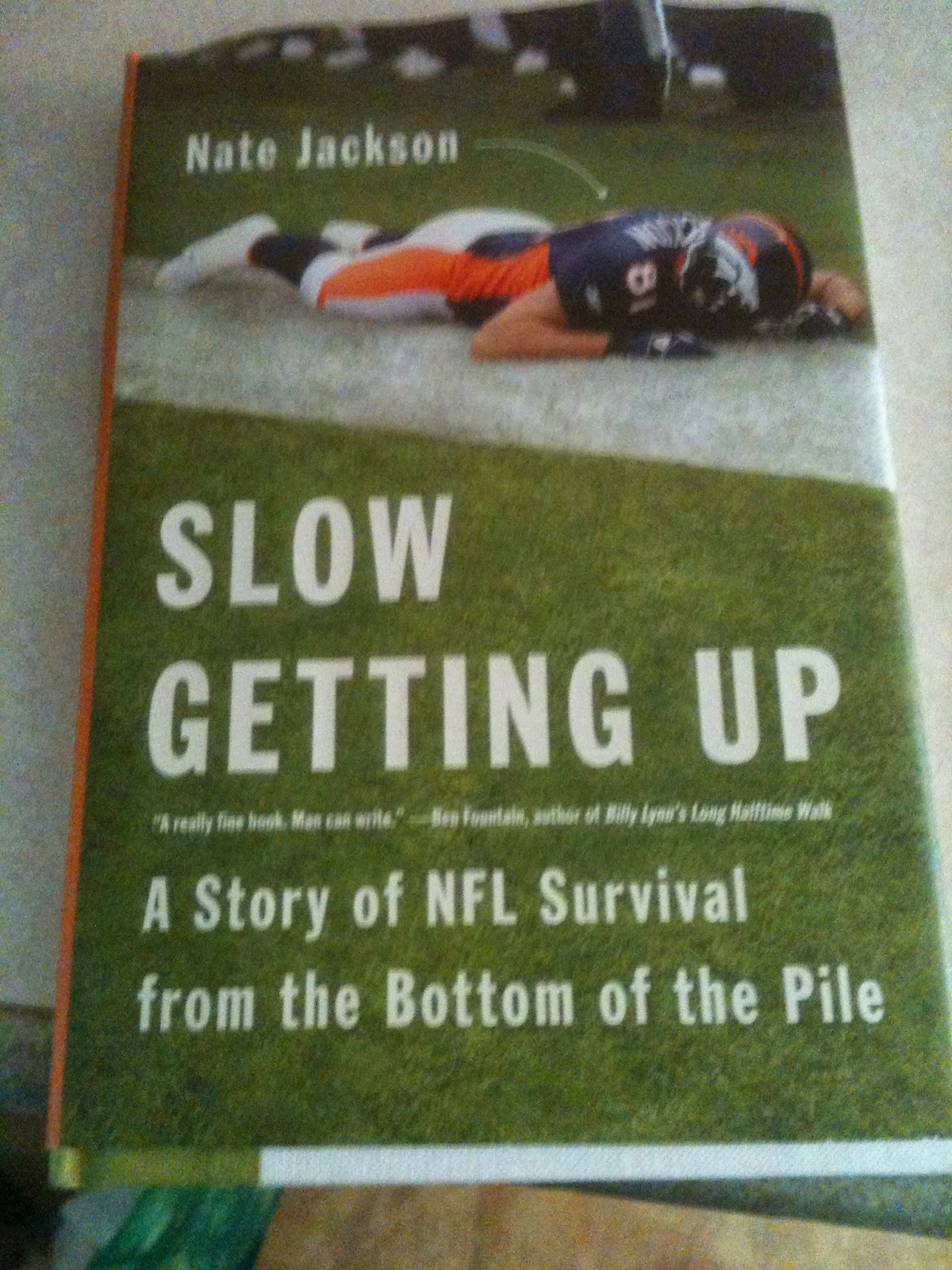 "Slow Getting Up"-2013 is Nate Jackson's memoir of his six seasons in the NFL. He is a Bay Area kid and it really shows what the common player goes through in the NFL. A great read. 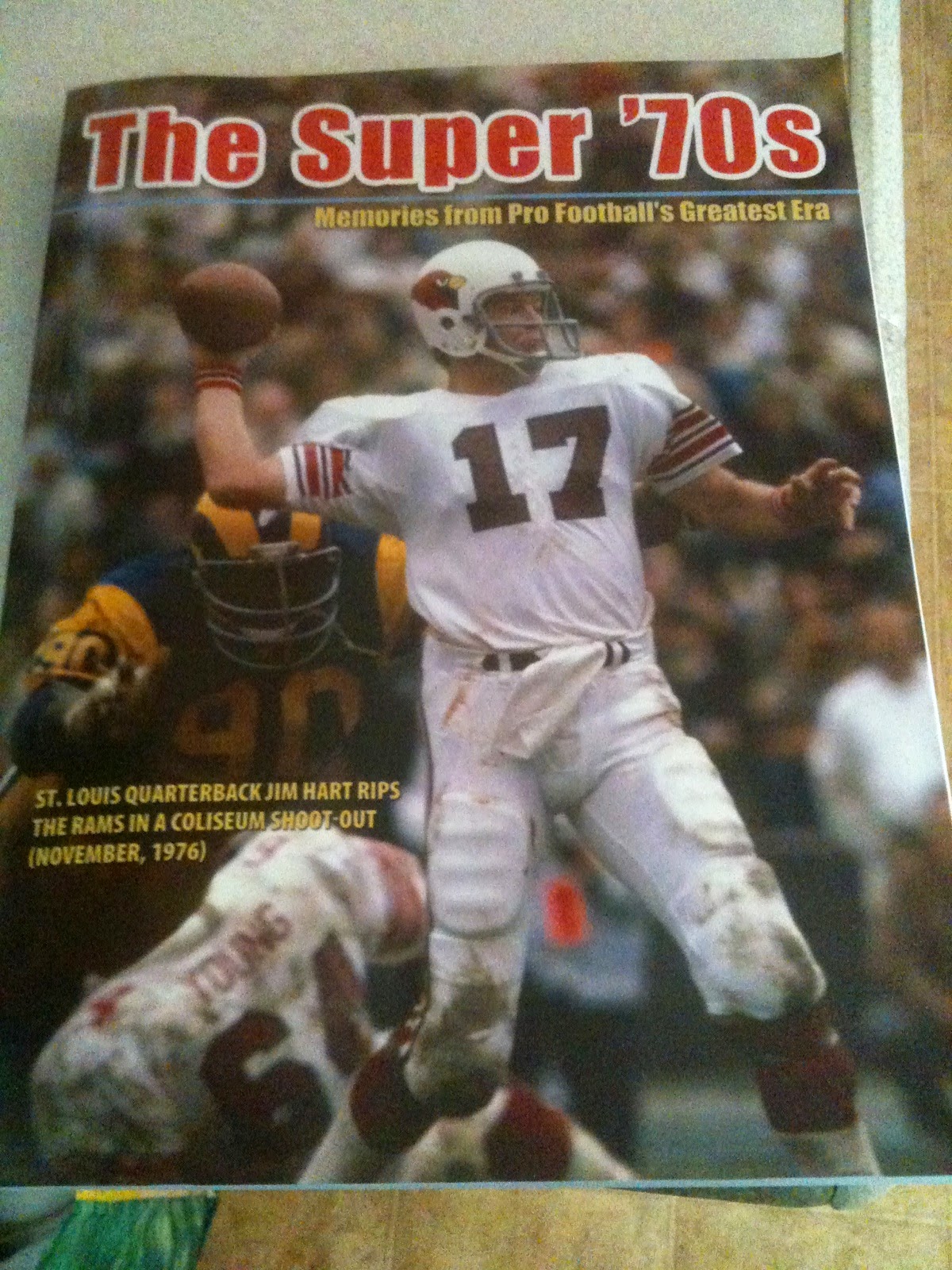 "The Super 70's"-2005 is an oral history of a great time in pro football-the 1970's. I first started to get into the game during this time. Love the interviews with the players and coaches of the era.

The next two are both related to 1972 Miami Dolphins, the only team to go undefeated: 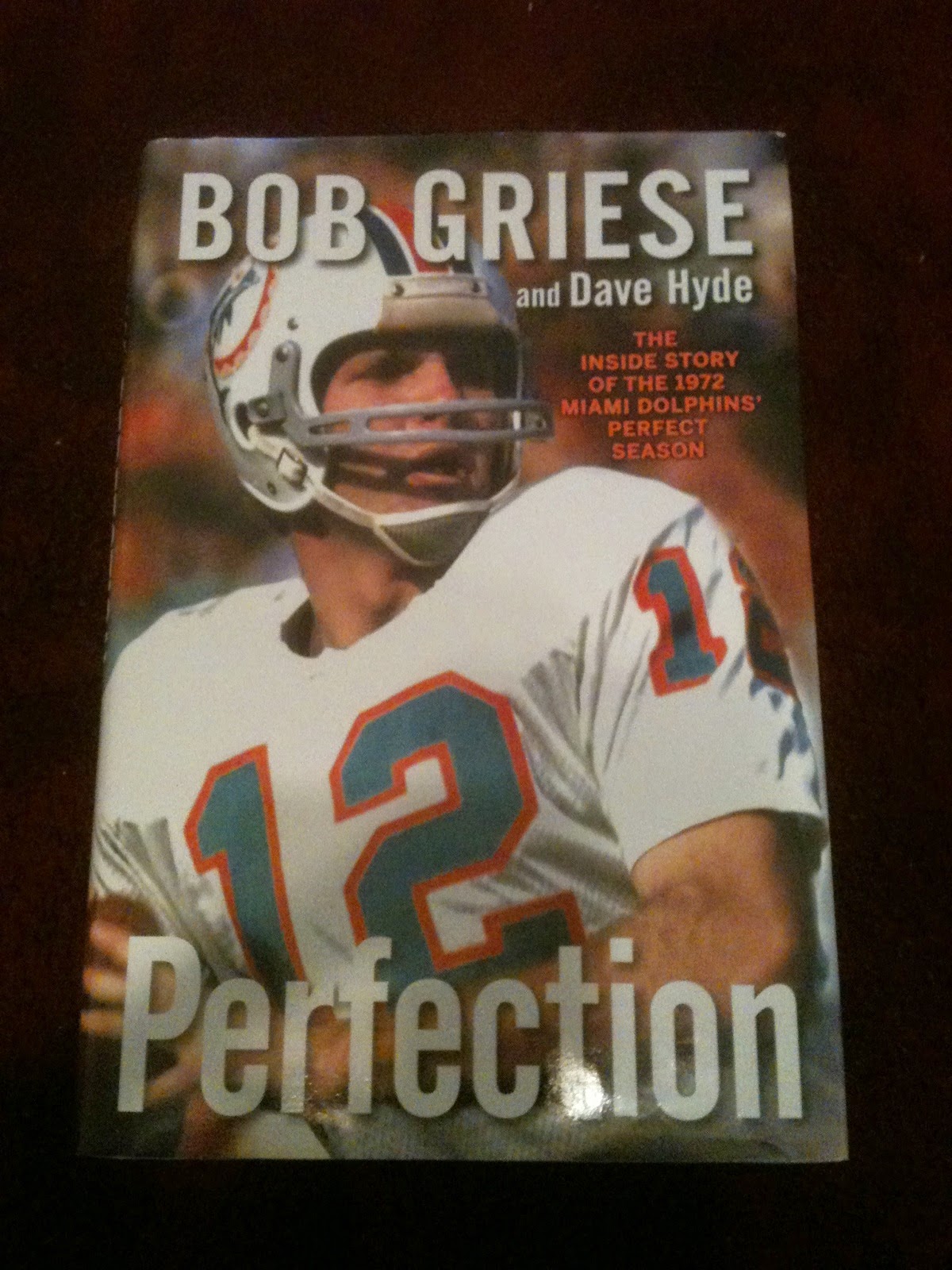 "Perfection"-2012  is Bob Griese's memoir of that 1972 season. Really well written and tells a great inside story of that team. 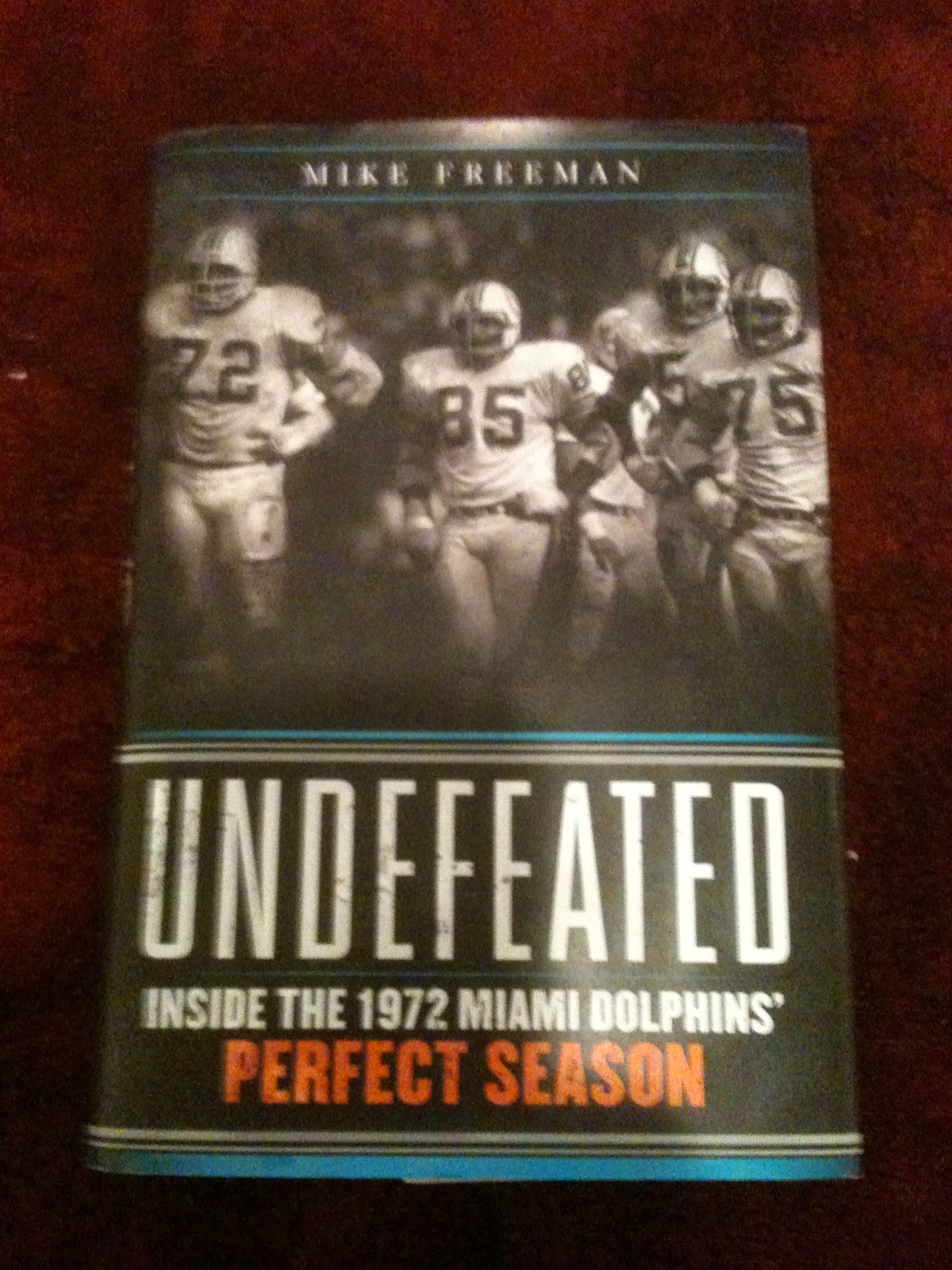 "Undefeated"-2013 is based on interviews with both the players and the coaches. Another well-written book that tells the story of that team 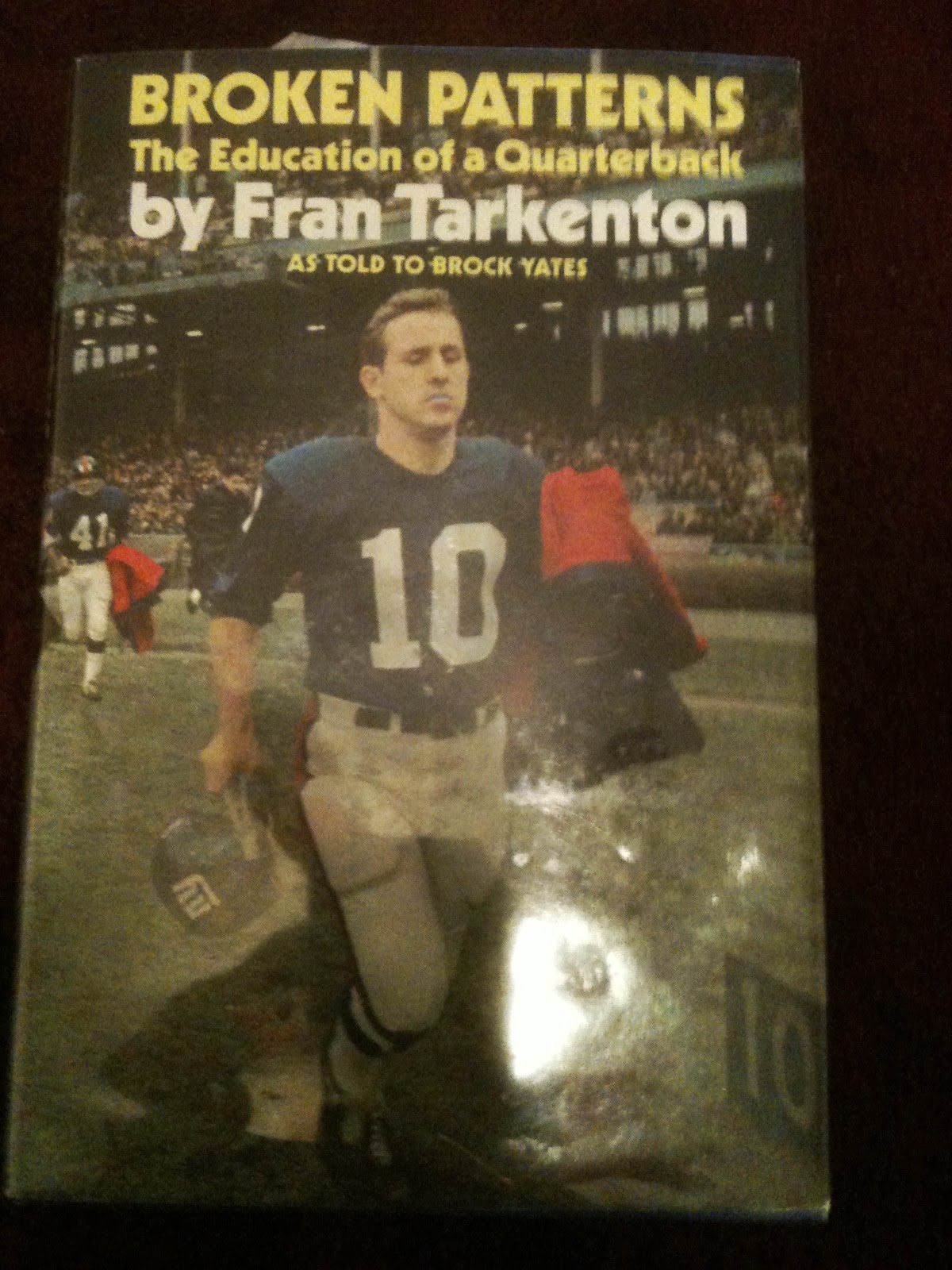 "Broken Patterns"-1971 was written by Fran Tarkenton about the 1969 New York Giants and the total dysfunction of that team. Very good. 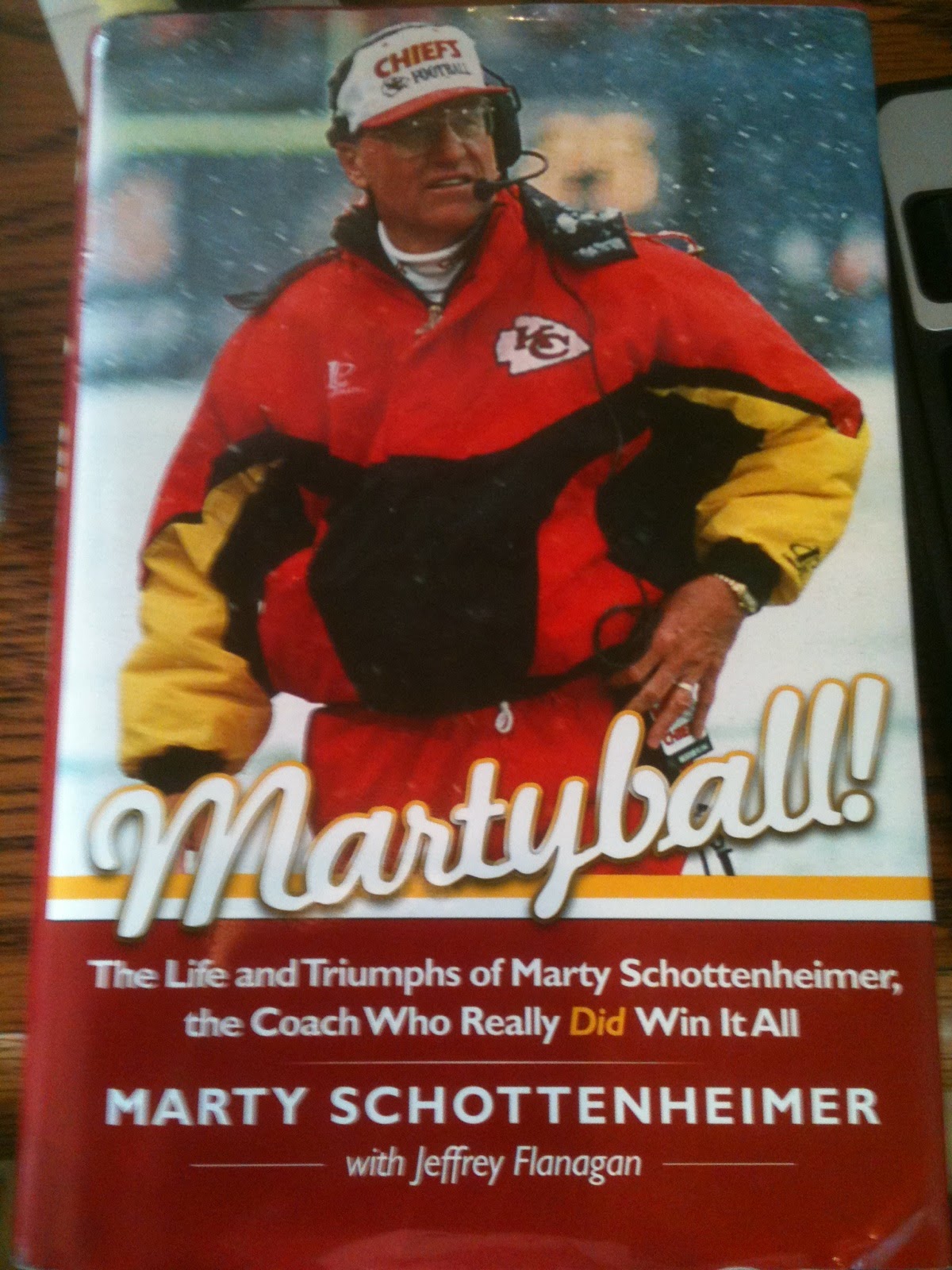 "Martyball" -2012 by Marty Schottenheimer. Great book, written by one of the greatest coaches in NFL history.

There are some my newest additions to my NFL library, have you read any of them???
Posted by csuhpat1 at 5:29 PM No comments:

A while back, I found a 1949 Rose Bowl program at a sale. It was $12.00 but it was half off and I got it for $6, so I was happy. Hey, CAL played in it. What was really cool were the ads inside. It is always amazing to look at the world and what it was like back in the day:


The coolest thing is that I found a ticket stub inside of it: