Going to these street fairs, celebrations, etc., I have noticed that the local "cool" (Top 40) music stations always have booths at them. I have been stopping at them and grabbing the movie stuff that they have there. It is nothing big just a bunch of mini-movie posters, buttons and other assorted stuff. I just pick it up and take it home and put it in a box. I guess I am hoping that future generations of my family will pass down the box and who knows it might show up on whatever Antiques Roadshow is around a 100 years from now. Who knows:

And then you have the traditional mini-movie posters:

Who knows if I keep going to these things I might have a true collection.
Posted by csuhpat1 at 10:44 AM 3 comments: 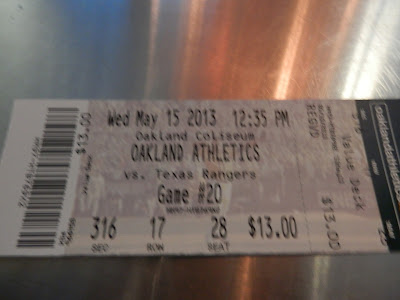 I know my ticket is a little bury, but I like showing it. I guess for me, it proves I was there. I am goofy like that. Anyway, I decided to focus on the game as O.Co Coliseum has not changed since last year. No trees have grown in the outfield and no fences were built. It is still hated by the A's owners but I am just happy to have Major League Baseball in my world:

Got some Rangers before the game:

One thing I have OCD about is getting a media guide from a team. The first time I go for the year I head to the team shop and get a media guide. Well, in Oakland (even though it was just the 20th home game of the year) it was like Jonah looking for the whale. I found a vendor who had the last one in the stadium and I had to get it:

On to the game:

The A's lost 6-2 but any day at the yard is a great day, even if your team loses: 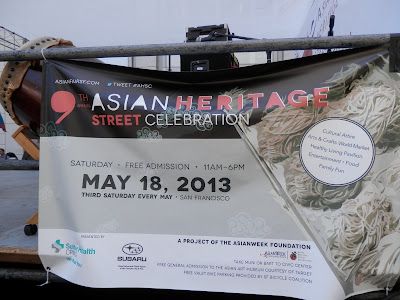 Last week I went to the Asian Heritage Street Celebration that was held in San Francisco. It was really cool:

The Asian-Heritage Street Celebration was really fun and I can not wait for next year.
Posted by csuhpat1 at 11:50 AM No comments:

As promised, here is Part II. This mostly the other artifacts that the exhibit had. I thought it was really cool thing to see. Most of the artifacts are from the First Emperor (Qin Empire) and are dated 221-206 BC. There are some that were in the exhibit that were older and I will note those:

Being a history geek, it was a real treat to see something up close that I have watched on PBS.
Posted by csuhpat1 at 9:35 PM 2 comments: 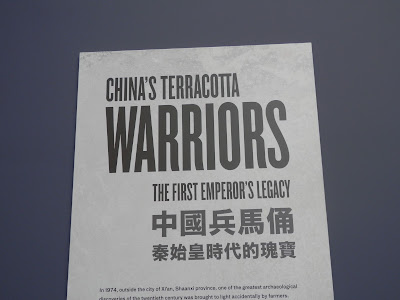 On Saturday (5-18-13), San Francisco hosted the Asian-American Heritage Street Fair (a blog on that will be coming) in Civic Center Area of San Francisco. One of the cool things was that the Asian-American Art Museum (that is two blogs-super cool place) opened its doors for free. For the special exhibit of China's Terracotta Warriors it was a mere $10 to see it. It was the bargain of the decade. It was just too cool.

A little history: China's Terracotta Warriors were discovered by local farmers in 1974. They date back to the first Emperor of China-the Qin Empire (221-206 B.C.). The Terracotta army was funerary art and was buried with him to protect him in the after-life.  Current estimates are that in the three pits containing the Terracotta Army there were over 8,000 soldiers, 130 chariots with 520 horses and 150 cavalry horses, the majority of which are still buried in the pits near by Qin Shi Huang's mausoleum. The majority are still buried in the pits. There were some items in the exhibit that are older. I am going to do this in two parts, I hope my pics did to them justice:

The next four pics are bronze waterbirds that were found 3km northeast of the first Emperor's tomb and are from the same period 221-206 BC: 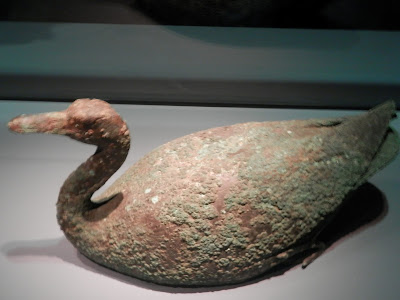 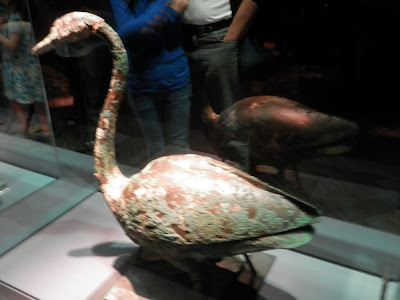 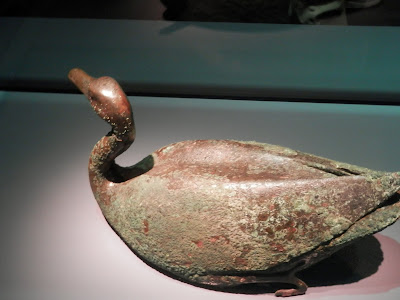 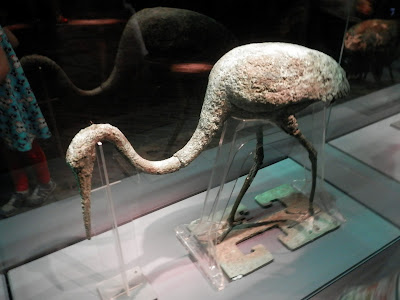 Will do Part II, tomorrow. I promise.
Posted by csuhpat1 at 8:40 PM No comments: