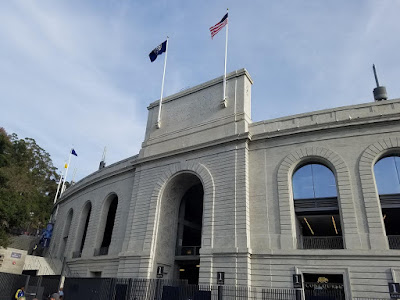 I went to the Washington/Cal game a couple of weeks ago. It wasn't much of a game as Washington crushed Cal 66-27 but fun part was seeing Memorial Stadium at night. Because of the non-existent parking, most Cal fans take BART (our subway) but with games starting at 7:30pm and lasting almost four hours and with BART closing at midnight, you are cutting it close. I haven't been to a true night game in years but it was nice seeing the place all lit up: 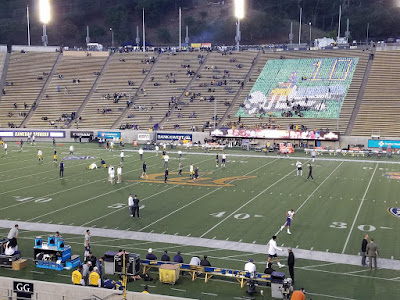 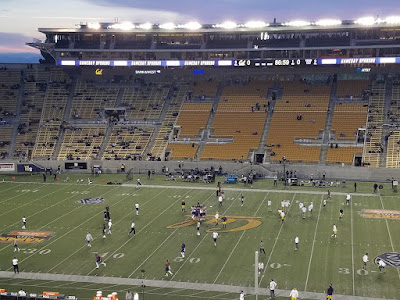 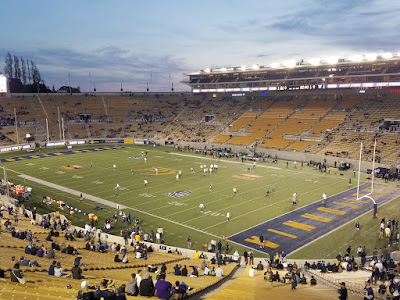 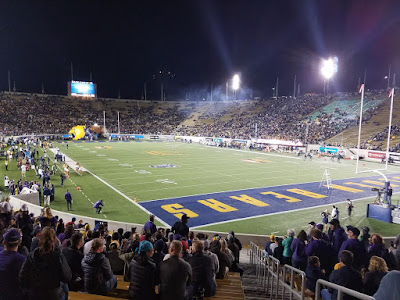 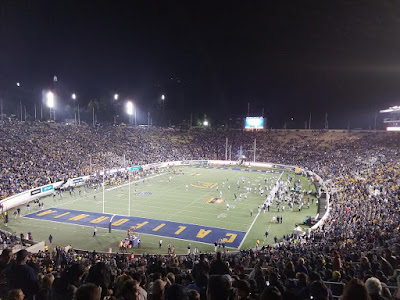 Only had my cell phone (forgot my camera), so the game shots were not great: 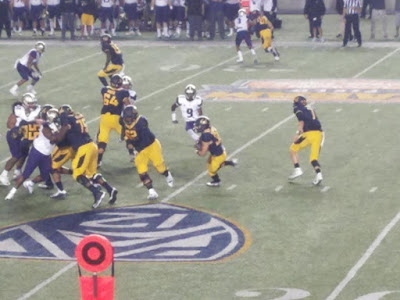 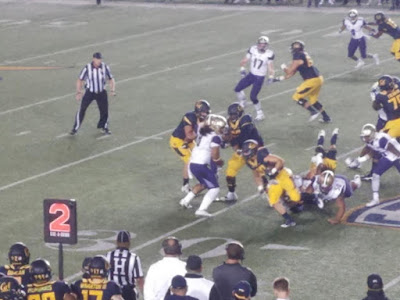 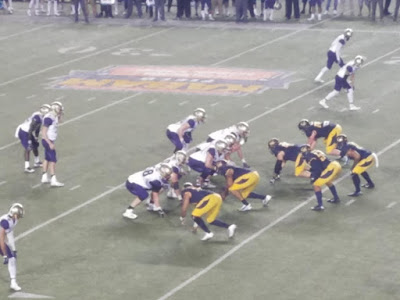 And some dufus got in  line to go in at 4pm as the gates opened at 5:30 to make sure that he got his Marshawn Lynch Bobblehead (only for the first 10,000) and saw a couple of things: 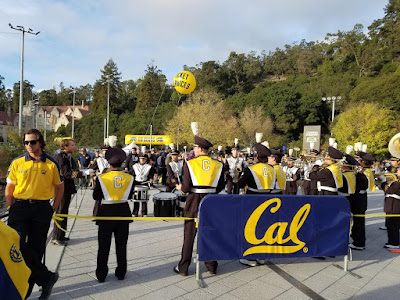