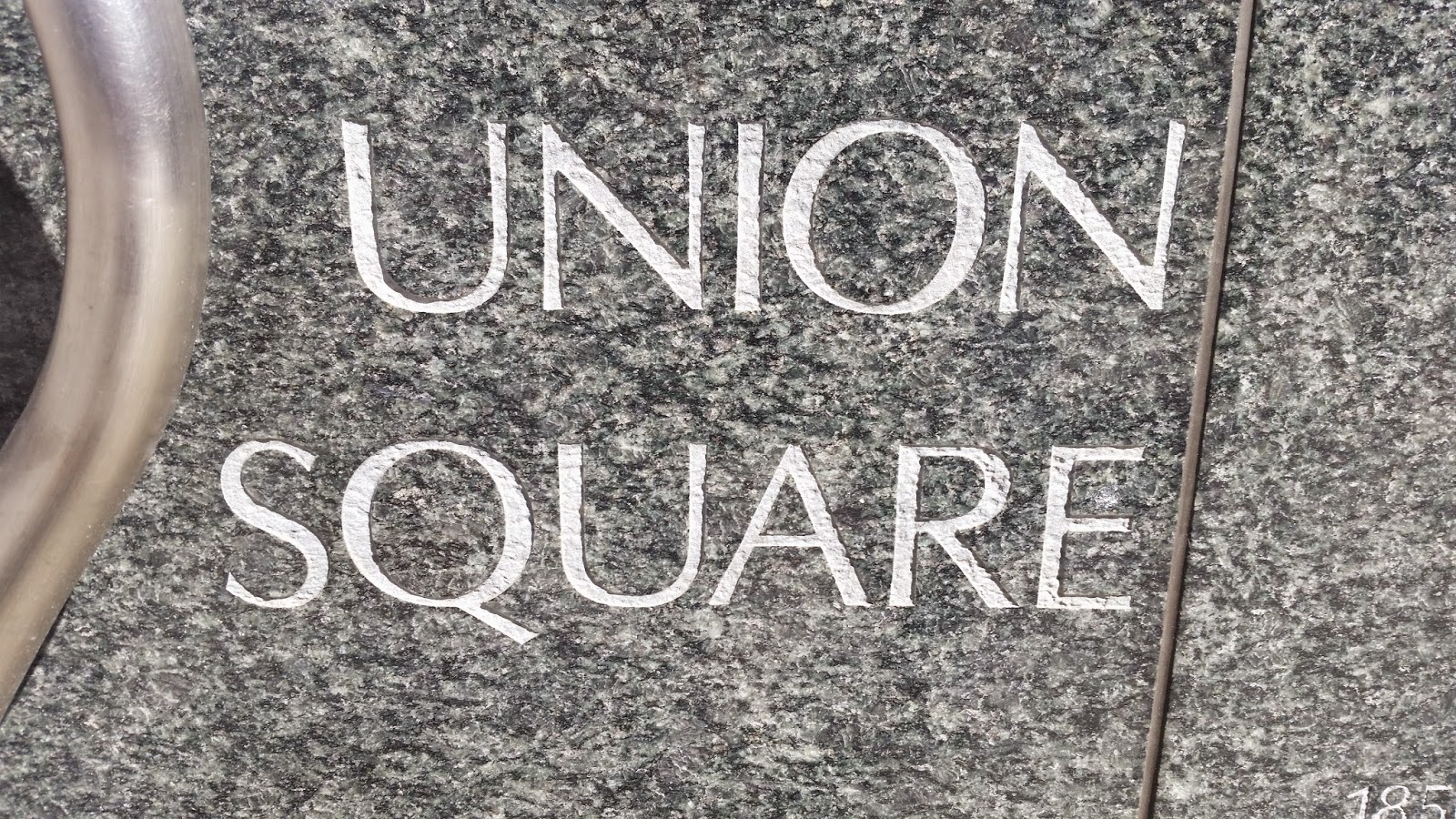 Union Square Plaza is what people call ceremonial heart of San Francisco. It has been a public park since 1850. It received its name from the pro-Union rallies during the Civil War. I have blogged about walking around the area with all its high-end shops but never the plaza.

There are four entrances to the Plaza and they all have  the big "Heroes and Hearts" there (I could only take pics of three because one entrance was closed because of construction): 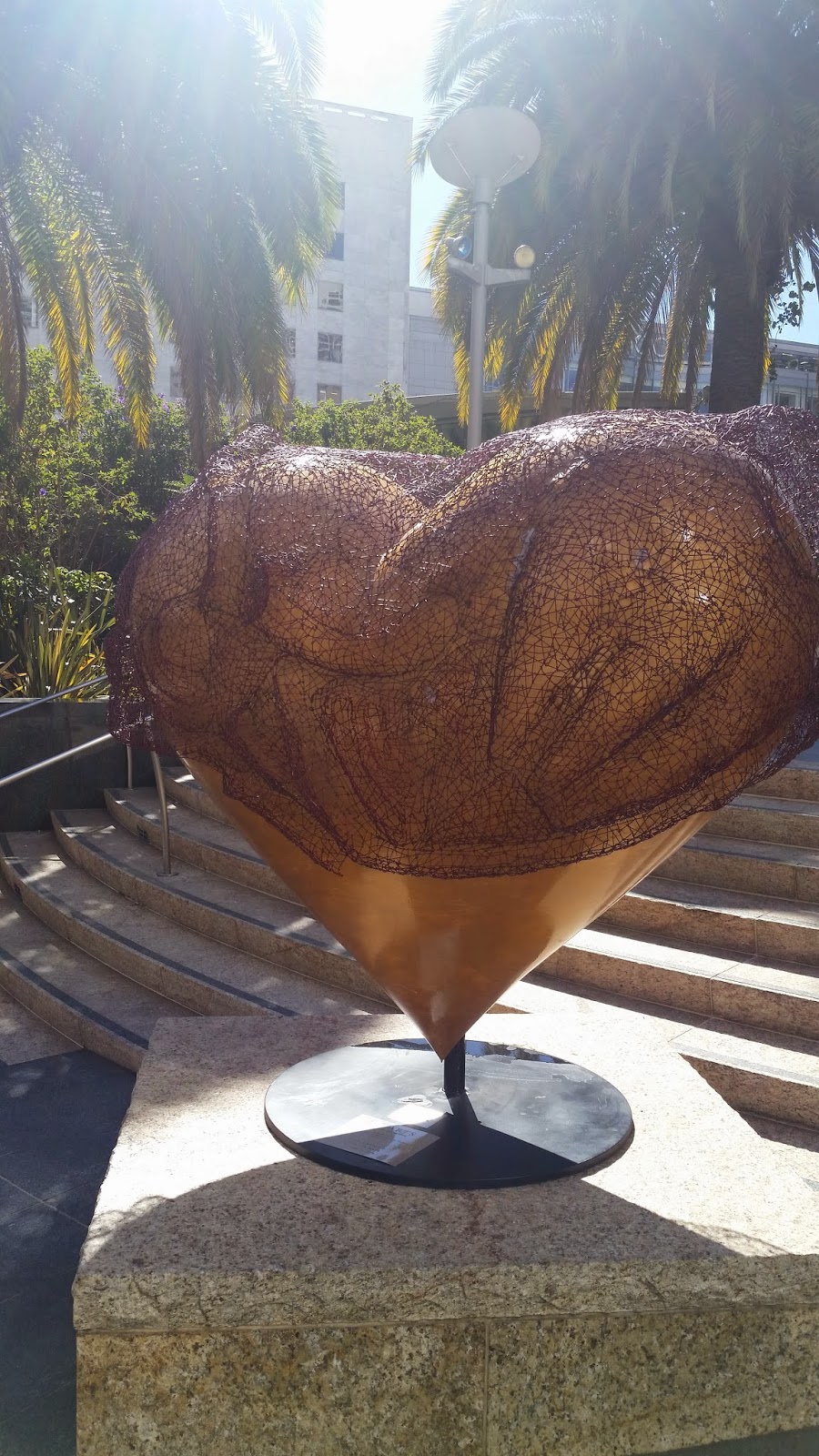 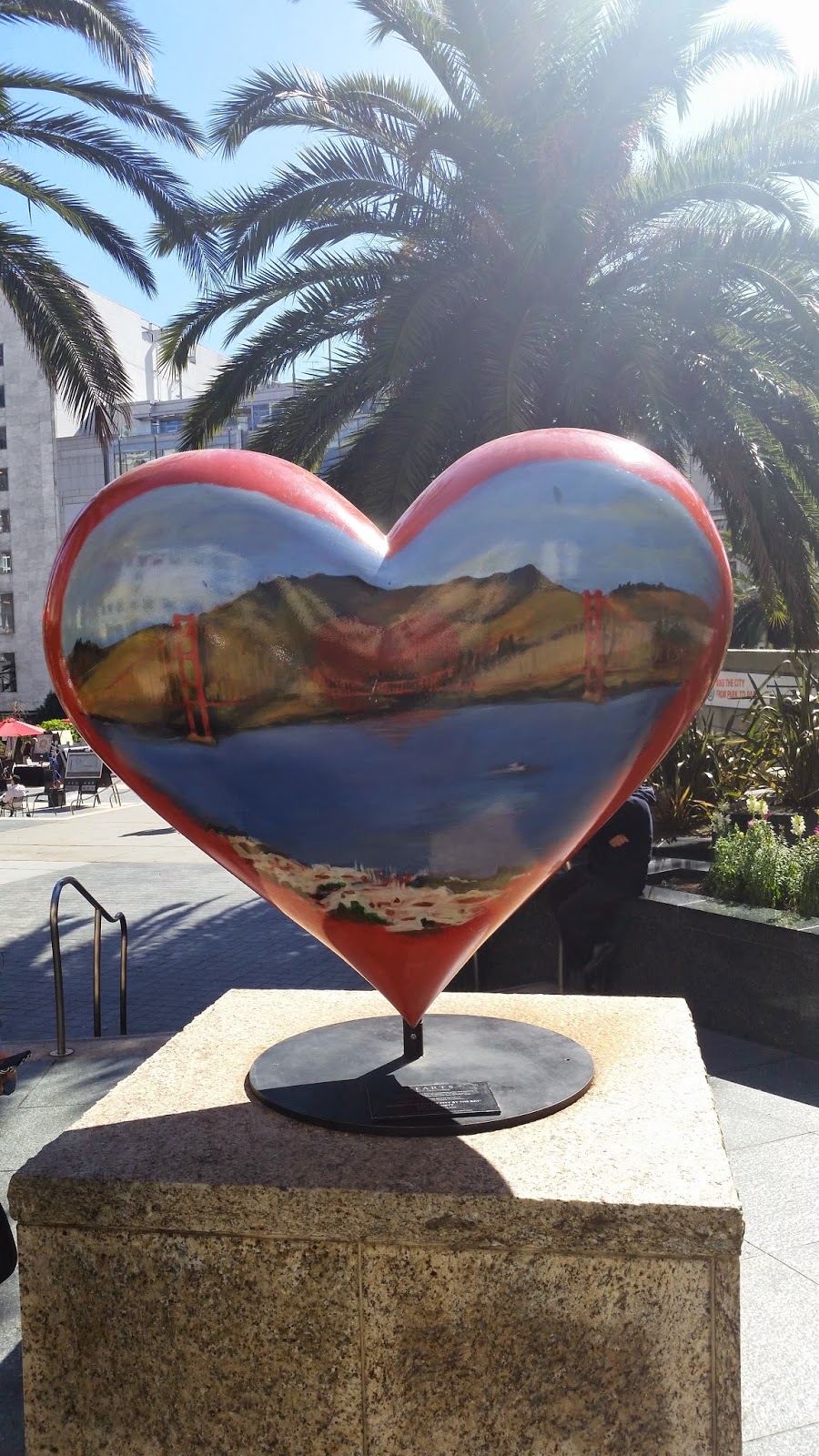 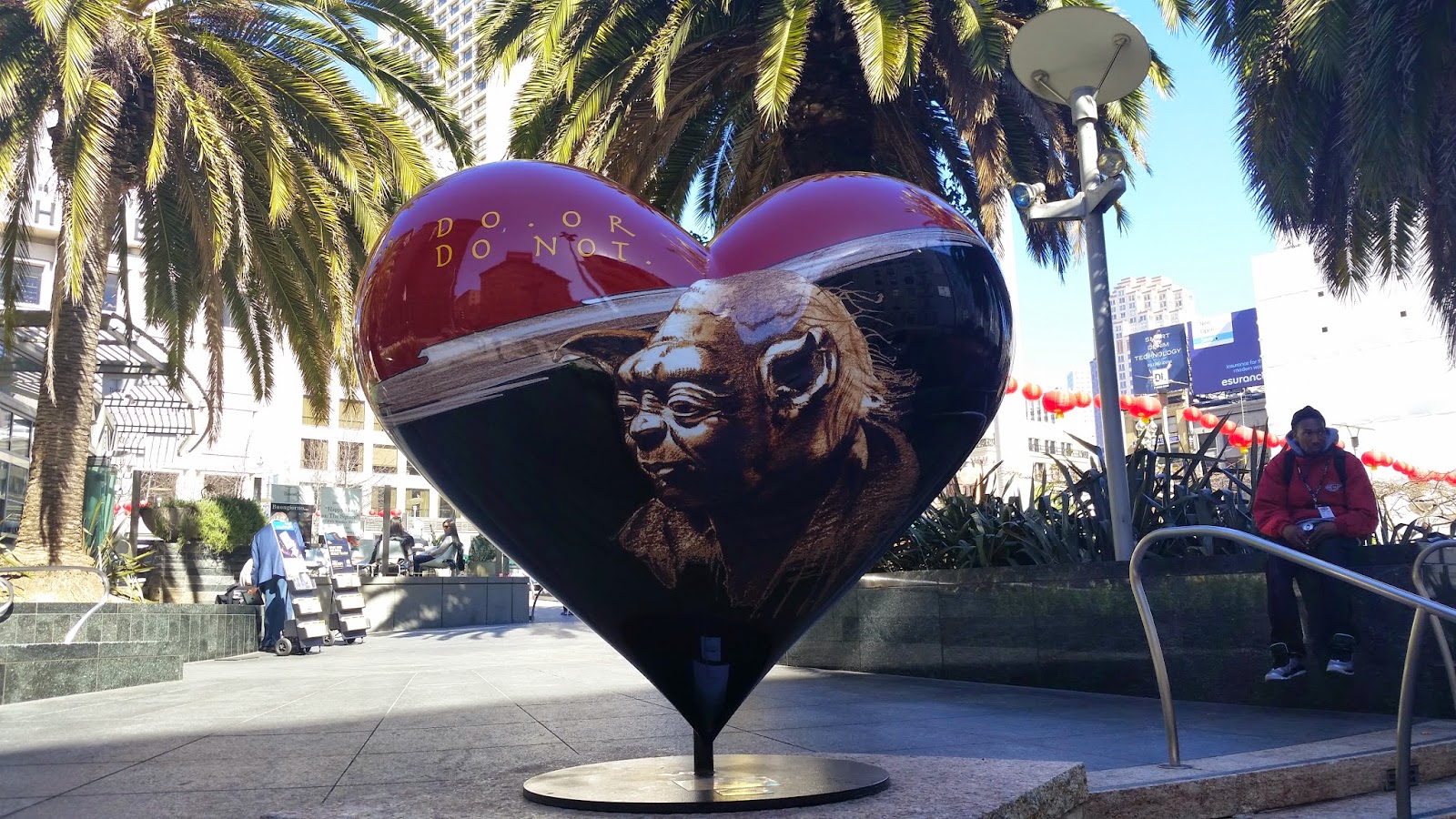 At the center of the plaza is the Dewey Memorial. It was erected by the citizens of San Francisco in honor of Commodore George Dewey's victory over the Spanish in the Spanish-American War. It was completed in 1903: 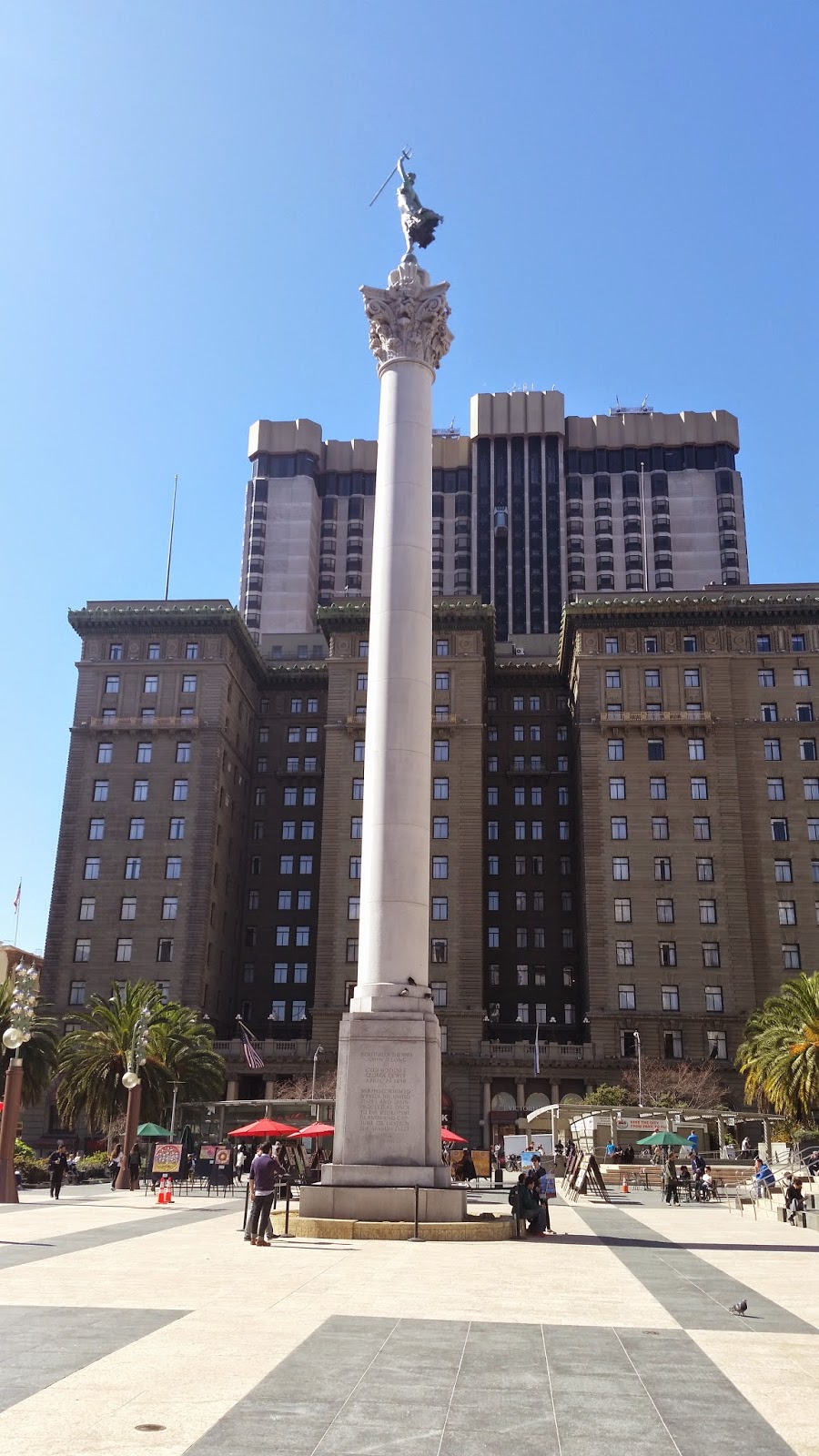 The plaza is a place to relax and enjoy: 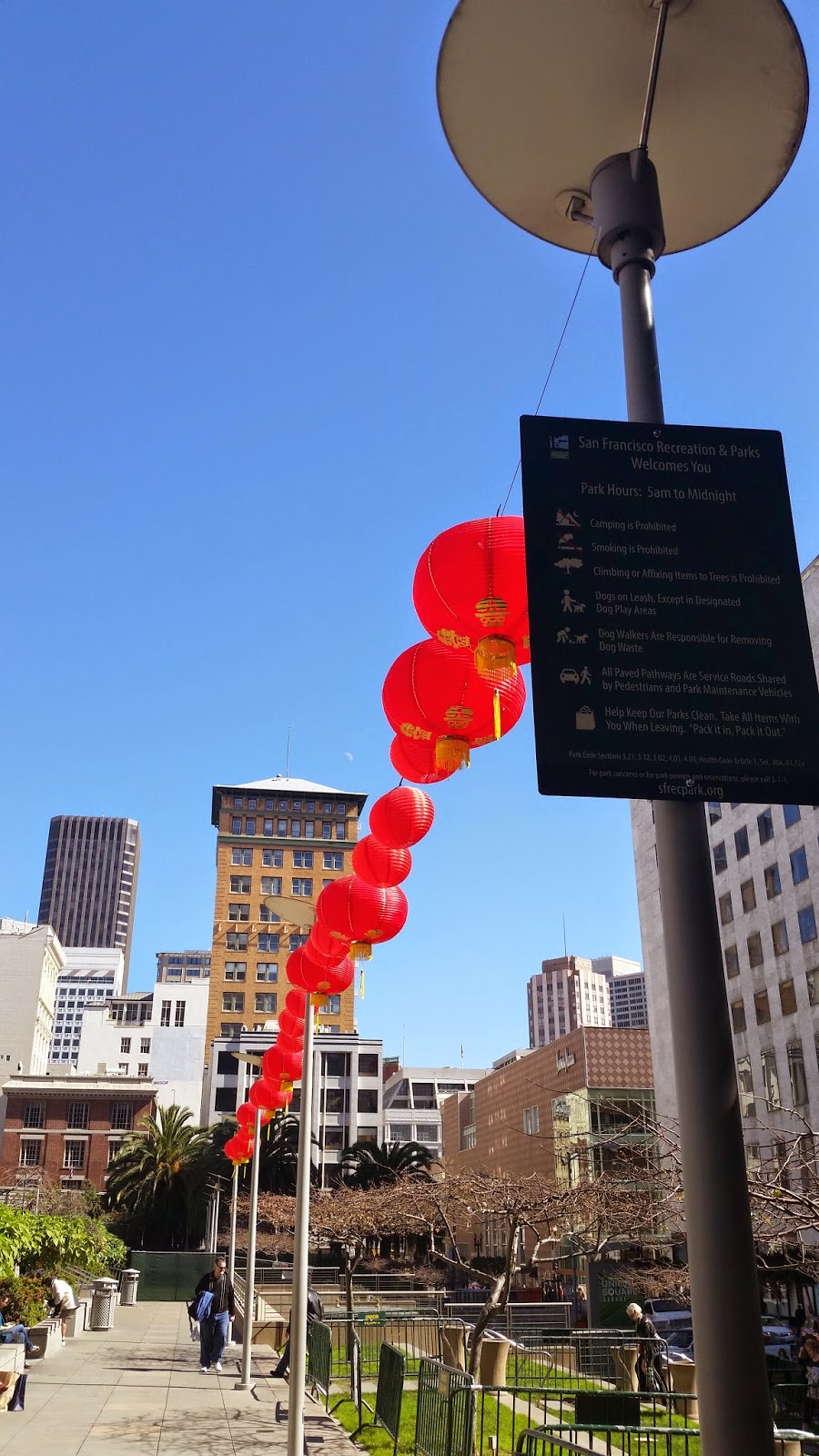 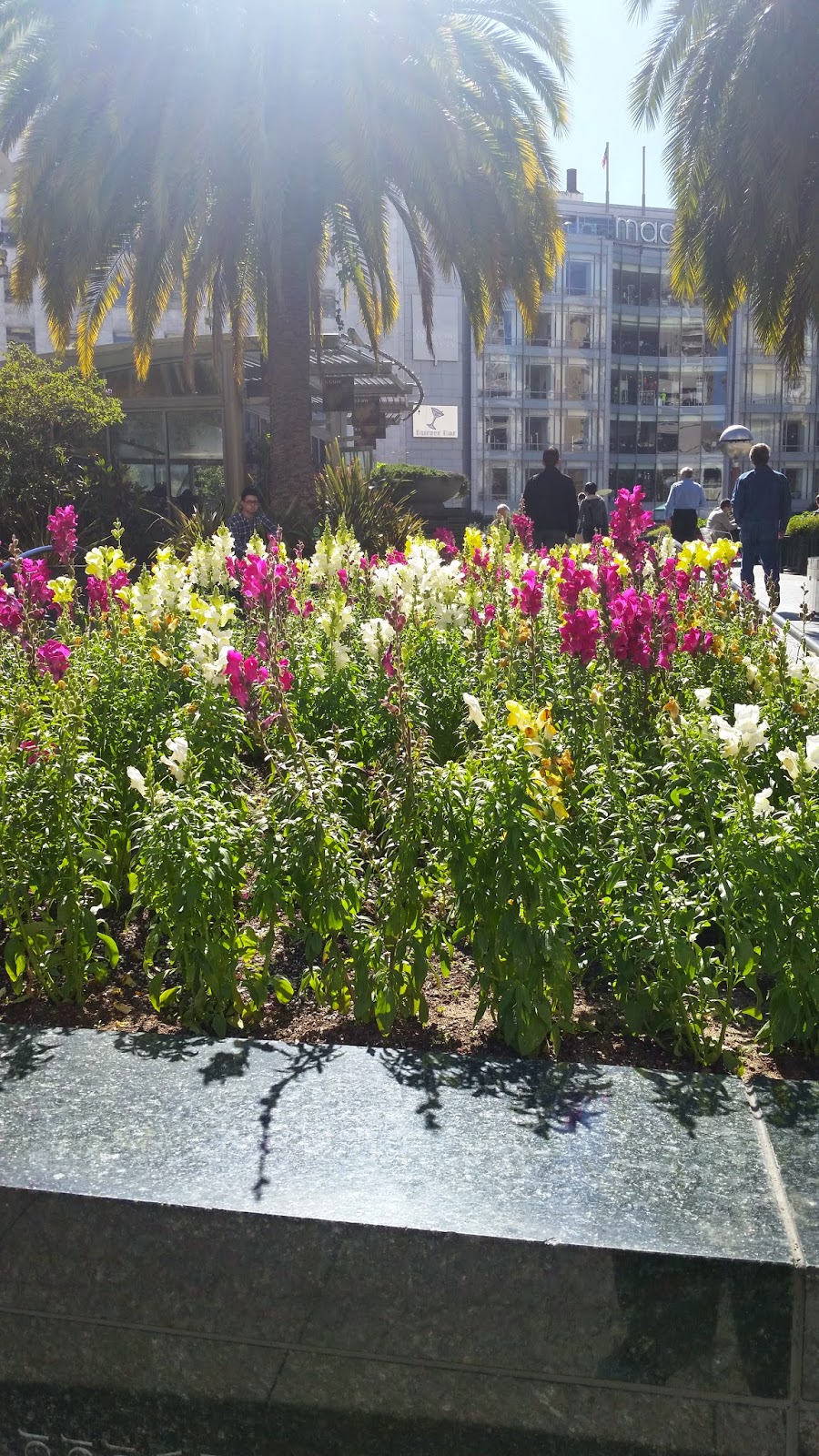 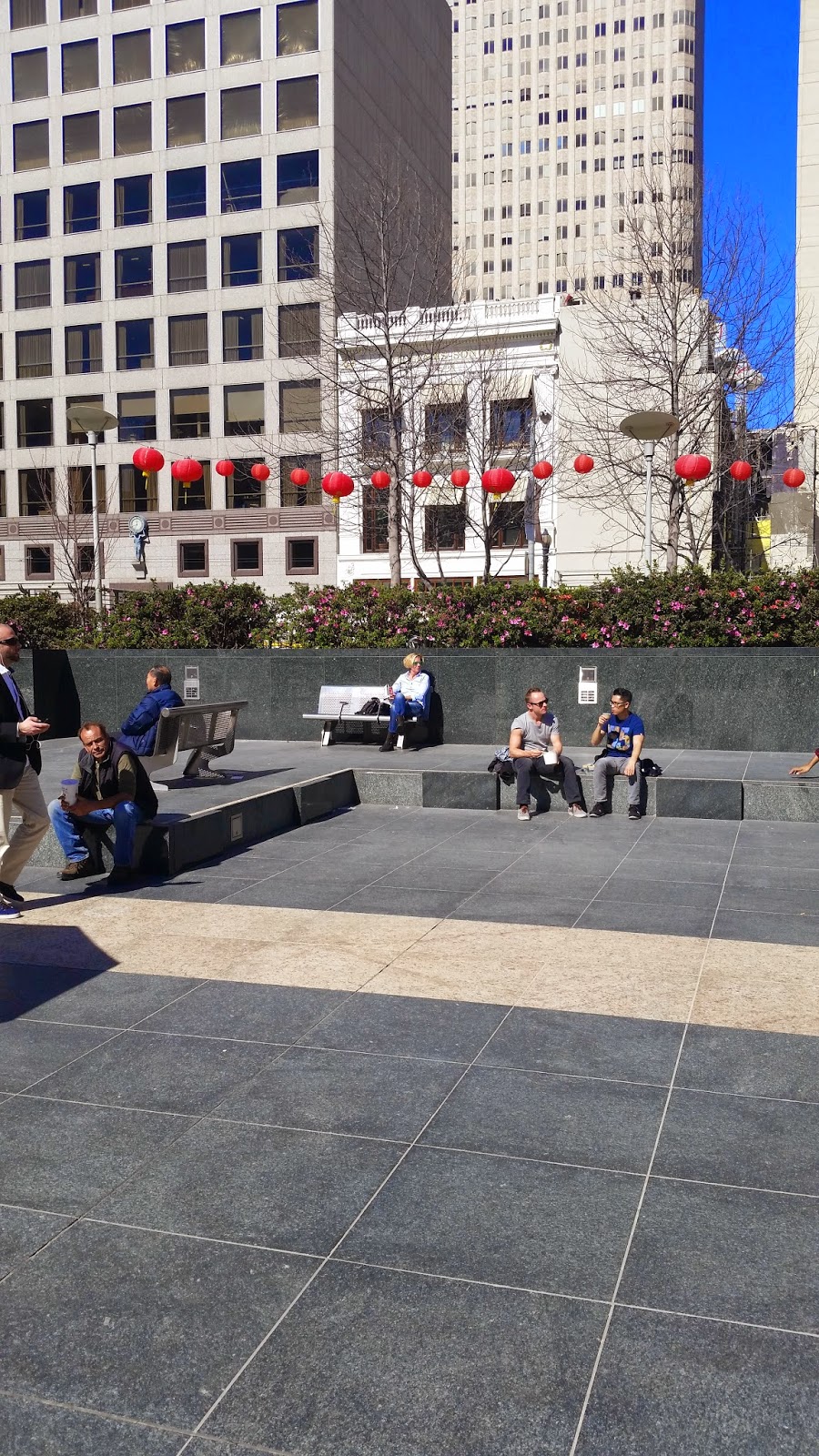 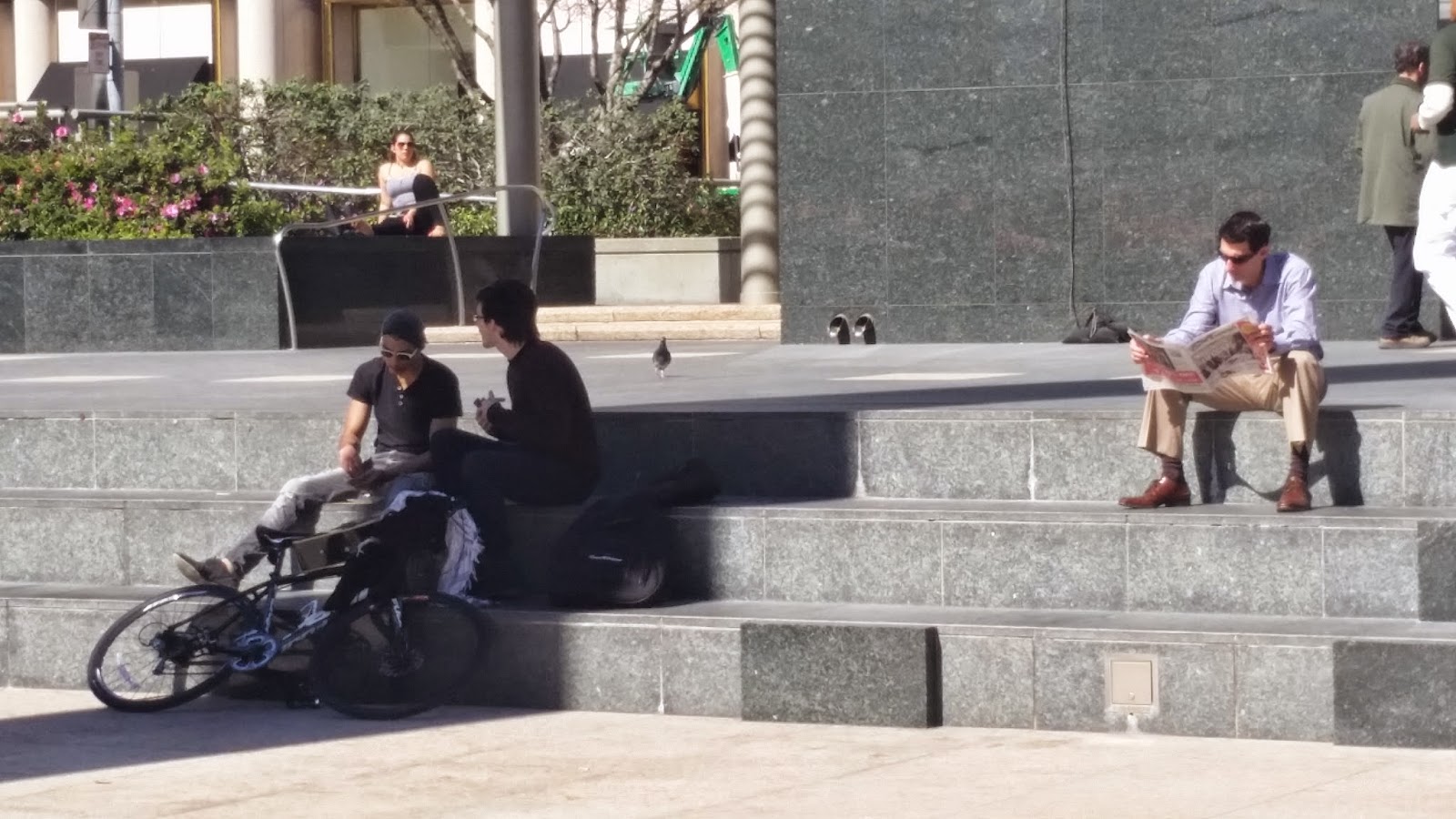 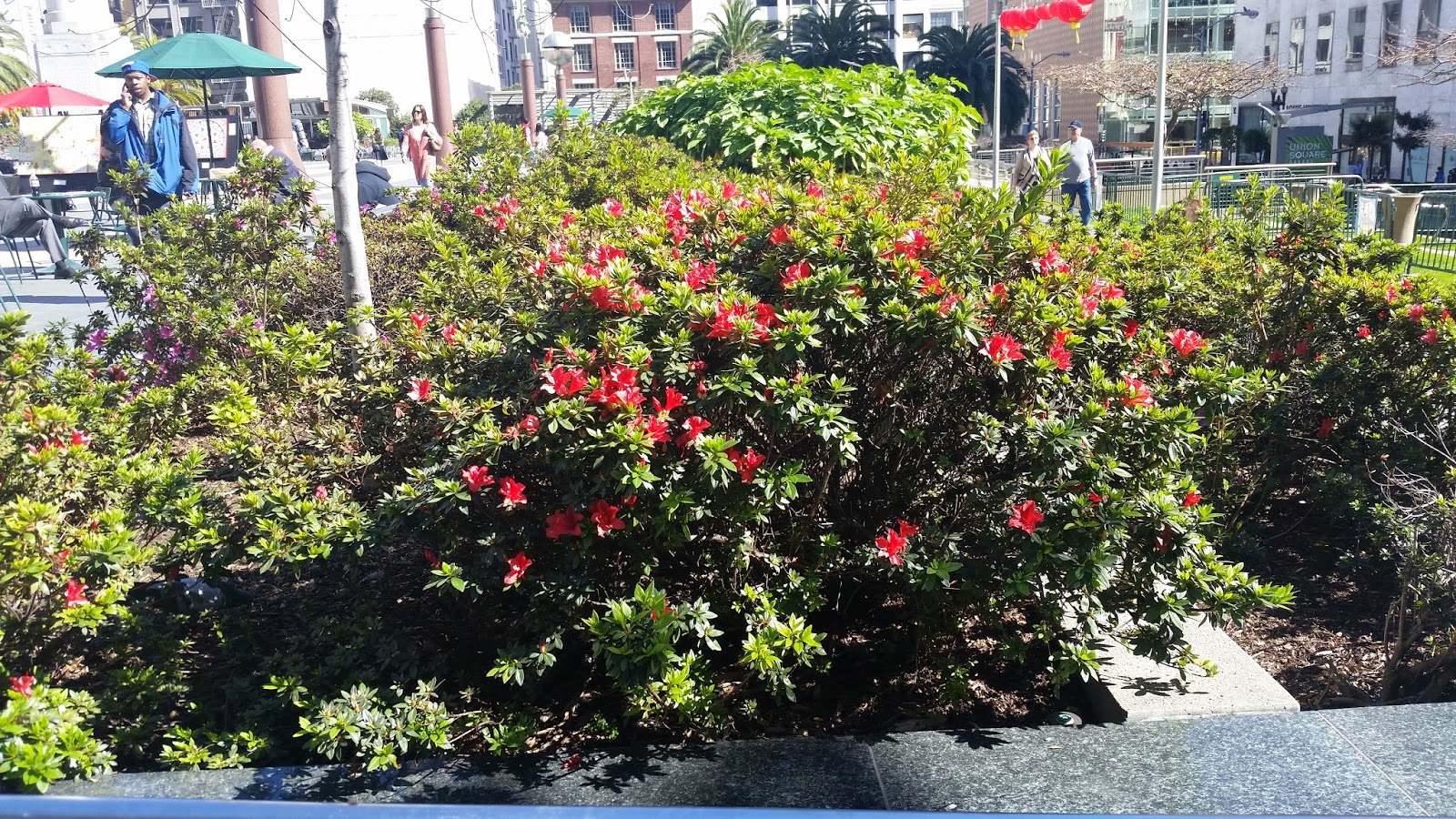 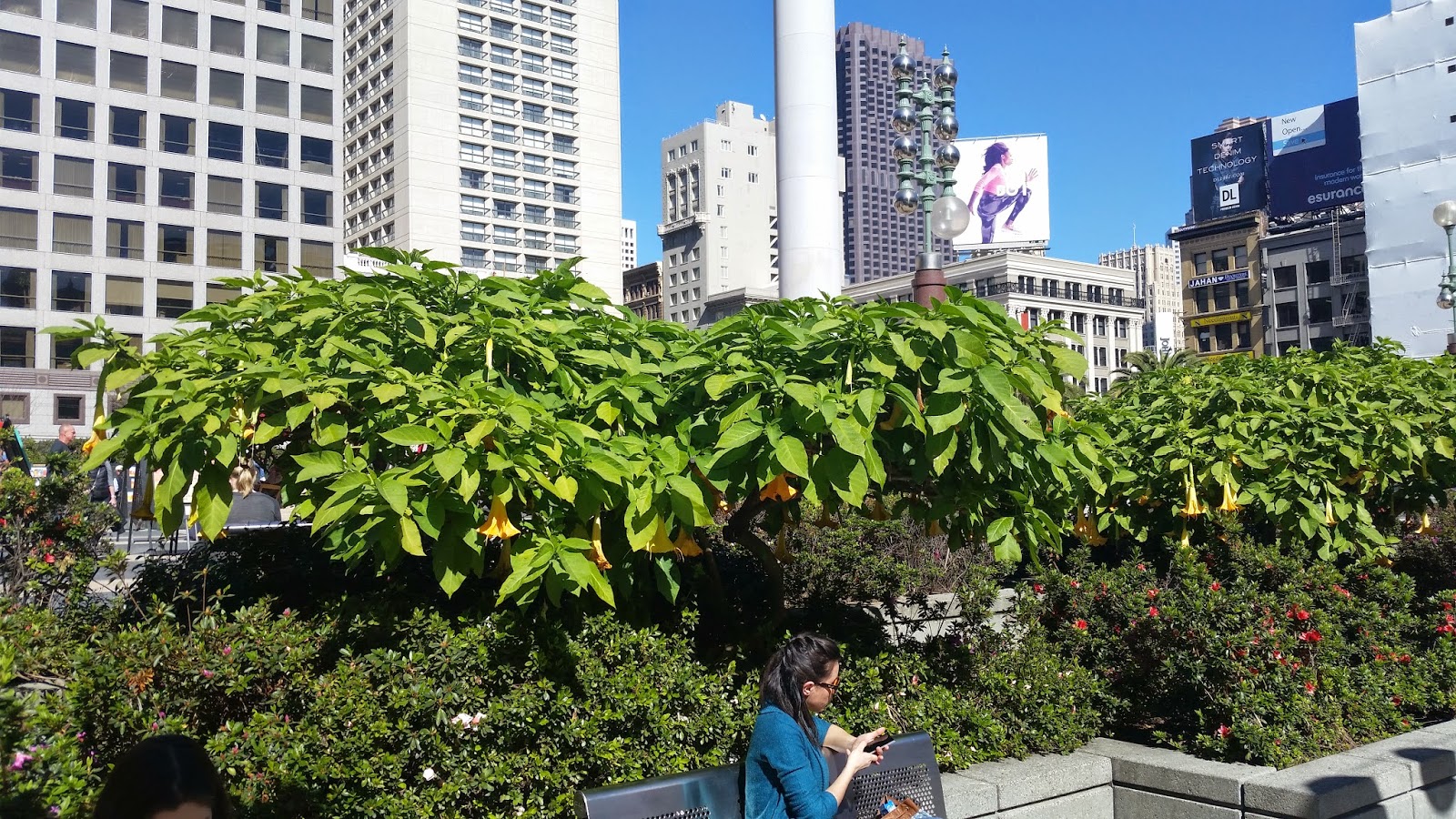 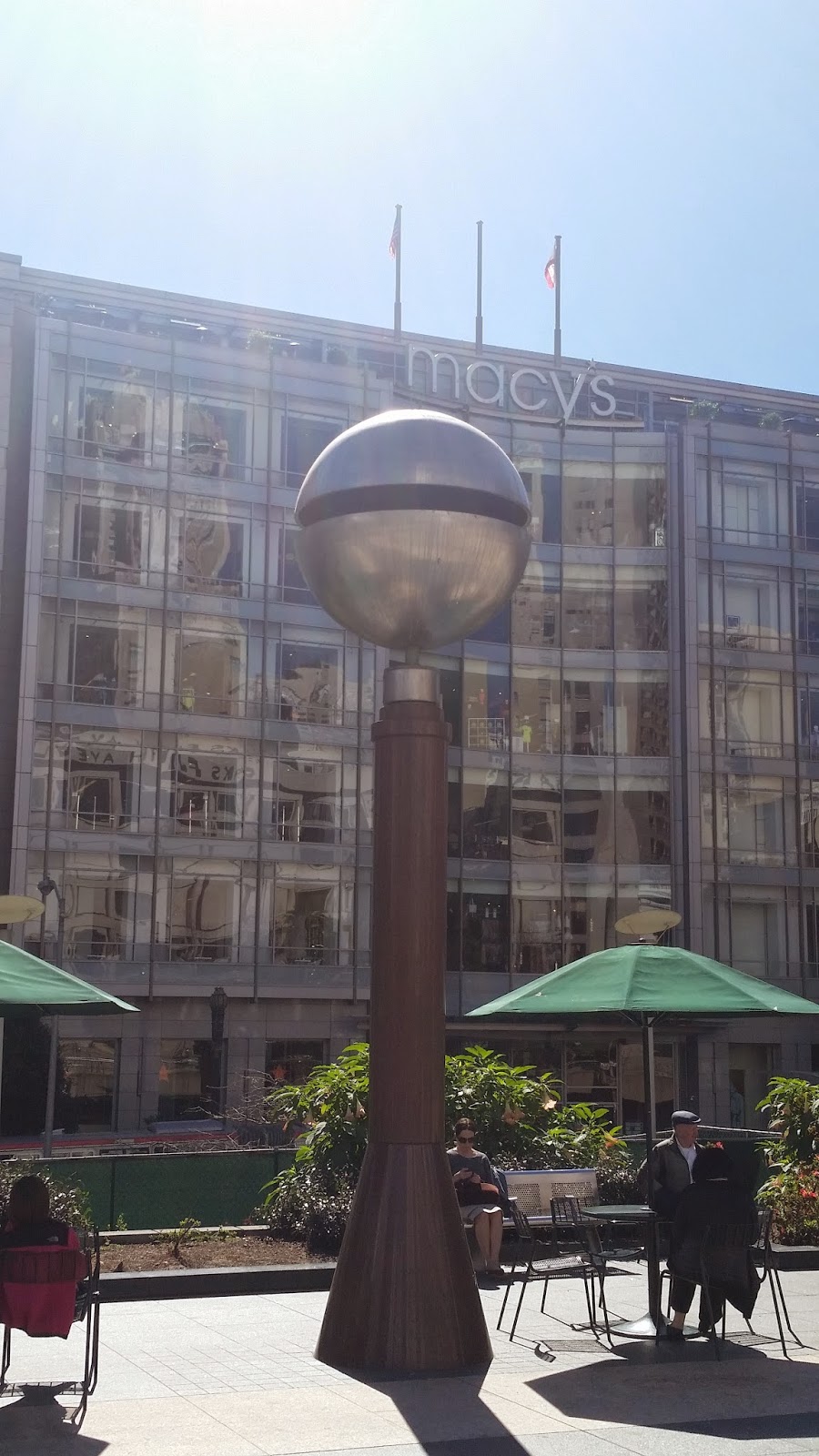 It is also used for many events such as the City Christmas and Rink. The day I was there, the Red Umbrellas Open Air Art Exhibit was going on: 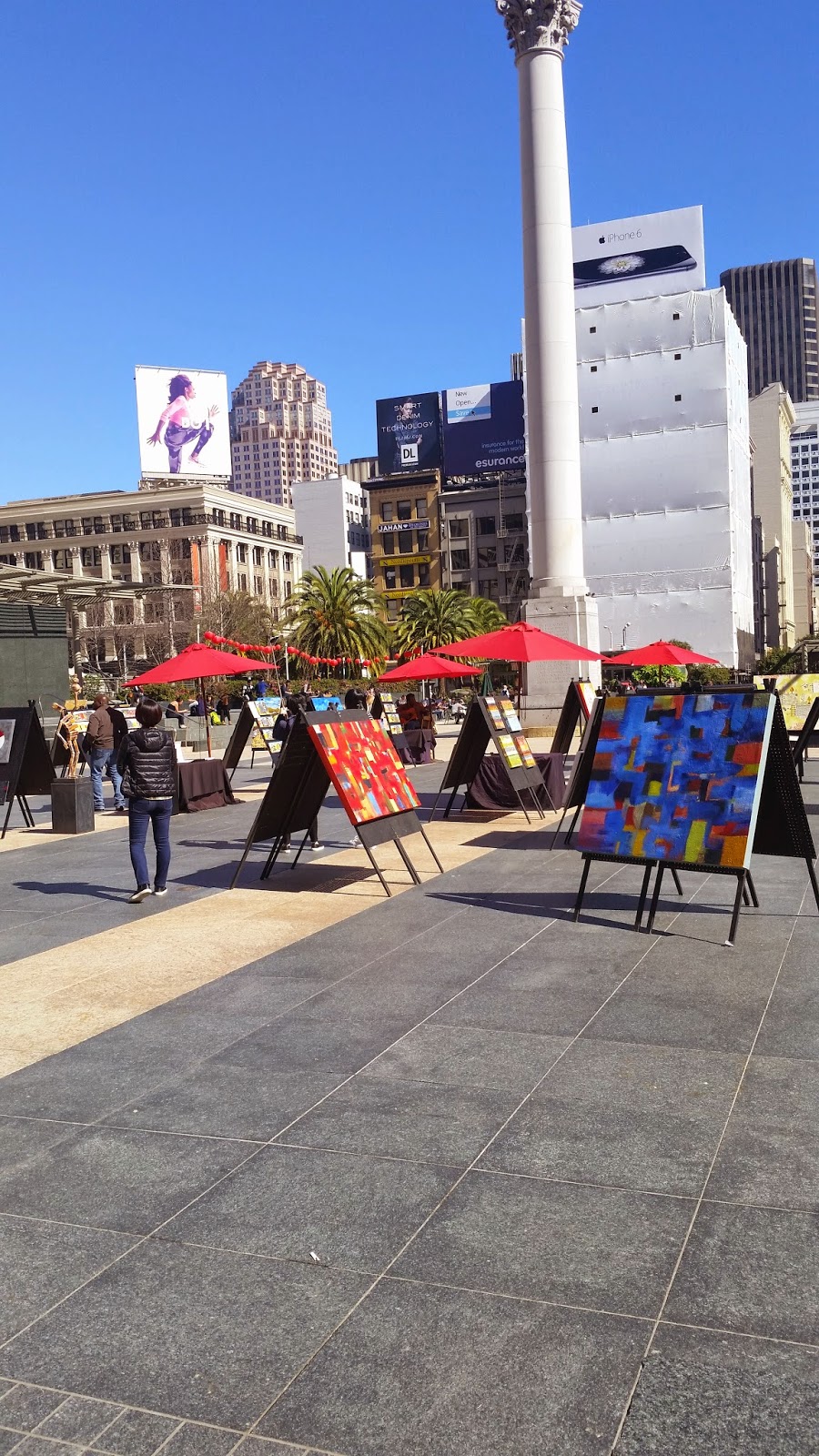 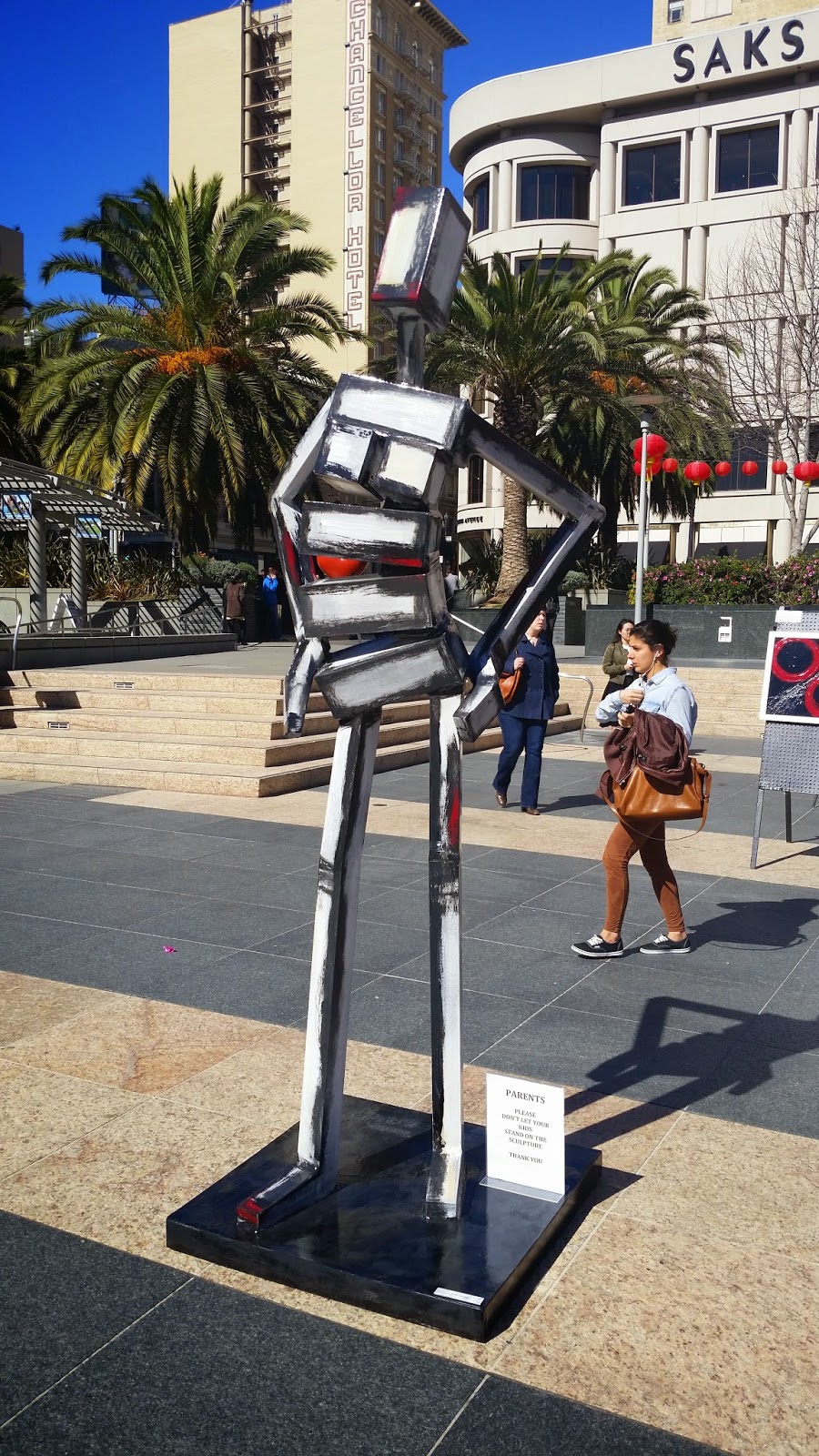 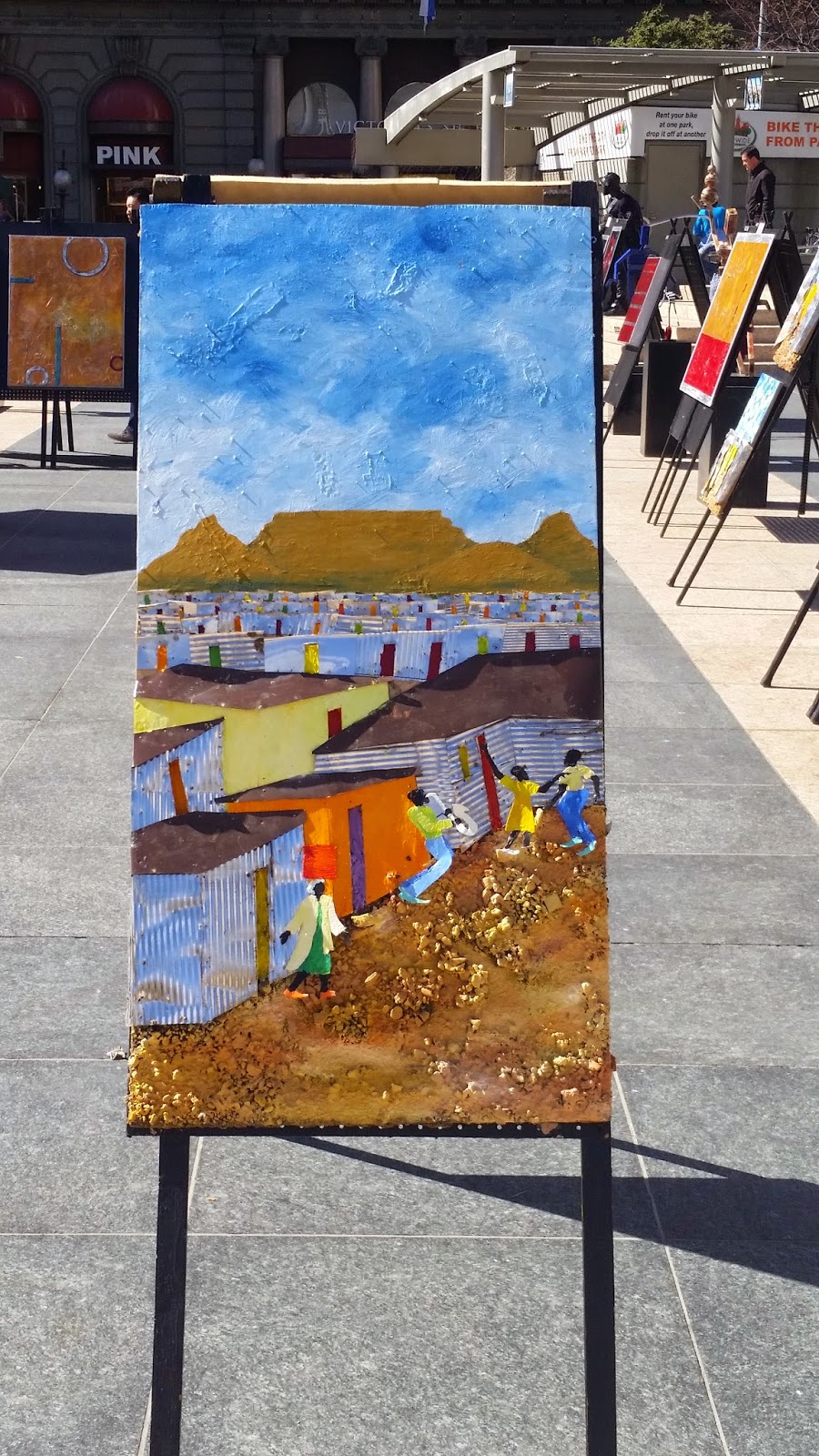 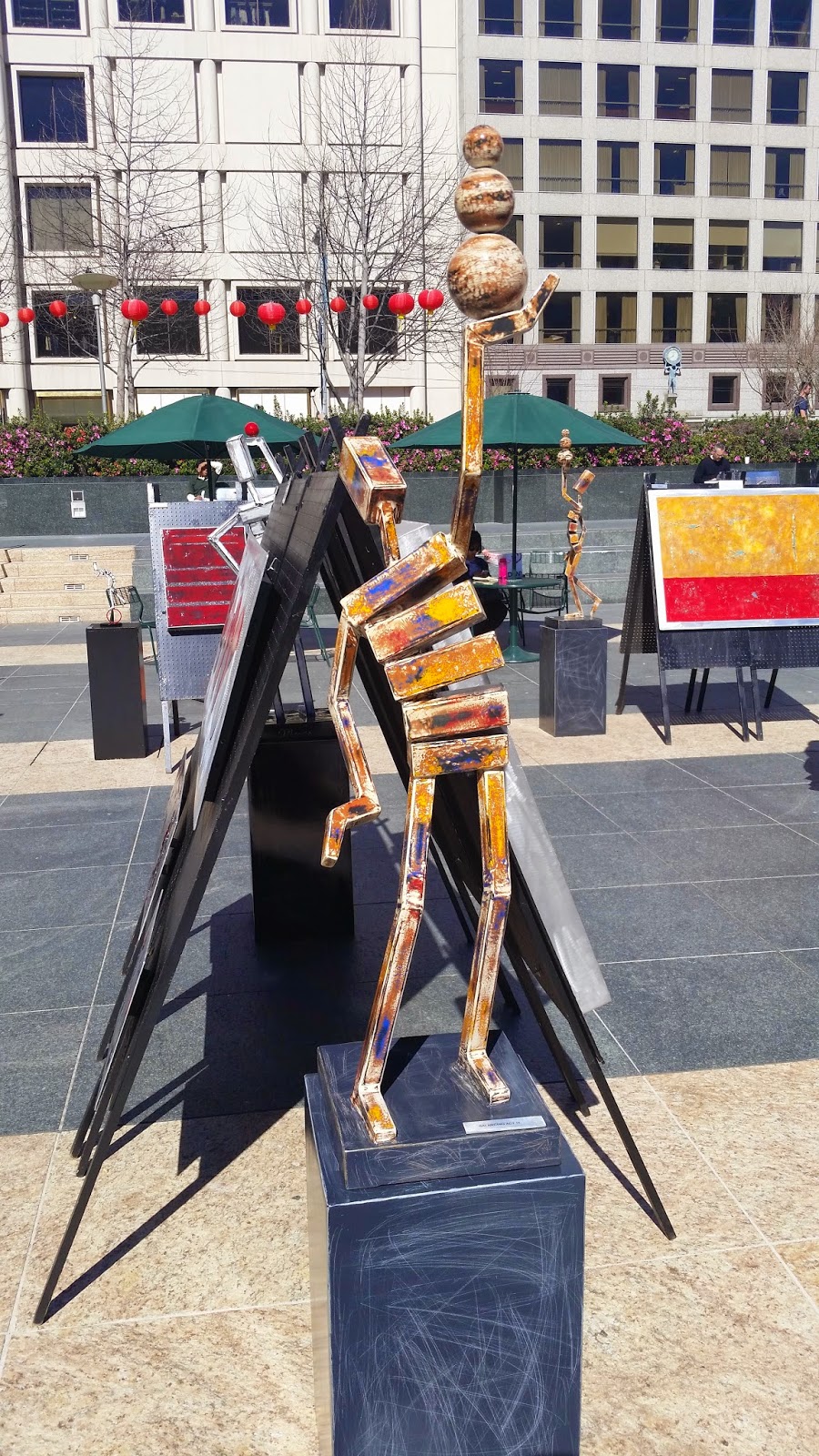 Union Square Plaza is a gem in the city and it has many great uses, I love walking through it.
Posted by csuhpat1 at 7:53 PM