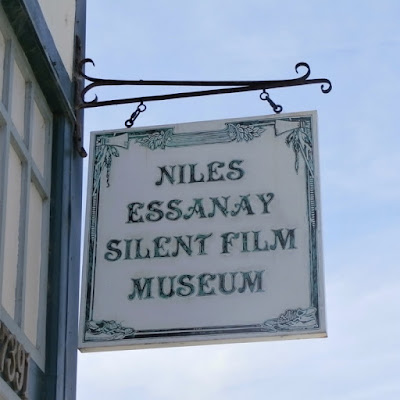 The Niles Essanay Silent Film Museum is a cool place. It is located in the Niles district of Fremont, Ca. It is located in a refurbished original Edison Theater. In 1912, the Essanay Film Company moved to Niles and it became their West Coast branch and many silent films were shot in Niles. In 1914, Essanay signed Charlie Chaplin to star in its films.Within, two years the big bucks studios got involved and in  February 1916 Essanay studios closed. The legends of a pioneering movie studio and the word's first movie cowboy are still alive in Niles: 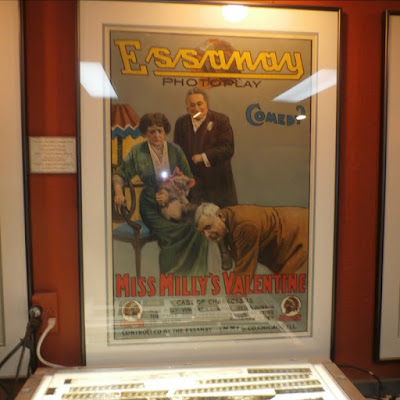 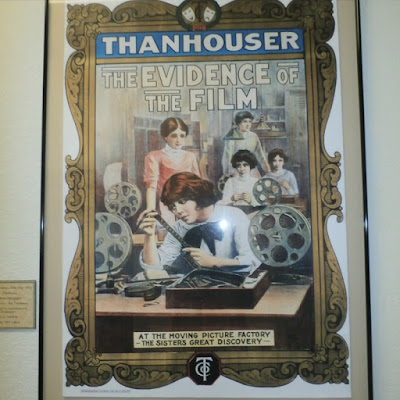 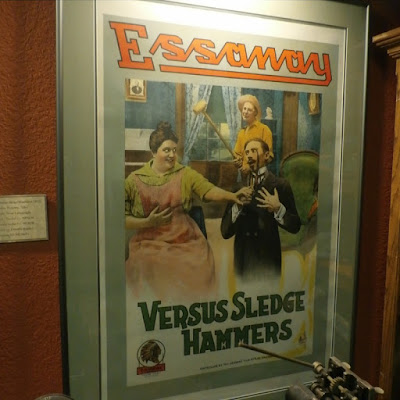 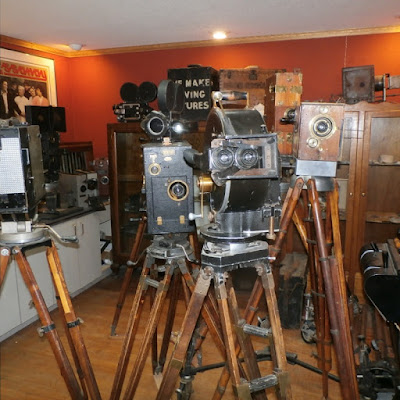 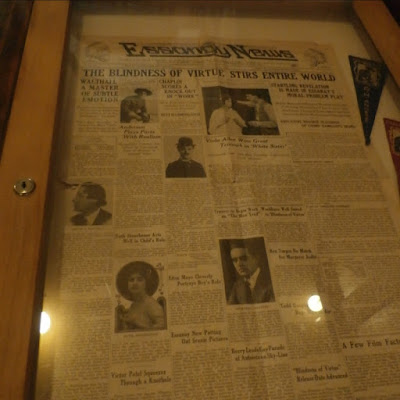 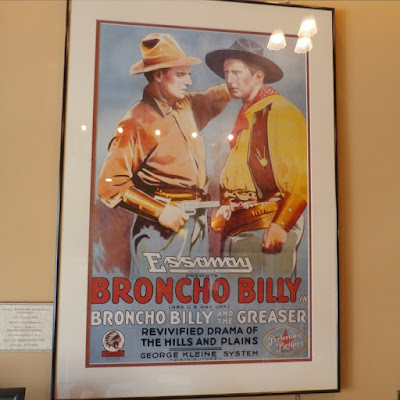 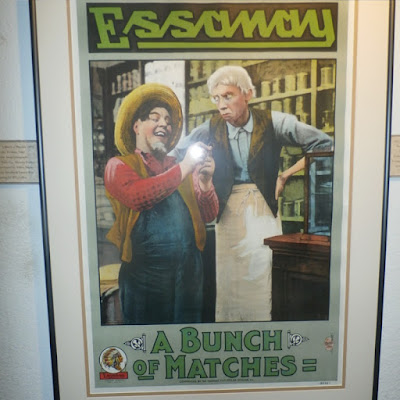 And Essanay's biggest star was Charlie Chaplin. Chaplin was employed by Essanay for a year and only spent five months in Niles. He hated Niles because he liked the big city and Niles was very rural at the time: 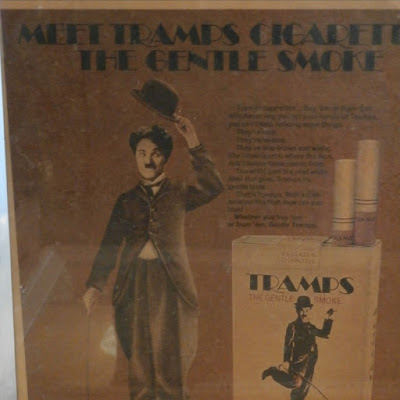 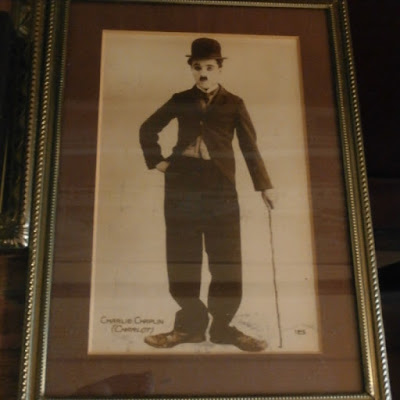 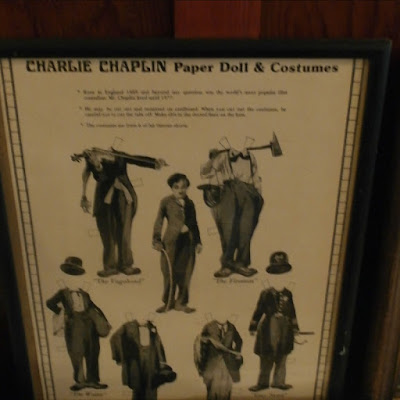 He shot five movies there including The Champion and The Tramp:


Sorry if my reflection was in this pic but it is an original picture of the final scene in The Tramp. I have walked the same trail that Chaplin walked 100 years ago in this picture: 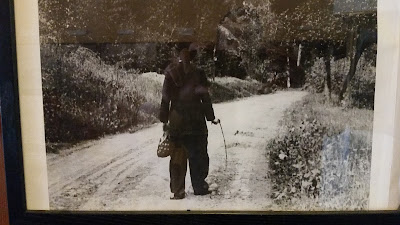 The Niles Essanay Silent Film Museum is a great place and it is nice that there is a place that honors that era. One of the coolest things about the place is that they show silent movies on Saturday night's.
Posted by csuhpat1 at 5:36 PM