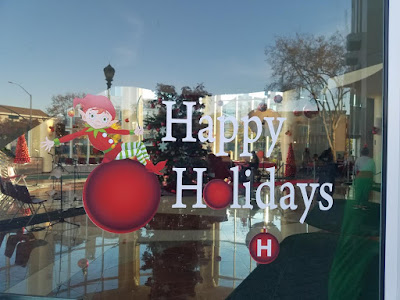 Bah Humbug, I am not a Xmas person but here are some photos I have taken of Xmas stuff that I have seen while getting my steps in: 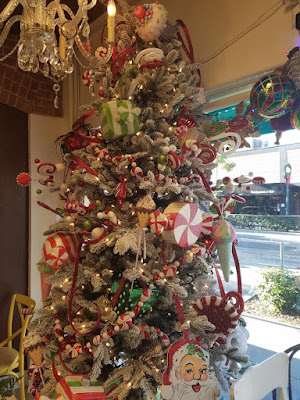 These two below are from the window display at Macy's at Union Square in San Francisco: 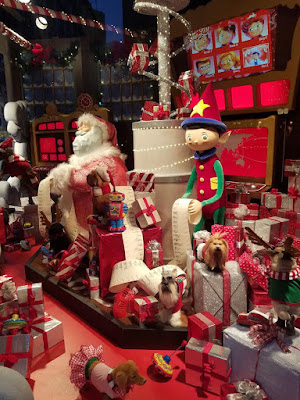 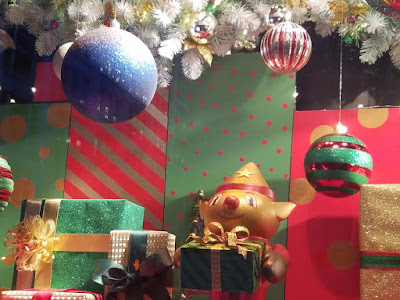 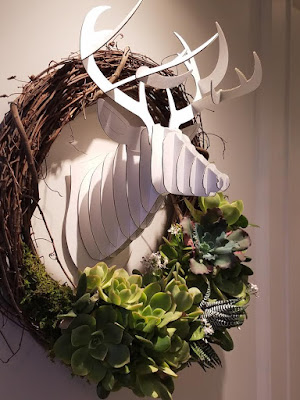 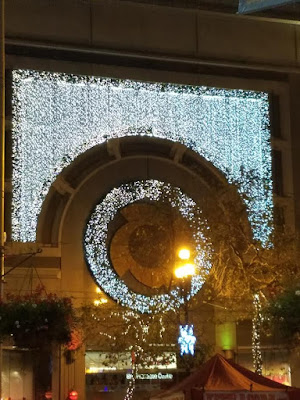 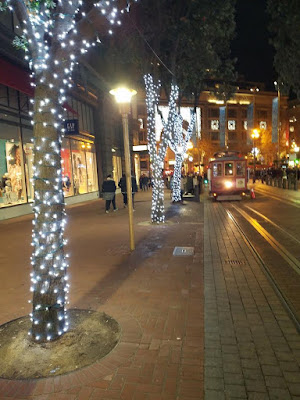 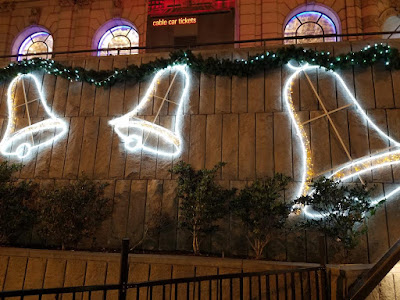 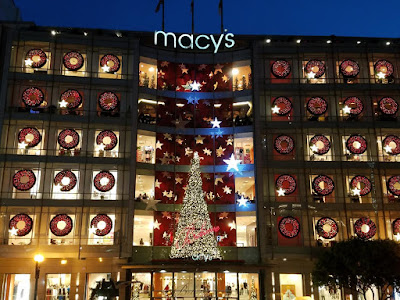 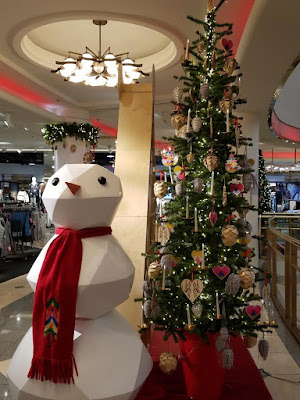 When I was with my 19-year-old son, we stumbled across something called SantaCon being held in Union Square. As he described it, it is a bunch of people dressing up as Santa and various other Xmas characters out partying in a public place: 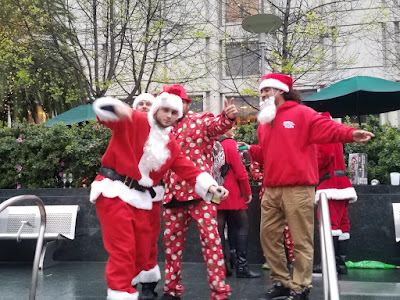 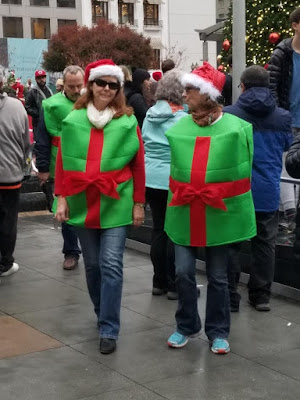 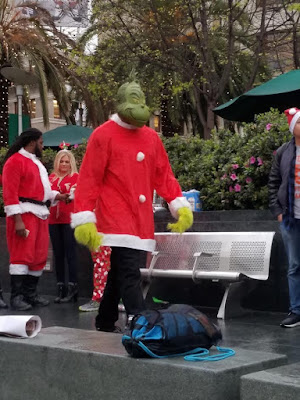 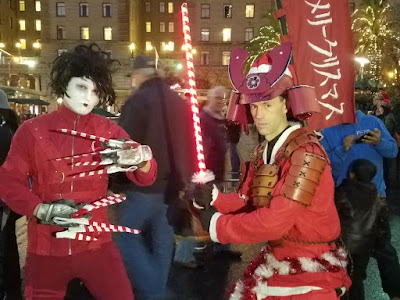 But as things change in the world, there is always the Xmas tree at Union Square that is a standard and has been all my life: 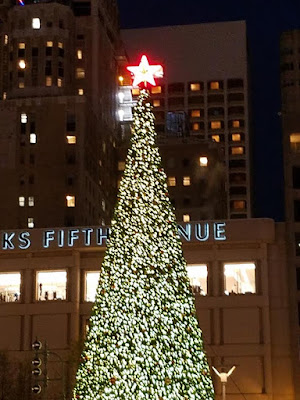