Candlestick Park is history. The final event of the history of the place is scheduled for next Thursday as Paul McCartney will be playing. Candlestick is one of those places that had a bad rep from its beginnings in 1960 until the now. Everything that could go wrong with a place did. The weather, winds and cold drove people away. But the place had a lot of history there:

Candlestick hosted two World Series-The 1962 between the Yankees and Giants and the 1989 Series between the A's and the Giants which was interrupted by the famous Loma Prieta Earthquake before Game 3:

But to the people in the Bay Area it was the home of the 49ers during its glory days:

But as Candlestick is going, we welcome Levi's Stadium in Santa Clara, the new home the Niners and Super Bowl 50 (the pics are just from the road): 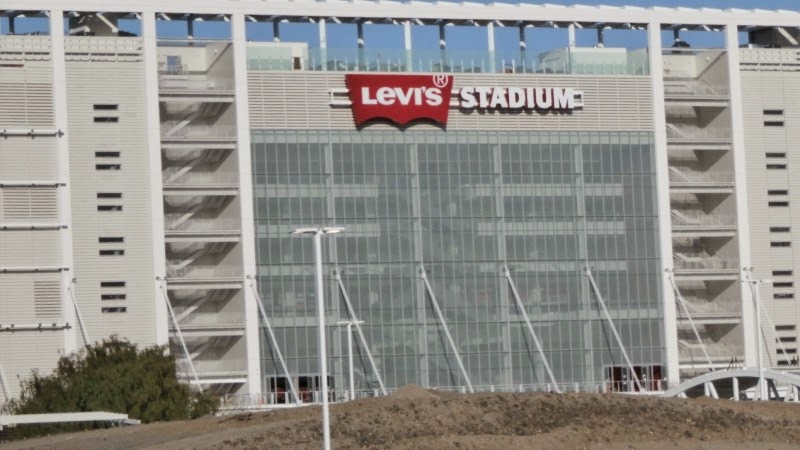 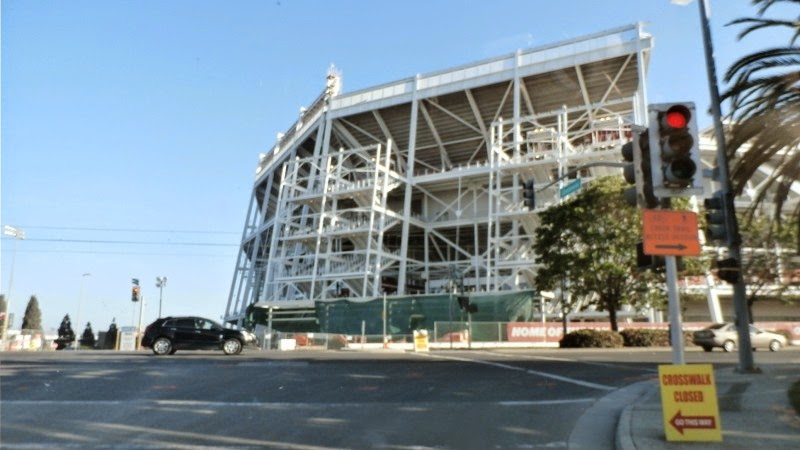 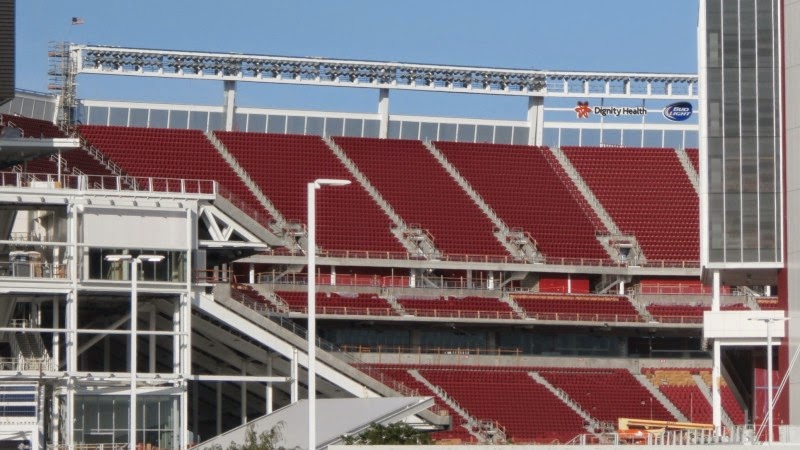 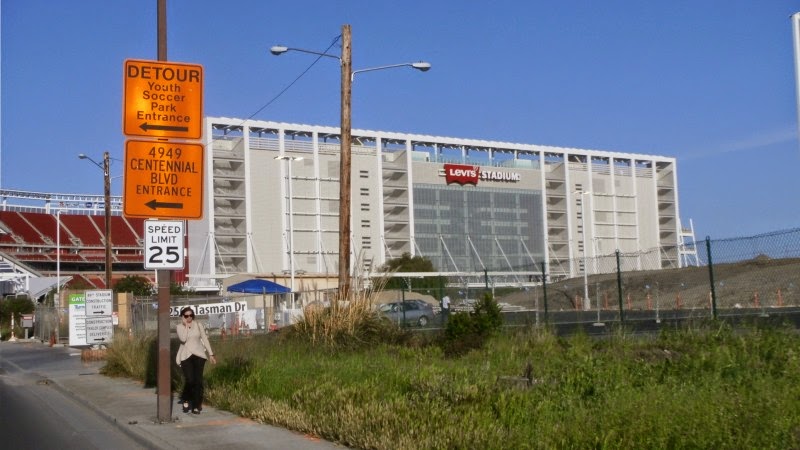 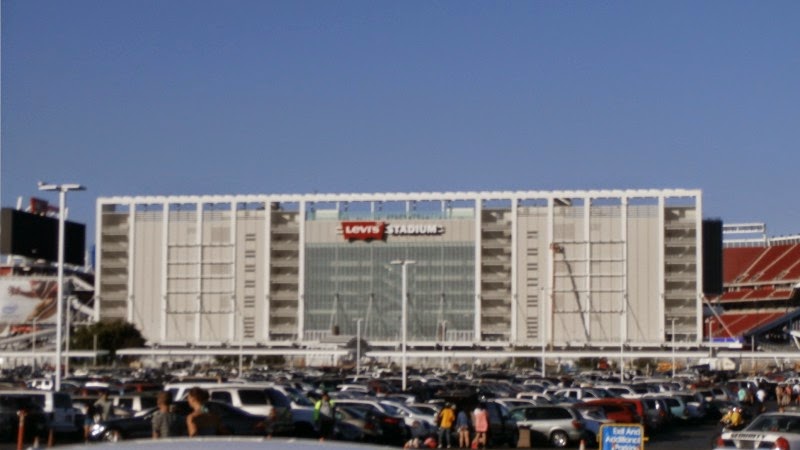