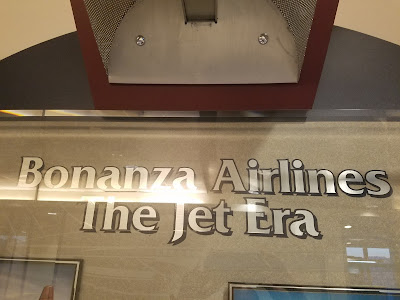 While at the Las Vegas Airport I saw an interesting little display on Bonanza Airlines. Bonanza Airlines began life in 1945 and was based in Las Vegas. Bonanza was part of the Civil Aeronautics Authority experiment known as "local service airlines." These were regional airlines assigned to a geographical area of service, as opposed to the national carriers who flew coast to coast. Bonanza served a territory bounded by Las Vegas, Salt Lake City, Phoenix, San Diego, Los Angeles, and Reno. It became the first all-jet powered airline in the United States in 1960.  In 1967, Pacific Airlines, West Coast Airlines, and Bonanza Air Lines combined to form a new regional airline, Air West. Then it became Republic Airlines. Republic was later purchased by Northwest Airlines, which then merged with Delta Airlines in 2010: 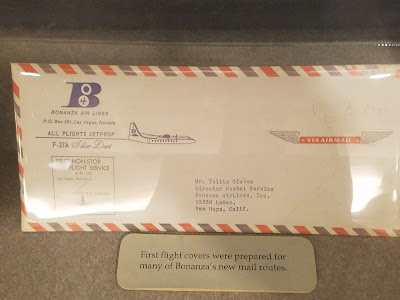 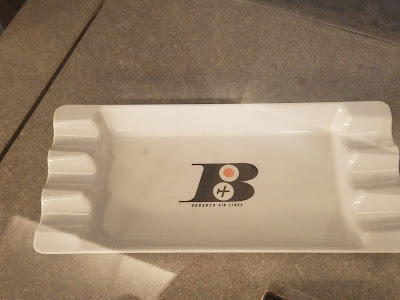 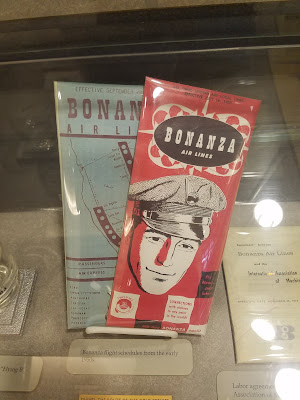 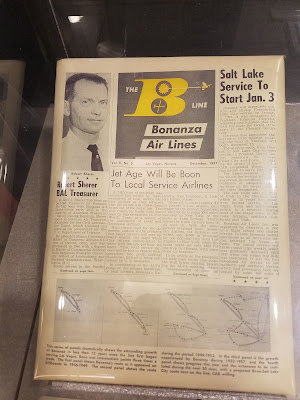 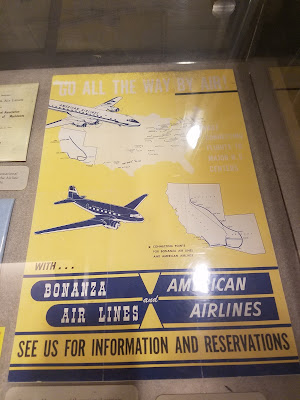 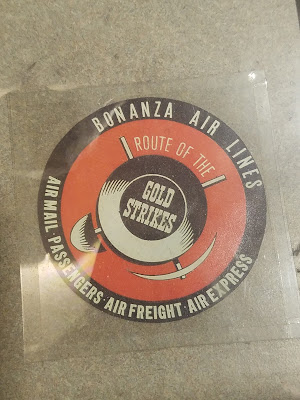 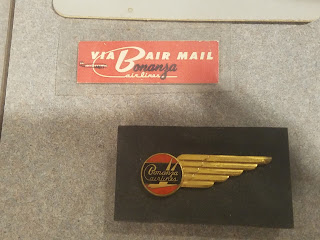 Bonanza Airlines was an important regional airline and I was glad to learn a little more about them.
Posted by csuhpat1 at 8:37 PM