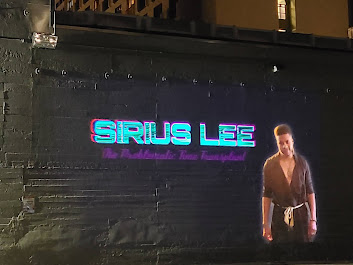 I went to a premier of a movie in Downtown Oakland. The movie was called Sirius Lee- The Problematic Time Traveler. It was produced by Theo Hollingsworth, a producer based in Oakland.
The movie was hosted by Druken Flim Fest Oakland who has been hosting short film pop-ups around the city. This was a cool and true pop-up, bring own chair and blanket and social distance from each other and enjoy the movie. It was held in Downtown Oakland: 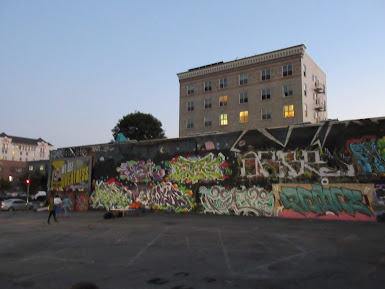 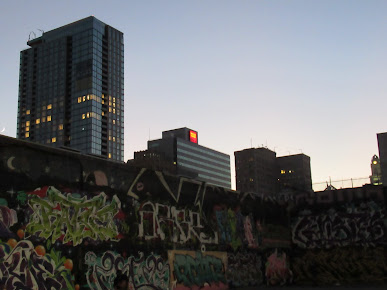 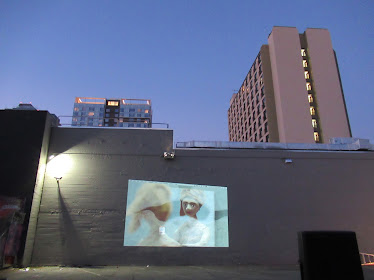 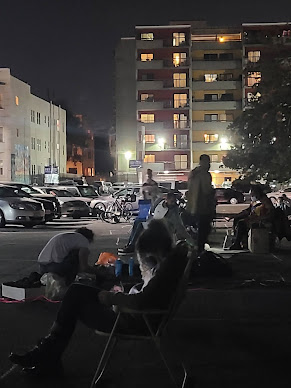 The movie itself is super. So very funny and the acting is wonderful. It is truly an independent movie that is very inspiring and one of the best movies I have seen in a long time. It is the perfect mixture of early 1980's culture and values clashing with the norms of 2020. It is also filmed in Oakland and they did a great job in showing the iconic and beautiful places of the city:
Here is a short clip of the movie taken by my phone:
It was a great way to have a premier for a movie and I truly enjoyed Sirius Lee-The Problematic Time Traveler. 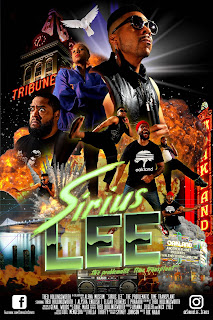