Life as a Blerd 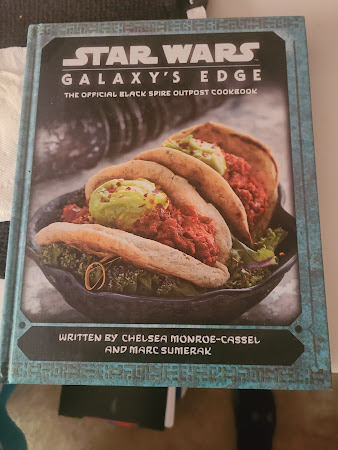 I am going to talk a little about race in this country. Basically, I'm going to talk about what it is like in this country being a person of color who isn't stereotypical. I know it is a heavy subject but a couple of things lately have made me really start thinking about about this. First, is that on Monday it was the 28th anniversary of my mother's death. She lived a hard life due to many factors and it was rough and traumatic growing up (I guess I could use it as an excuse if I ever became a serial killer) in that house. But the one thing thing that I realize was gift was I was allowed to explore the world and develop my own interests, likes and dislikes.

It is a gift that led me to Comic Shops, Baseball Cards, Libraries, Punk Rock/Heavy Metal/Alternative Music, Museums, Art Galleries and other things that are deemed "Not Black" by society.  Basically, I was able to figure out what I liked and didn't like without pressure.  On the other side, I have studied African-American history and have explored the culture of both Africans and African-Americans in this country and in the world.

It is a gift that has made me curious about all things in the world. I am just as excited to find a funky old coffee house  as to find a hidden African-American Art Gallery. As much as I love going Oakland A's games, I love hearing a lecture from an African-American musicologist and all points in between

As I got older, I kept up my exploring of different things that interest me. It came with a price. I was basically put out on an island by both African-American and white society left there because I didn't fit any of the boxes that are accepted by society. Or as an African-American shipmate said to me when I was in the Navy, "You are the brother from another planet".

The second thing was seeing the movie Sirius Lee in Downtown Oakland a couple of weeks ago. That really affected me in a good way. Theo Hollingsworth is a Blerd and it is refreshing that young African-Americans like him in today's society are able to have the freedom to be who they are without all the hang-ups that I had. They are able to be who they are and like what they want without society reaching out and saying "No" like my generation. It is inspiring. 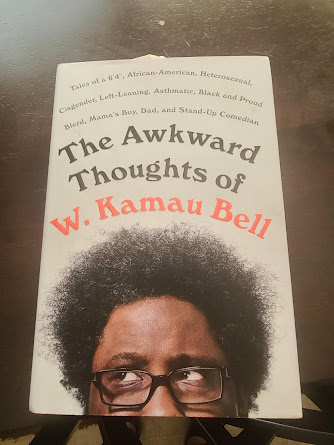 This is one of my favorite books. W.Kamau Bell is such a wise man. He is younger than me by four years (almost to the day) but has gone through a lot of the stuff I have gone through in my life and talks about in his book. He has experienced other African-Americans telling him to turn in "his Black Card" because he into things that are not considered Black. It is amazing that people still do this in this day but we have put people in such a little box that the populace doesn't feel comfortable if someone goes outside the box that society has created for them. 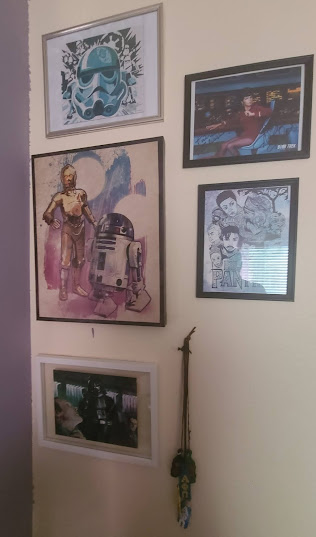 I am a big Star Wars junkie. This is part of the Star Wars (I know that there is an autographed photo of Lt. Uhura  from Star Trek and an original drawing of Black Panther on the wall by a local artist) stuff that has been collected over the years. Again, I have been told that Star Wars is racist and such. I still remember seeing Star Wars: Episode IV - A New Hope in the theaters as an eight year old in 1977 and loved and still love it to this day. I don't really care what people think, it is a love that I have had for most of my life and was able to pass it down to my son. 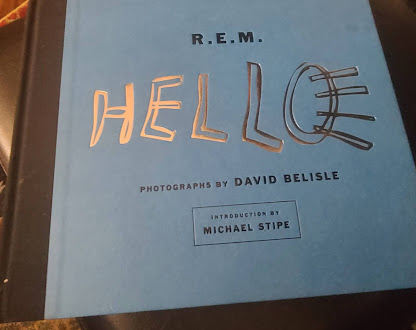 Music has been one really weird dividing line in my life. When I first got into music as a youngster I got into to Billy Joel, The Beatles and stuff like that. In junior high, I found that I really liked Punk, Alternative and Metal bands. I so remember going to see early Metallica play at some warehouse for like $3 back in the day. I still love the music. A couple of years ago, I went to see Night Ranger at the San Mateo county fair and one of my African-American friends responded when I asked them to go "Really, no black folk will be there and they don't want us there." I went and had a wonderful time. People that went didn't care what color you were as long as you were into the music.

That is one thing I have noticed, I have seen the Grateful Dead, Phish, Dave Matthews Band and other bands all people care about is if you are into the music. The Hardly Strickly Bluegrass Festival is one of my favorite things to go to. Several of my African-American tell me to turn "My Black Card" when I go because as they put it "That is white boy music".

R.E.M. is my favorite band and has been for 35 plus years, I have seen them and seen The Baseball Project (Peter Buck and Mike Mills side band). My liberal white friends always find it interesting about the music I like . I am always hearing from my white friends, when I am listening to music things like "Didn't know people like you like music like that" or "Didn't know your kind....." It gets tiring and when you question them about what your kind and people like you mean and they don't have an answer.

Stuff like that has been my wont for years. Kind of used to it. 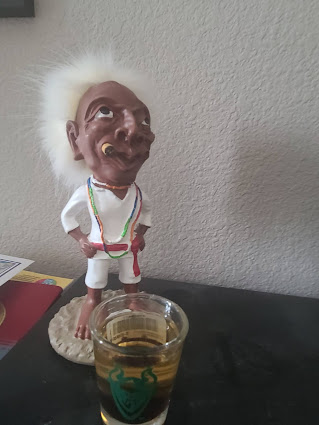 So as I get older and older I have basically said Screw the World and what they think and stopped trying to fit it.  Stopped trying to fit into the little boxes that both white and black people have set up in this country. It isn't worth it to me. I have stopped apologizing for who I am. I am going to do what pleases me and interests me. I really don't care or want the approval of society anymore. I have learned that whenever I have tried to conform to anything society, it bites me back.

I have had this attitude for years and it has been a freeing feeling. It is an attitude I have had for years ever since the day I was doing some paperwork on students and I was listening to some music on my phone as I was alone  (playing my NFL tunes mix) and one of my white co-workers (a super liberal)  walked by and went Ape on me because the mix had Whitney Houston's version of the National Anthem that she sung at Super Bowl XXV on it. He said "A Black person should not ever play that song but you are not really Black.", and then he brought it up at a staff meeting. I basically told him and the other educators in the room and the administrators in the meeting to take a long walk off a short pier (I cleaned up phrases and language I used) and went home and refilled Jobu's rum and listened to a crazy mix of music.