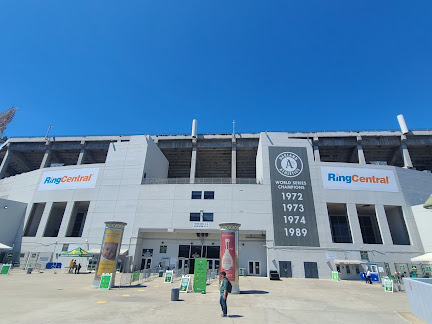 This might be very personal and self-serving as I am going to talk about something I am passionate about and many people don't know why.
I got to attend my first A's game since September of 2019 this weekend. I went to both the Friday night and Saturday afternoon games.
I am a huge Oakland A's fan and have been basically all of my life. The Oakland-Alameda County Coliseum is where I have spent a large portion of my life watching A's games. I literally grew up there and my kids did also. A huge part of my history and my kids history has been written inside the walls of the place)
The A's have been trying to replace the Coliseum for years and the pedal is starting to really hit the metal. The Oakland City Council is scheduled to meet about the A's new stadium project at Jack London Waterfront next month. Not going into a whole of details but the A's have been given permission to look at other cities and reportedly have had meetings with Portland and Las Vegas.
The Oakland-Alameda Coliseum is showing its age, it is 55 years old and has it's problems. When the Raiders moved back in 1995, they built to what is referred to as Mt. Davis and it ruined the beautiful views that the stadium had of the Oakland Hills.
It is the ultimate utilitarian stadium. It is not attractive but very useful. It has hosted baseball, football, soccer and the old Day on the Green concerts in its day.
I refer to it as a dump but I always say that "It's my dump and I love my dump," I recently said that on social media and someone I went to high school with decided to correct me and called it "best damn dive stadium" and after thinking about it I agree with it. The stadium is located in a sketchy part of town and the city of Oakland hasn't done anything to build up of the area with shops or restaurants (or anything)  in 55 years. Literally, if you take public transportation (like most A's fans) there is not a place to eat within walking distance (unless the cops are not around and the those illegal hot carts are on the BART ramp).
The cool thing is that once inside the place, magic happens. It is the closest to a Grateful Dead experience (I am not going to say what people use to smoke back in the 80's during night games in the third deck) in baseball. The fans are a tribe and stick together and welcome newbys as family members. In order to have a great time at the Coliseum you don't have to be an A's fan or even a baseball fan but have the ability to loosen up and have fun: 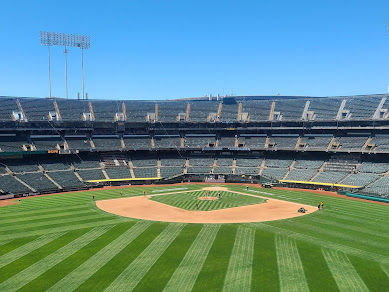 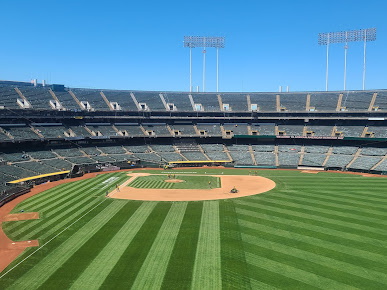 The view from my seat during the day and night: 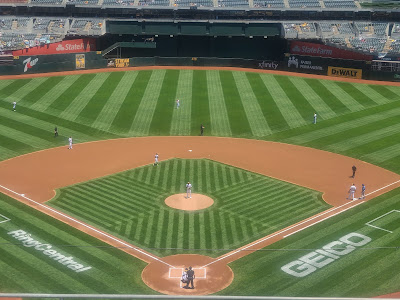 And just some random stuff: 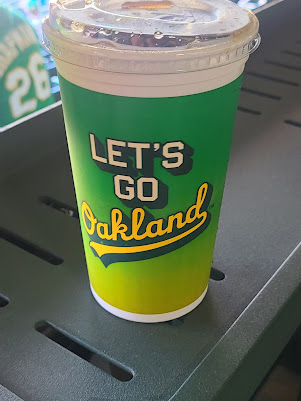 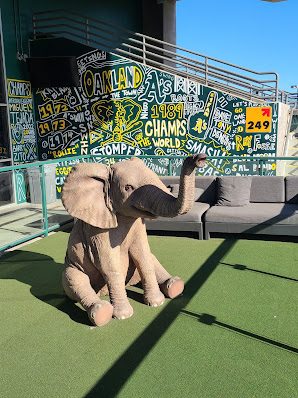 And a little game action: 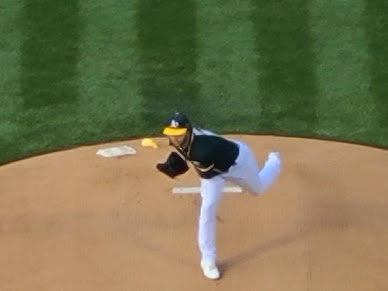 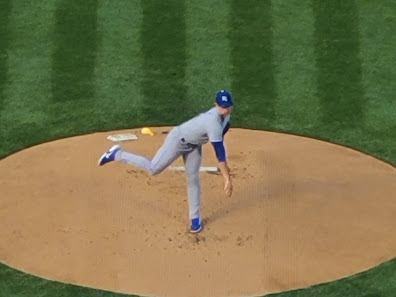 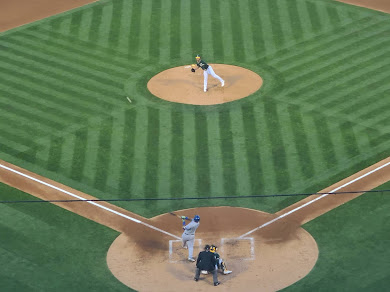 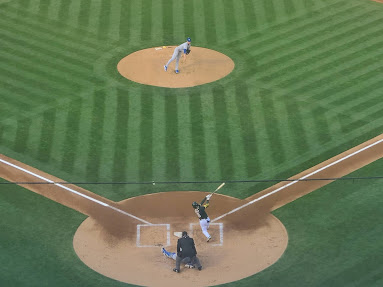 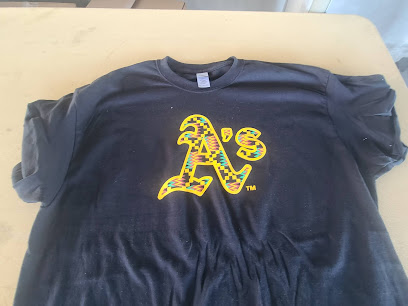 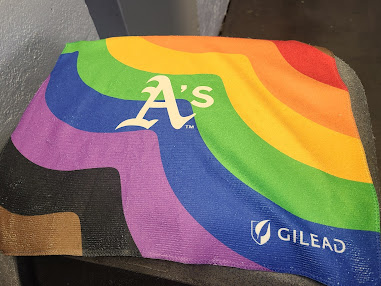 The Oakland-Alameda County Coliseum is so East Bay. People who have grown up in the East Bay of the  San Francisco Bay Area are so authentic, original and organic along with gritty and tough.  As she puts it "Authentic fans, not pretentious. Trying too hard-wanna 'appear trendy' folk."

The Oakland-Alameda County Coliseum is the Last Dive Stadium left in a world that is all about being trendy, chic and catering to the chichi crowd. It is about having fun and letting the good times roll.