25 years ago, I was a student a Chabot Junior College in Hayward, Ca. I was a student DJ at KCRH, the student station at the school. In the classroom next to the studio, there was a TV and we had it on looking forward to watching World Series between the Oakland A's and the San Francisco Giants-The Bay Bridge Series with some friends.

The station shut down at 5:30pm. I was doing stuff for that. We had some food and drink, so that during the game everybody could have something to eat, something to drink during the game. I heard a loud roar and then the ground started to shake. We got underneath the desks and it was a violent shake for only about 15 seconds or so and the National TV showed this:

I just remember that we didn't suffer much damage in the Southern East Bay unlike other parts of the Bay:

Two things that I have saved (actually I rebought one) from that event is the San Francisco Examiner from the next day the Sports Illustrated cover on it: 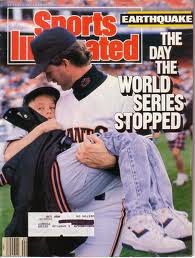 And here are some images from the Examiner (sorry if they are a little faded): 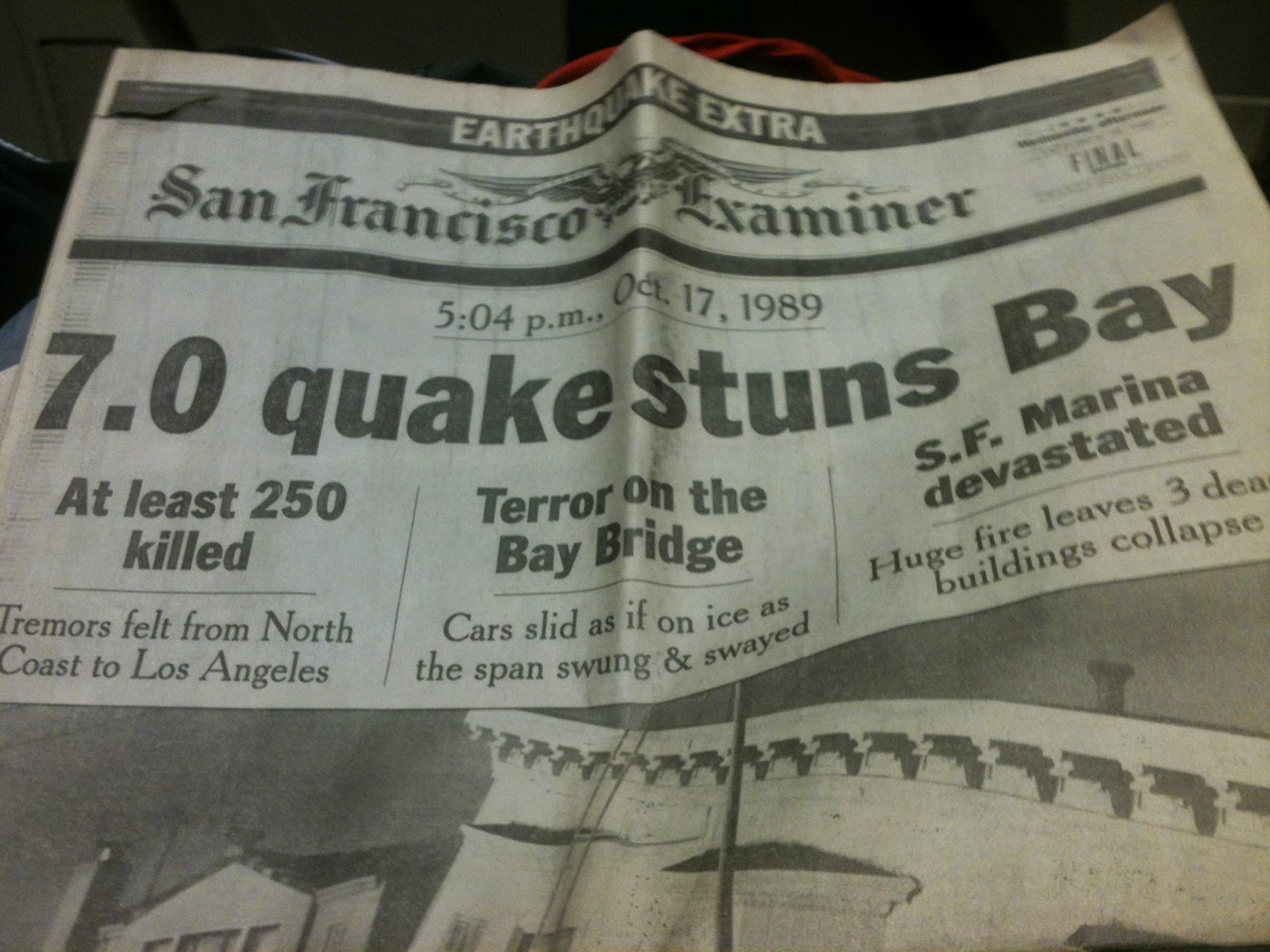 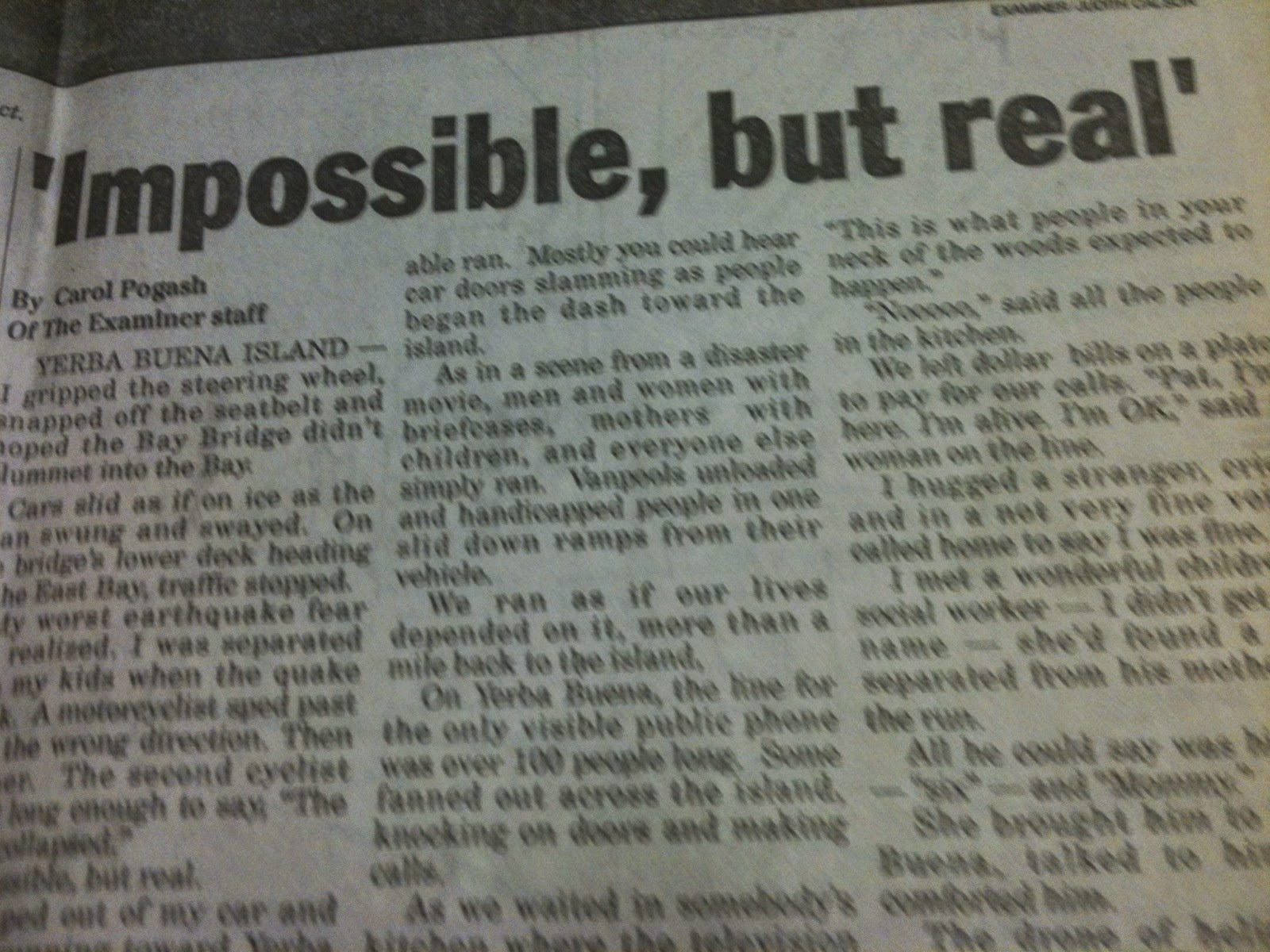 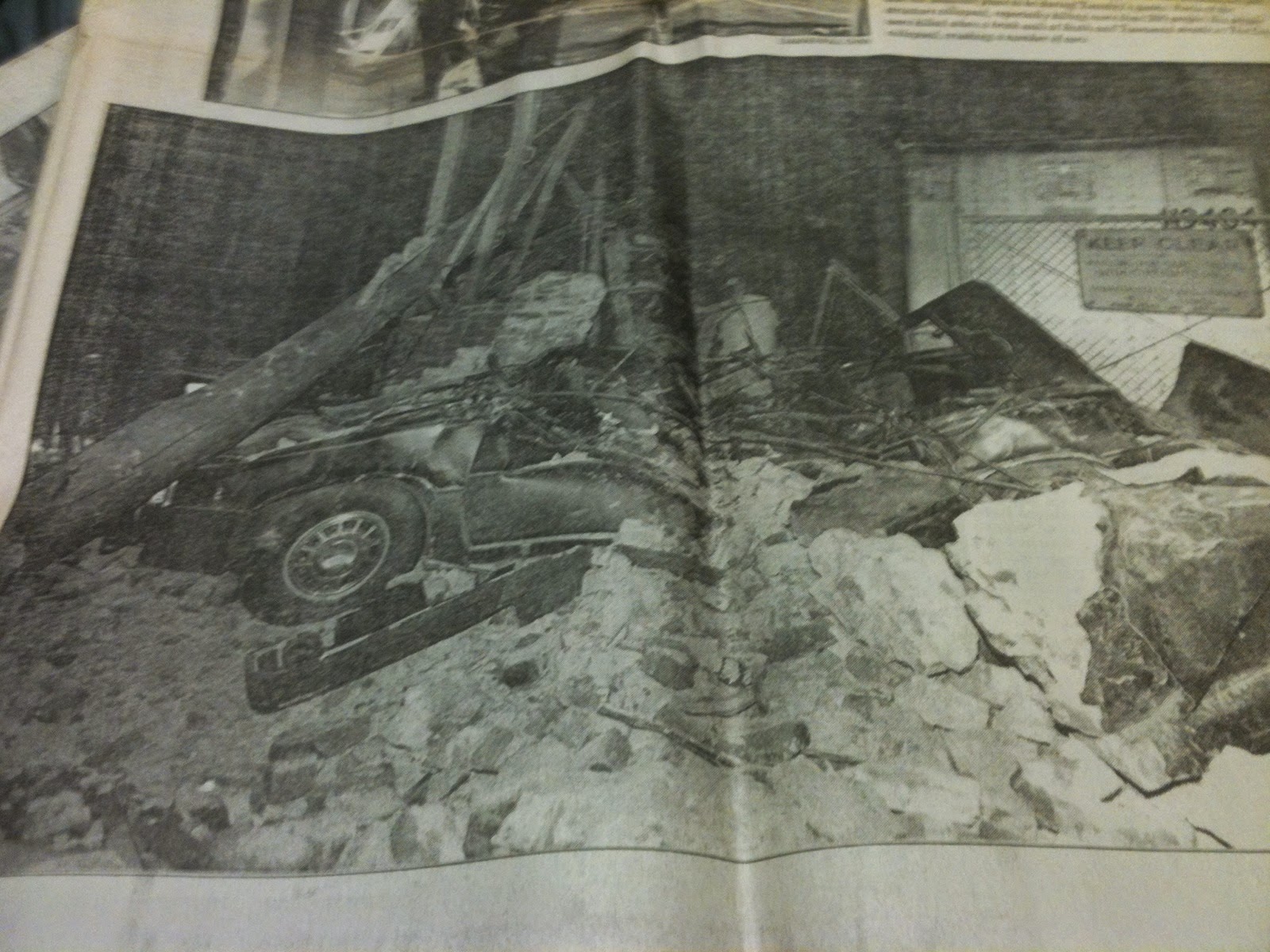 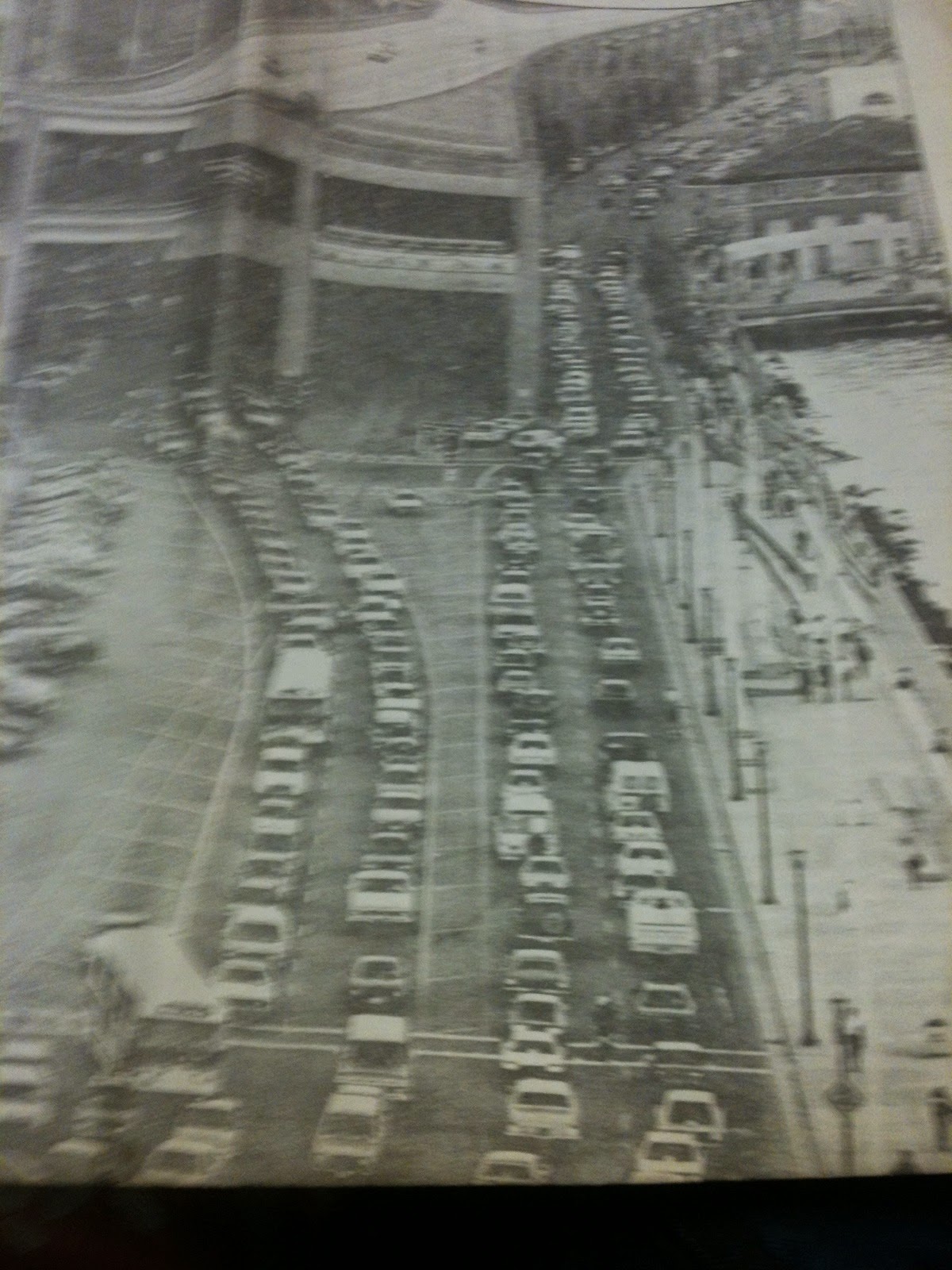 It was a day that changed the Bay Area but for the better as building's, road's, schools and everything have been retro-upgraded.  But, I wonder when the next one will be.
Posted by csuhpat1 at 5:35 PM