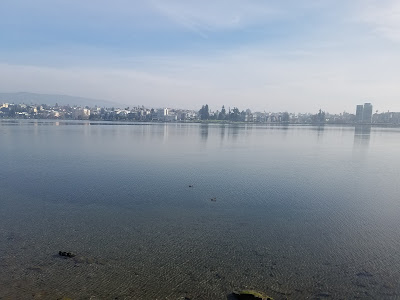 Last week, before the rains came I took a short walk at Lake Merritt in Oakland. The Lake was originally part of the San Francisco Bay many eons ago. Dr. Samuel Merritt, a mayor of Oakland who owned property at the shore's edge, was keen to get the body of water cleaned up so that it could become a source of civic pride. In 1868, he proposed and funded a dam between the estuary and the bay by which the flow of water could be controlled, allowing the water level inland to rise higher and become less saline, turning the tidal lagoon into a lake. Sewage was to be redirected elsewhere by two new city projects, though these weren't completed until 1875. The resulting body of water was called variously "Lake Peralta", "Merritt's Lake" and later Lake Merritt. Lake Merritt underwent a some restoration in the early 2000's and in February 2013 Mayor Jean Quan and other officials inaugurated a 750-foot (230 m)-long channel, including a paved trail, a pedestrian bridge, and restored tidal marsh, a major step towards reconnecting Lake Merritt with San Francisco Bay: 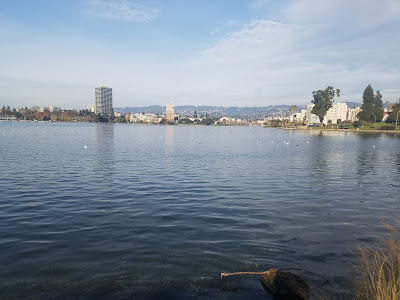 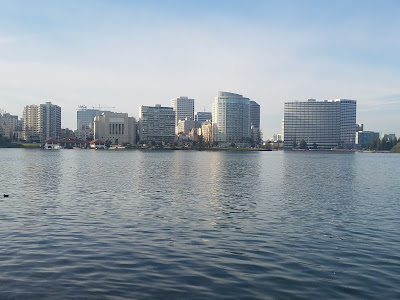 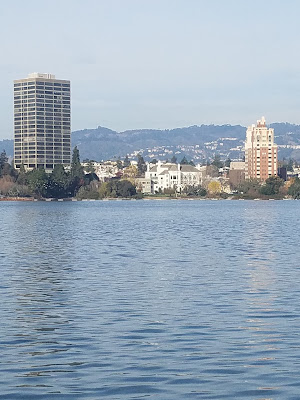 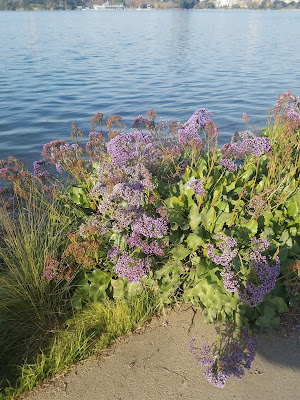 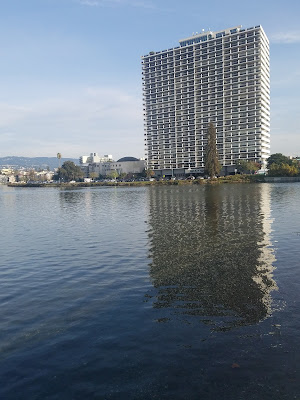 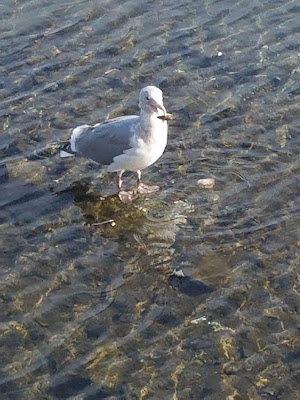 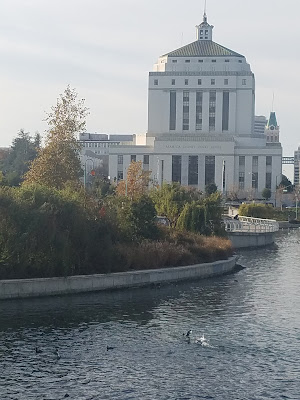 Lake Merritt is a true treasure in Downtown Oakland and I hope it continues to be for generations to come.
Posted by csuhpat1 at 4:39 PM