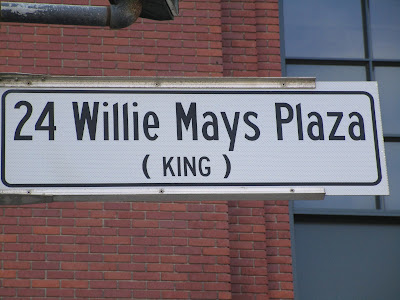 
For the players who are not Hall of Famers and don't get statutes but who were great Giant players, they get plaques around the staduim: 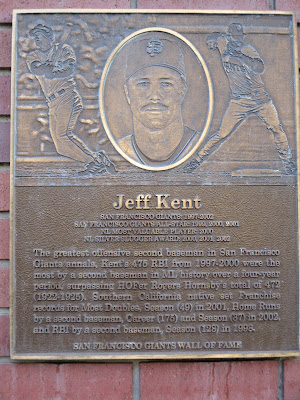 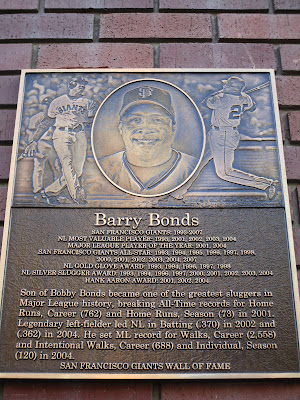 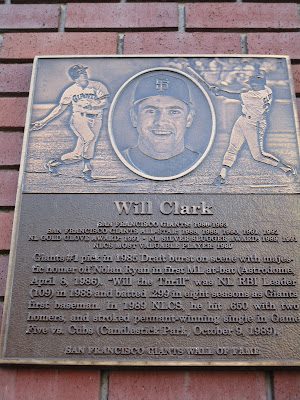 And they have great Giant moments in the sidewalk: 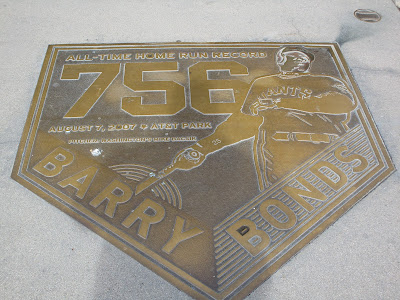 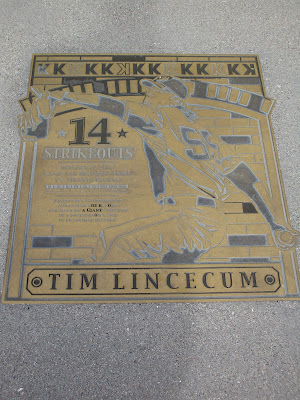 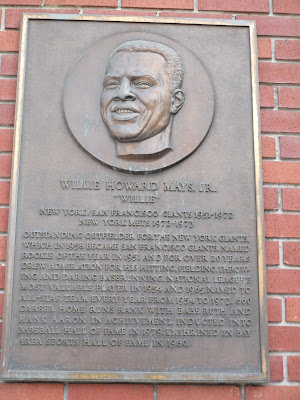 Walking around 24 Willie Mays Plaza is a good time but don't do it on game days. It gets a little packed.
Posted by csuhpat1 at 6:23 PM