Mixing History Into the Present Day 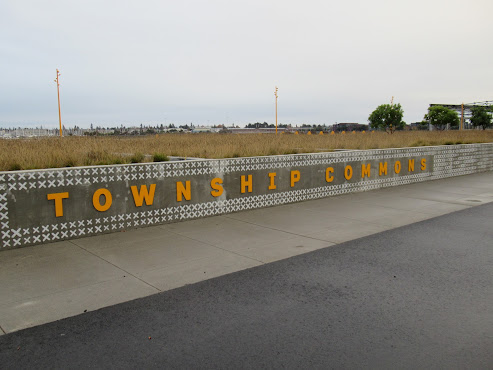 Township Commons is Oakland's new park. Back in the 1930's, the city of Oakland built the 9th Avenue Terminal for ships and until the 1960's it was used to load and unload break-bulk cargo- cargo that isn't transported in standard containers-like lumber and steel. By the 1960's almost everything could be put into a container and the 9th Avenue Terminal became a place that was not needed as ships started to outgrow the terminal.

The park took a long time to be built (and with it the apartments with it) and they couldn't retain the whole shed (where the ships could come in and load and off-load) but they did their best to retain what they could. To me they did a great job of mixing history into a cool present day park: 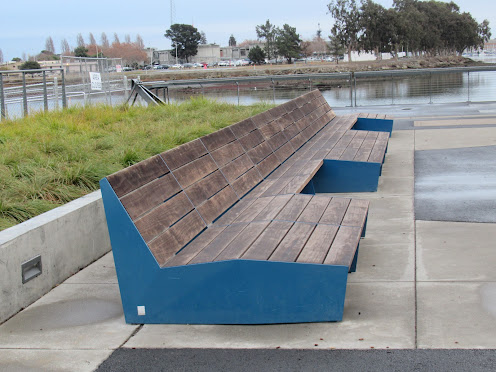 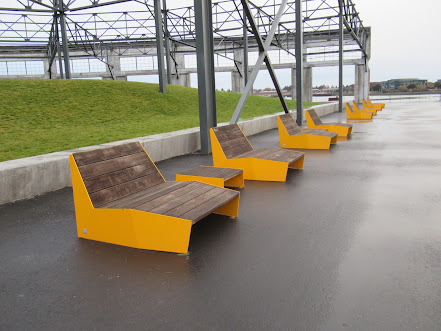 And they retained the chalks and everything that the ships would tie-up to: 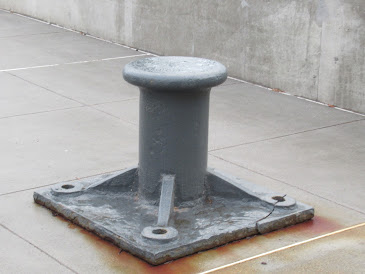 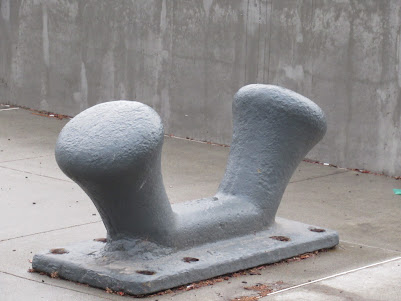 And the views are amazing: 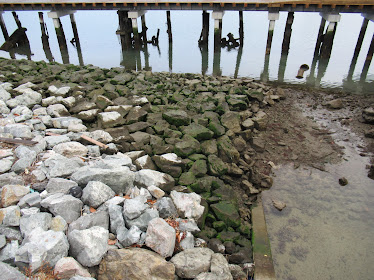 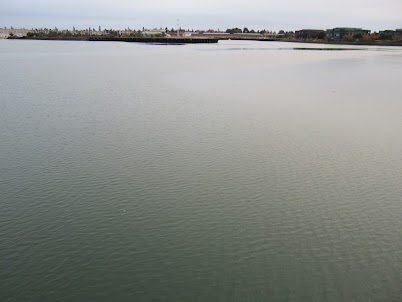 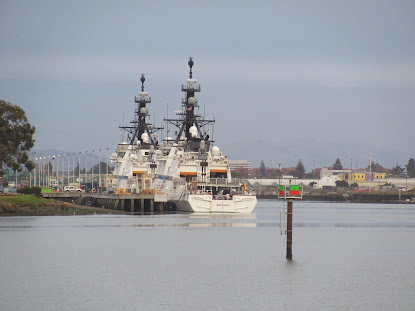 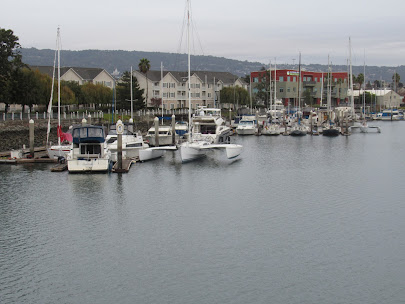 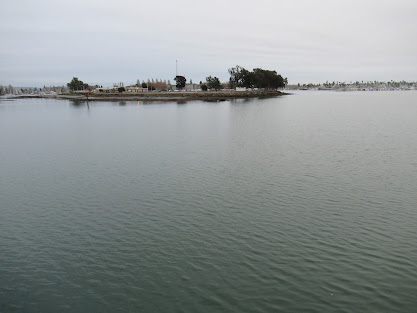 Even though it took a long time, they built Township Commons Park right. Mixing in Oakland's Shipping past with the present.