A Return to the Old Stomping Grounds 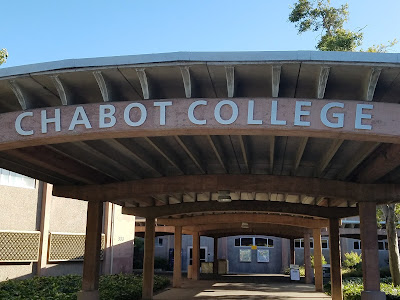 When I graduated high school many years ago, I had no clue to what I was going to do. So, I decided to enroll at the junior college in my town of Hayward-Chabot College. Chabot was considered a good stepping stone at the time for kids like me. Well, let's just say that my first attempt at college was horrible to say the least. I spent two years there and the only thing I got decent grades there were the mass communication classes I took. Mostly, everything else I dropped or got C''s, D's or F's. Way to go. Anyway, I needed some discipline and went into the Navy for four years, got out and went to Cal-State Hayward and got my B.A.  I was over at Chabot College recently and decided to take a look around and see if much had changed. The only really new thing  was a new administration building, other than that the buildings were mostly as I remembered: 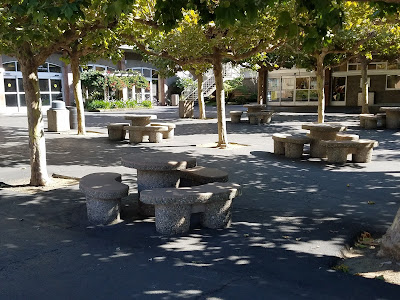 Besides the new admin building, there were a few new touches like the Athletic Hall of Fame: 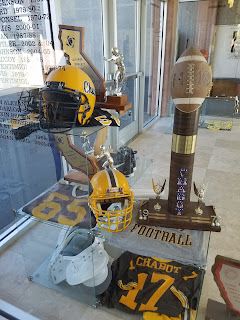 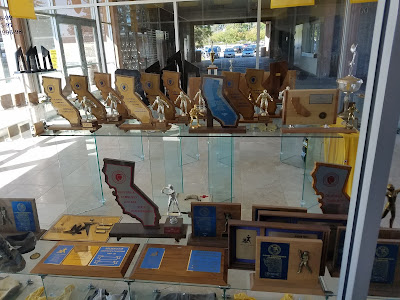 And some art work spread out on the campus: 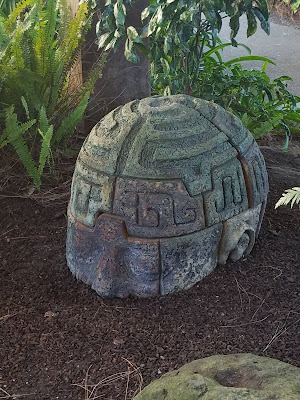 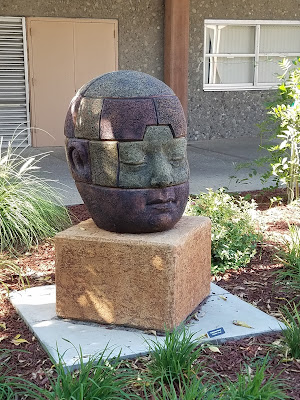 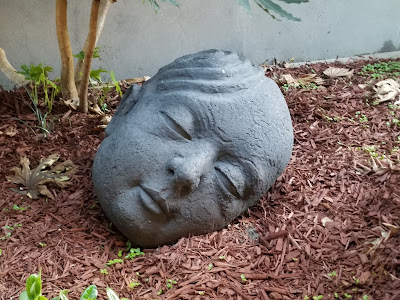 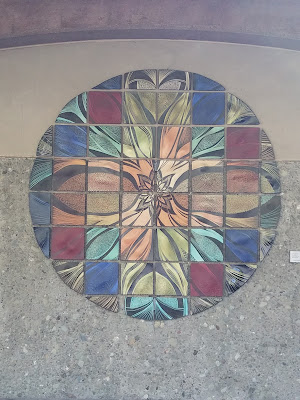 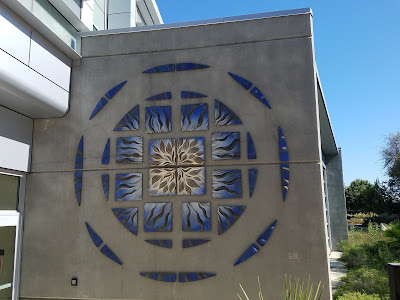 As much as things change, there were two staples that I really remember and they are still there:

It was strange walking around, I remembered a lot of things and people that I encountered way back in the day. I also thought about how I screwed up but then I thought like Tom Hanks, I got my start on a wonderful life journey at Chabot College in Hayward.
Posted by csuhpat1 at 7:51 AM