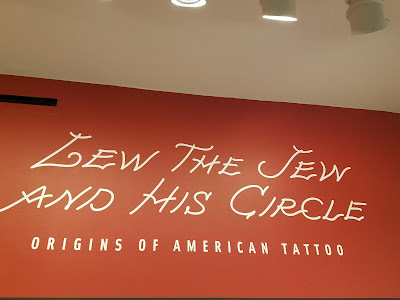 I was at the Contemporary Jewish Museum in San Francisco and saw an exhibit that was so interesting. It was called "Lew the Jew and His Circle". Lew the Jew was one of the most influential tattoo artists in New York City's Bowery at the beginning of the 20th century. His circle in the Bowery District included Bob Wicks, Charlie Wagner and Millie Hall. These people were central figures in the creation of the American tattoo industry during the first part of the 20th century. Their contributions to stylistic and technical developments for tattoos impacted the medium for decades:

Here is some tattoo flash art by "Lew the Jew" 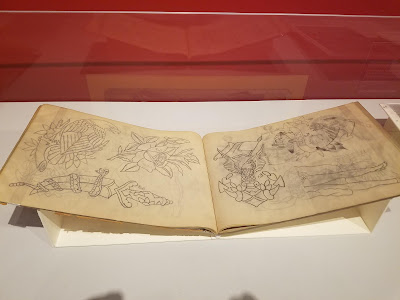 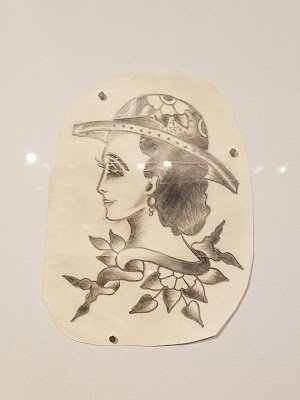 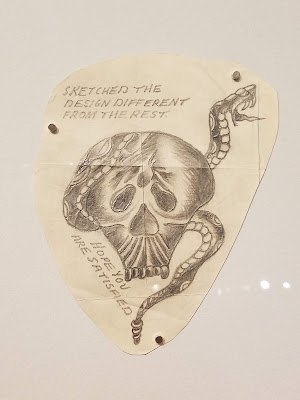 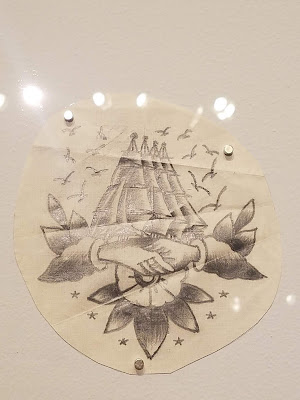 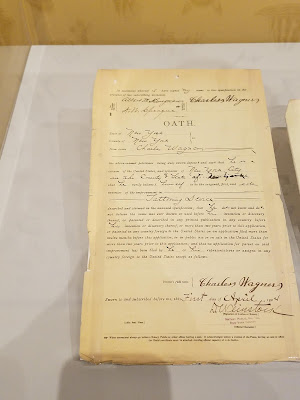 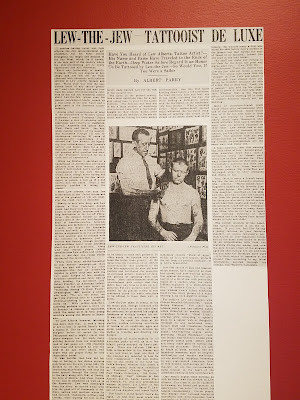 Here the flash art done by others: 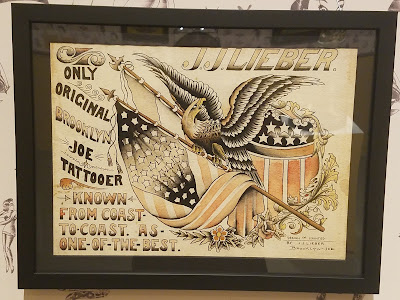 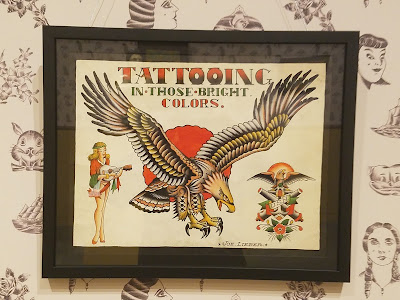 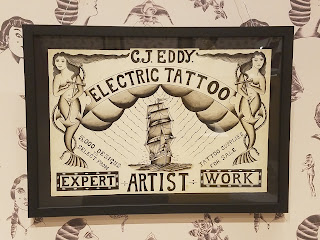 And some Lieber flash art: 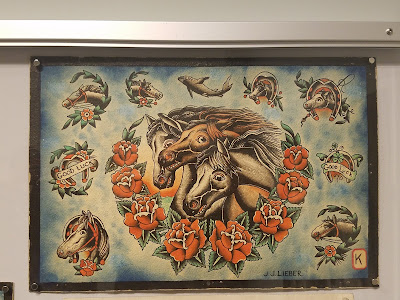 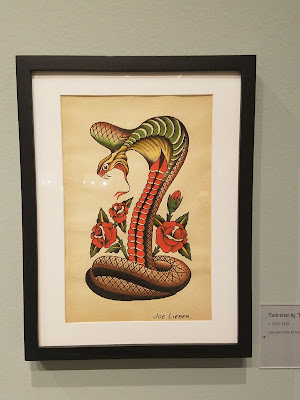 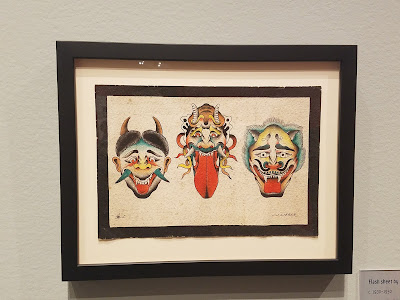 I am not a tattoo person but it was really interesting to see some of the history around tattoos.
Posted by csuhpat1 at 8:41 AM