A Ballpark of Memories 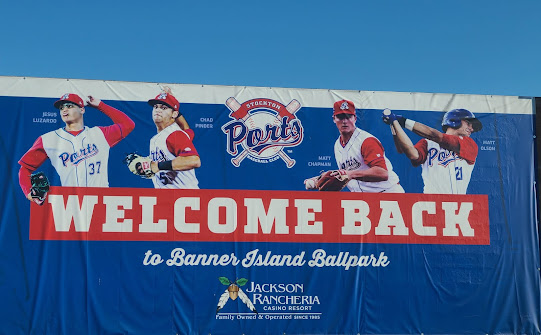 I took my daughter to the Stockton Ports game on Friday. Stockton is the Class-A team of the Oakland A's. We haven't been there forever. I thought to myself when I bought the tickets-My daughter and I would enjoy a game together which we haven't done in awhile.
As we pulled into the parking lot of Banner Island Ballpark, I started to have all these memories hit me. So did my daughter. You see, Stockton is about an hour and half drive from the San Francisco Bay Area. My brother lived near Yosemite. So Stockton was about the halfway point between us. For about three summers when my kids were tweens, I took them to the Stockton Ports every Sunday during the summer when they played at home. A lot of times in summer we went on Friday and Saturday nights with my bother and some of his friends. And when my brother and I had our falling out, he would go get the kids from their mom's and taking them to the Ports.
All during the game, my daughter and I talked all of these good and warm memories: The sad thing is that with his passing, new memories will not be created: 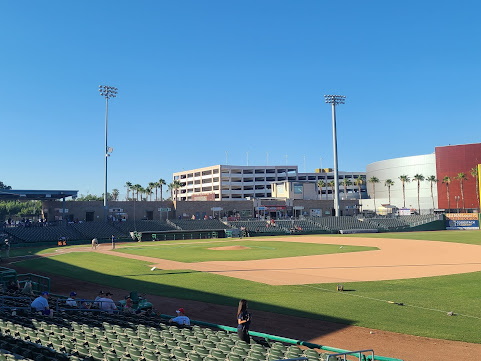 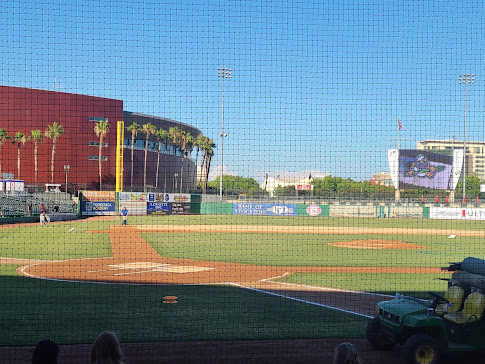 And Banner Island Ballpark in the twilight and night: 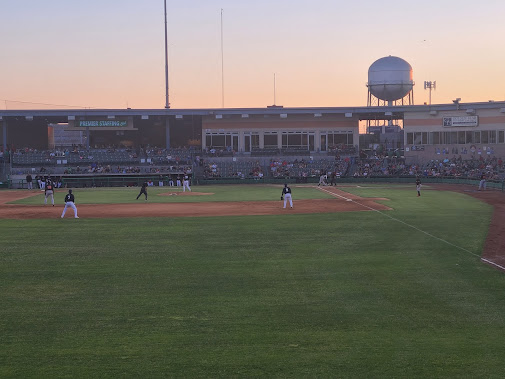 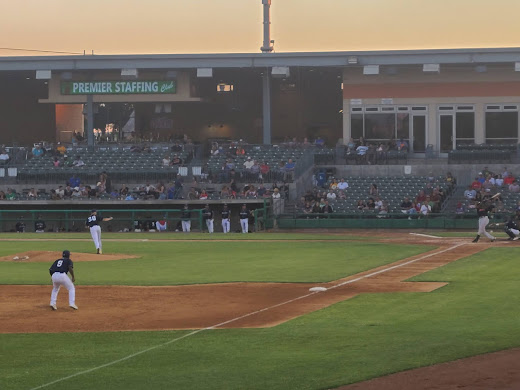 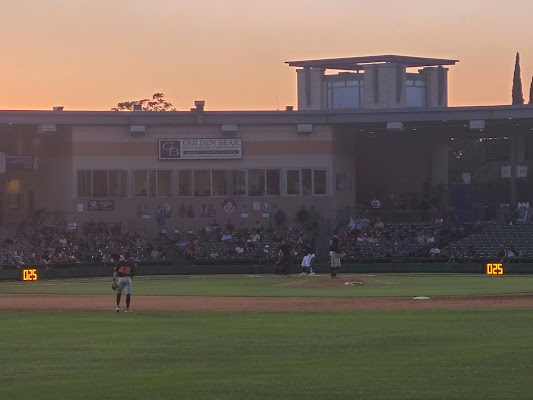 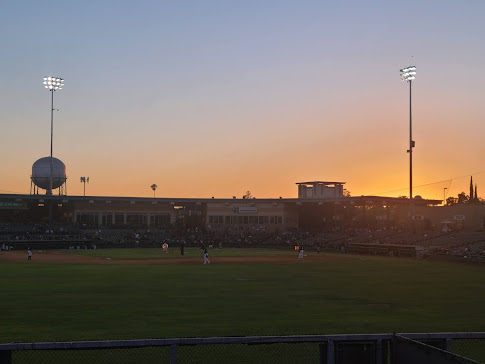 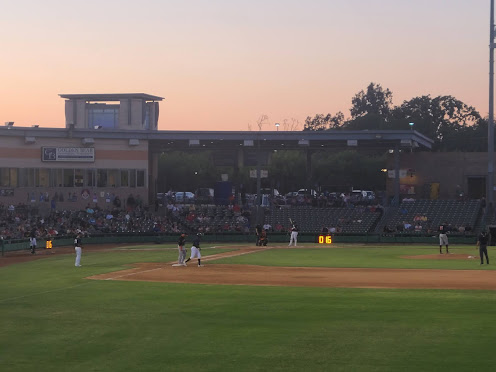 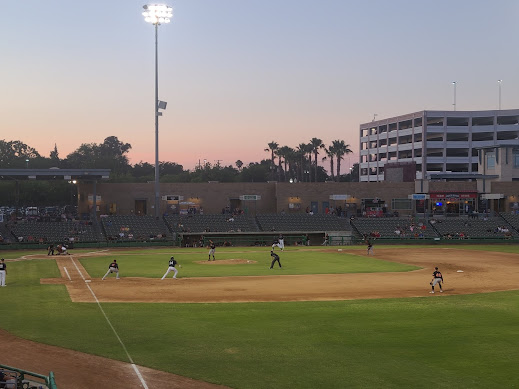 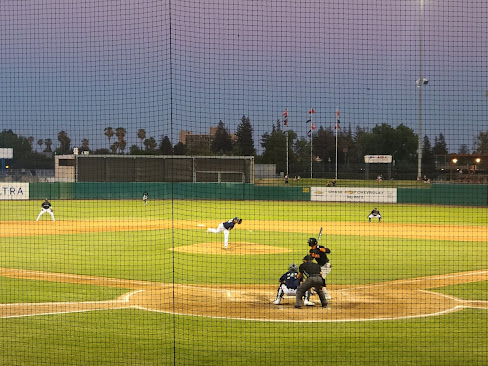 One of the cool things about Minor League Baseball is low tech they are sometimes: 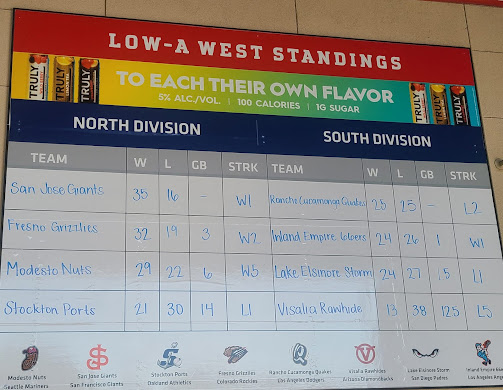 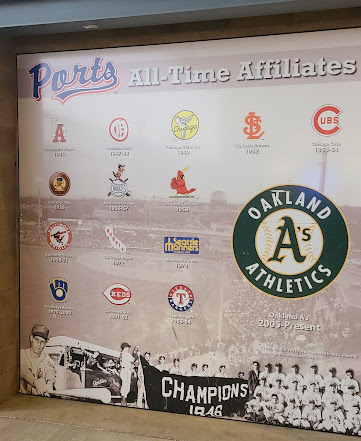 One cool thing is that after the game I went to the Ports dugout and got the lineup card that was used in their dugout: 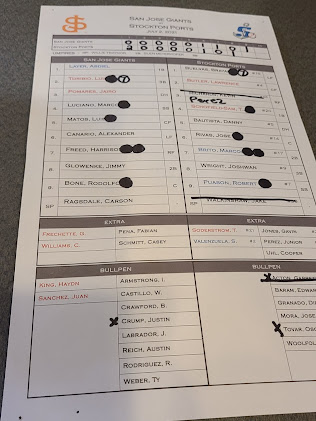 I really enjoyed going to the Ports game with my daughter. I could feel my brother's presence their and it was so nice.