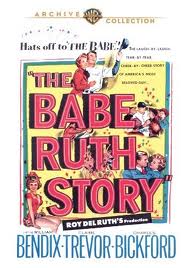 The Babe Ruth Story (1948) people might not think is one of the better baseball movies, but the back story is great. The star William Bendix was once a batboy for the Yankees growing up. Legend has it is that before a game Ruth told Bendix to get him a huge amount of food: Hot Dogs, Beer and Soda. Bendix got him all of the food that he asked for. Babe ate it and got a huge stomach ache and was rushed to the hospital and had his stomach pumped. The Yankees were mad and found out that Bendix had got the food for Ruth and news headlines said that Bendix had tried to kill Ruth. Bendix was fired from his job and as life would have it, he ended up playing Ruth in the movies. 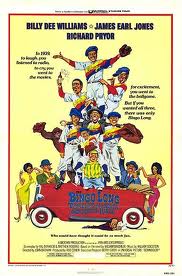 The Bingo Long Traveling All Stars and Motor Kings (1976) was a movie that I saw as a kid and the star power of the three stars is huge and add in ex major leaguer Leon Wagner. The thing about this flick is that it really shows the life of the barnstorming Negro League players. Even though this film is considered a comedy, it really shows what these guys went through when the major leagues were segregated in trying to play ball and field their families. It really got me interested in finding out the history of the Negro Leagues. It is a part of history that we should never forget. 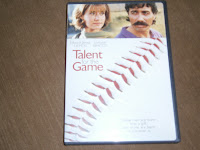 Talent for the Game (1991) has always been one of my favorite feel good baseball stories. It brings back the belief in magic in the game of baseball. I love the romance between a real life couple Edward James Olmos and Lorraine Bracco. I am pretty sure that this one has really gone under the radar in most circles, but to me this is one of the best baseball movies. 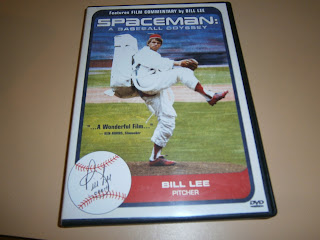 When people talk about baseball documentaries everybody talks about Ken Burns "Baseball". As much as I liked it I had a huge problem with his treatment of a team that won three straight World Series titles in the 70's (the Oakland A's) and pandering to the East Coast with the Yankees-Red Sox. All of that said "Spaceman: A Baseball Odyssey" (2006) about Bill Lee's weeklong trip to Cuba you see is love of baseball. It goes into his incredible life in baseball which has taken him all over the globe.

For an intense film "Eight Men Out" (1988) shows the true and ugly side of baseball in the early 20th century. In my view, I see why the players were able to be recruited by gamblers.D.B. Sweeney is great as Shoeless Joe Jackson.  One thing about the film is that you need to know the story and love the game to sometimes understand what is going on. To me, I try to watch it once a year and it has worn well over time. 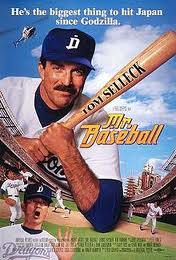 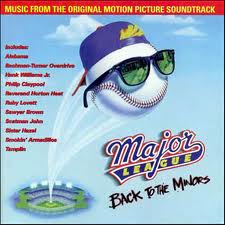 For pure camp, the two movies above Mr Baseball (1992) and Major League III:Back to the Minors (1998) is something that you can't beat. Mr. Baseball is about an aging, former star who goes to Japan to play and try to get his camp back. I loved it because I had read Robert Whiting's great book "You Gotta Have Wa" about Japanese baseball and how Americans adjust (or not). It is great look inside the Japanese game and their philosophy about the game at that time.

To me, Major League III is just too funny. The critics hated it and it did not draw flies at the box office. I first saw it on HBO. Something about the movie clicked and I laugh everytime I see it or think about it. It is totally different than the first two Major Leagues. Basically, Scott Bakula plays an aging pitcher who is recruited to manage a bunch of misfits playing for the Triple A South Carolina Buzz. Bob Uecker is back as Harry Doyle and Dennis Haysbert is back as Pedro Cerrano who has truly gone way out there. This movie is perfect for a rainy day or a slow Saturday.


I know that people have different films they like. These are mine, what are yours?
Posted by csuhpat1 at 8:29 PM