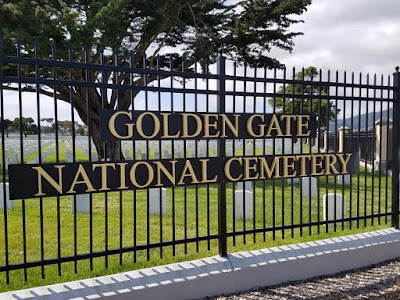 As Memorial Day 2017 approaches, I decided to take a walk around the Golden National Cemetery. The Cemetery is huge and amazing: 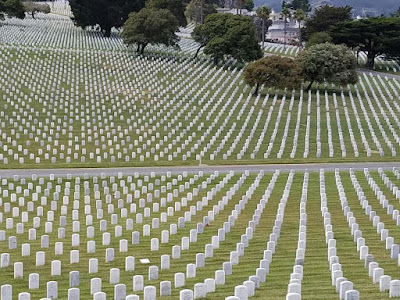 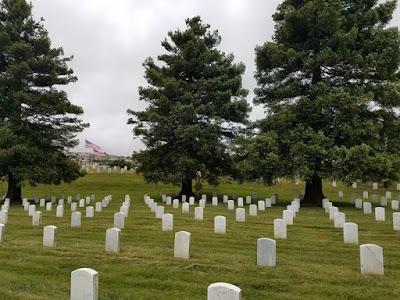 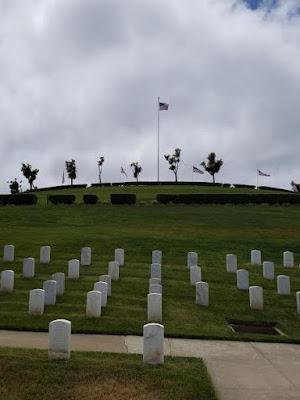 One thing that really struck me is all the history. The Golden Gate National Cemetery was opened for burials in 1941 and was closed to new burials in 1967 (besides existing lots). Some of the people buried here tell part of the story of this nation and the San Francisco Bay Area:

There are heroes of World War II: 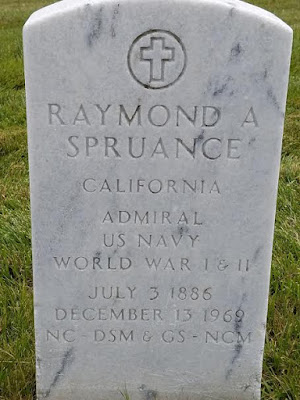 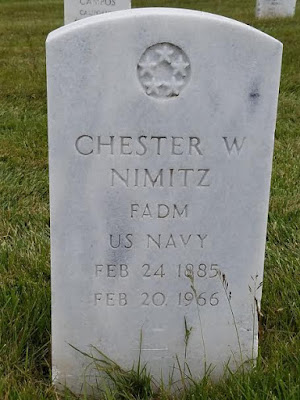 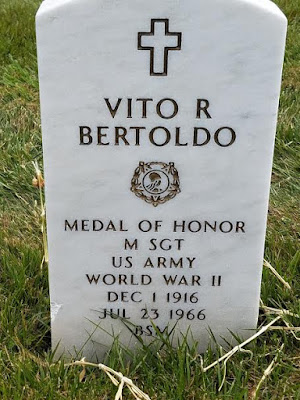 There are also 24 graves that have the heading: "Unknown U.S. Sailor, July 17, 1944. These are African-American victims of the Port Chicago Disaster. Port Chicago is not a well-known story but in an important one. An ammunition ship exploded while being loaded in Port Chicago, California, killing 332 people and injuring many more at the Port Chicago Munitions Facility
about 30 miles north of San Francisco. The Navy units assigned to the dangerous loading operations were generally segregated African-American units. For the most part, these men had not been trained in handling munitions. Additionally, safety standards were forgotten in the rush to keep up frenetic loading schedules.Less than a month after the disaster, when ordered to load more munitions, but still having received no training, 258 African-American sailors refused to carry out the orders. Two hundred and eight of them were then sentenced to bad conduct discharges and pay forfeiture. The remaining 50 men were put on trial for general court martial. They were sentenced to between eight and 15 years of hard labor, though two years later all were given clemency. A 1994 review of the trials revealed race played a large factor in the harsh sentences. In December 1999, President Clinton pardoned Freddie Meeks, one of only three of the 50 convicted sailors known to be alive at the time:


One of the guards killed in the Battle of Alcatraz in 1946: 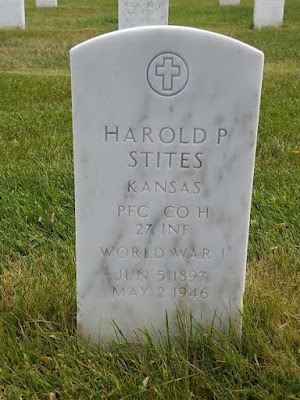 And then are two graves that even though they are separate incidents are linked together in what is known as "Ten days that shook San Francisco" when I was a kid in November 1978. Jonestown and the assassination of Mayor George Moscone and Supervisor Harvey Milk (who at the time was one of the nation's few openly gay politicans) by a fiercely conservative ex-supervisor named Dan White: 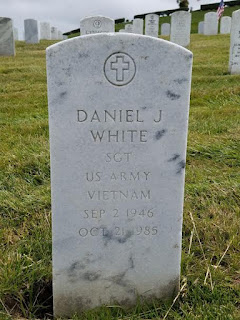 Leo Ryan (below) was the U.S. Congressman who went to Guyana to investigate Jonestown and left with some defectors of Jim Jones' People Temple members who wanted to leave. He was gunned down by members of Jim Jones' security squad at the airport and then Jones ordered the remaining followers at his compound to commit suicide. More than 900 people perished in the tragedy: 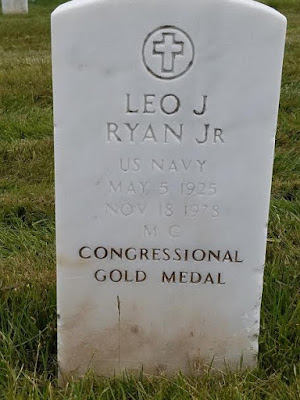 The Golden Gate National Cemetery is a window into the history of this country and the San Francisco Bay Area. Some of the history is not pleasant but all who are buried here served our country and on this Memorial Day, please say a prayer for those who have served and those who are serving today: 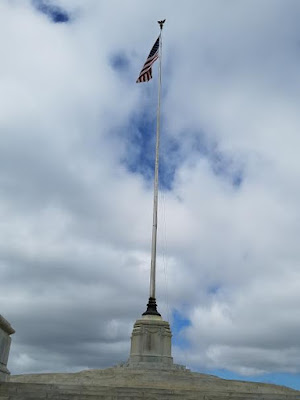