The Power of Protest 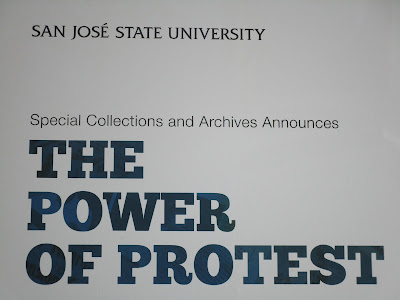 I have really thought about not doing this post but decided to it because this blog is about what I see in the world. On October 16, 1968 at Mexico City Olympics, Tommie Smith won the Olympic 200 meters in a world-record time of 19.83 seconds. Peter Norman of Australia was second and American John Carlos was third. On the medal stand, Smith and Carlos raised their fist in a Black Power salute protesting America's treatment of African-Americans. They were expelled from the Olympics and banned from the Olympics for life.

People don't know is that Smith and Carlos were members of the Olympic Project for Human Rights (OPHR) which was started in October of 1967. The aim of the organization was to protest against racial segregation in the United States and throughout the world and racism in sports in general. Even though OPHR was primarly an African-American organization white athletes such as Peter Norman and member of the Harvard Rowing Team back them.

Both Tommie Smith and John Carlos along with the 1968 Olympic 400 meter Champion Lee Evans were products of San Jose St. which was known as "Speed City". The Unversity was producing the nation's best sprinters. Dr. Harry Edwards who founded OPHR had been a discus thrower at San Jose St. and a graduate of the college and was a part-time instructor at SJSU at the time.

In honor of the 50th anniversary of the event, San Jose St. put together an exhibit detailing the events of the protest and I decided to dig into their achrives to learn about it: 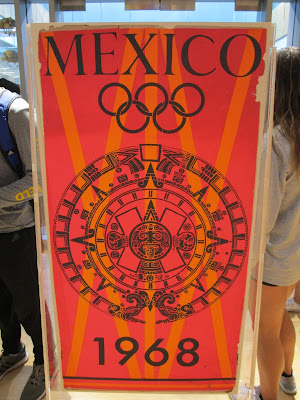 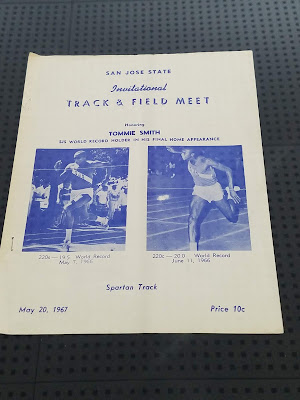 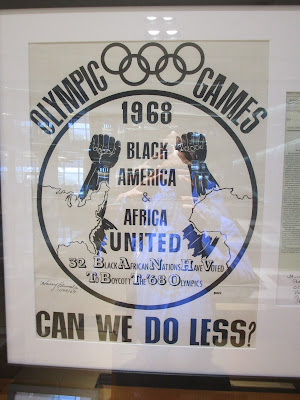 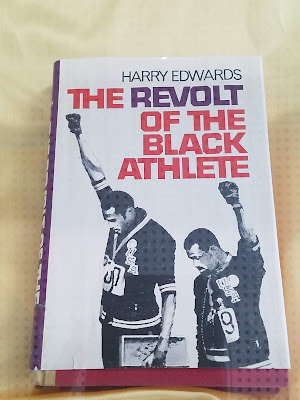 Twenty-five years ago, I went to Australia and got lucky. I was in Williamstown and heard that Norman lived there. One of the people I befriend there knew him and took me to see him. It was an amazing afternoon and hearing the first hand story of the event was stunning. Norman supported Smith and Carlos on the medal stand by wearing this button: 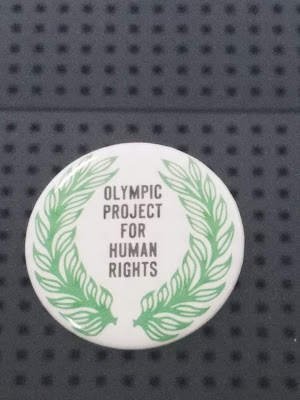 There has been much debate whether or not if Norman was ostracized by the Australian Olympic Committee over his actions but in 2012 (six years after his death) Australian House of Representives issued a formal apology to Norman.

The famed photographer John Dominis took this historic picture of the protest: 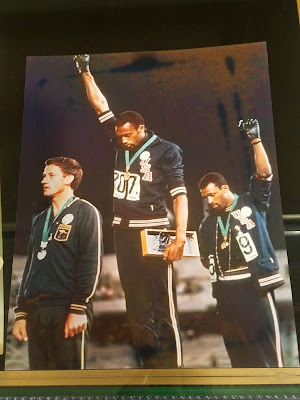 On October 17th, 2003, San Jose St. unveiled a statue in the middle of the campus commemorating the protest: 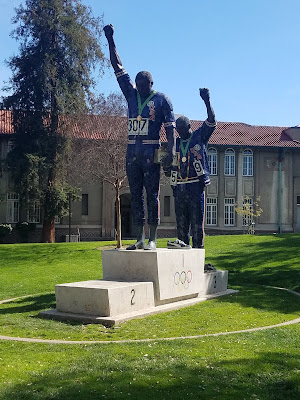