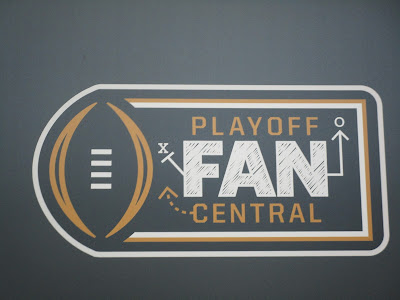 On Sunday, I went down to San Jose to check out the College Playoff Fan Central at San Jose McEnery Convention Center. The College Football Playoff Championship game was being held in nearby Santa Clara. Next to McEnery Convention they had a Playoff Fan Central Park or what they called The Quad. I didn't really take many pictures there because it was pouring down rain: 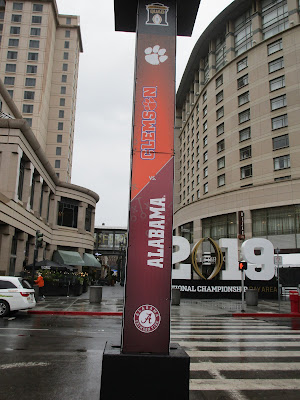 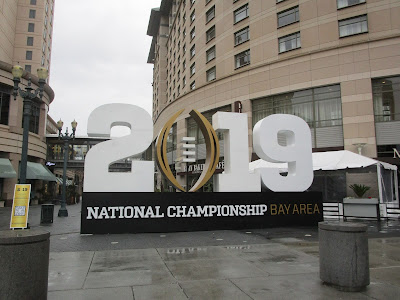 But the ESPN guys were broadcasting: 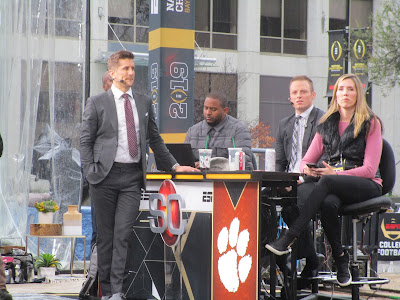 But I went inside where it was dry and warm: 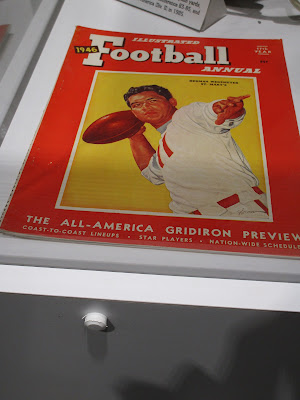 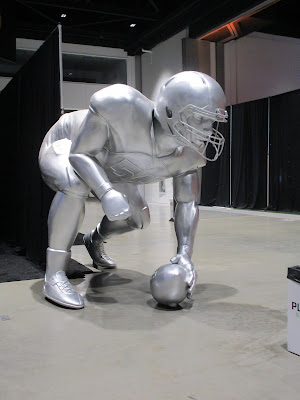 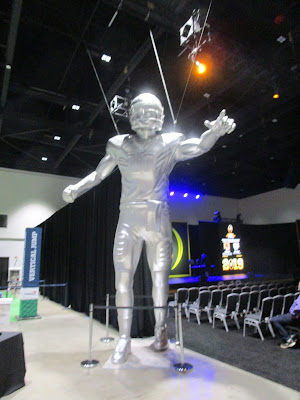 One of the coolest things is that they had all of the actual trophies of the so-called New Year's Six Bowl games:


And the two playoff bowl games:


But the coolest thing was that there was a thing for teachers sponsored by Extra Yard for Teachers that celebrated teachers and had its own lounge and everything. It was pretty cool and since I am a teacher I enjoyed it. But they had a surprise and that was the first 25 teachers who came in got two free tickets to the game: 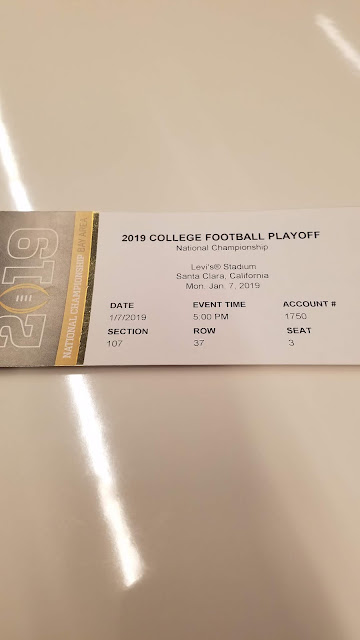 On Sunday I was number 25-Woo Hoo. I will be blogging about the game on Monday.
Posted by csuhpat1 at 6:54 PM