The NFL is celebrating its 100th anniversary this season. I have always been a reader and a collector of books since I was a little kid. Here are some football books that I have managed to keep with me since I was a kid or young adult throughout all of life's changes. The book above someone  gave me and I think I did two or three book reports on it during my elementary school career. Here are some others that I have managed to keep a hold of:

First Down and a Billion (1987): This was written by former San Diego Chargers owner Gene Klein and it introduced me to the business side of the game: 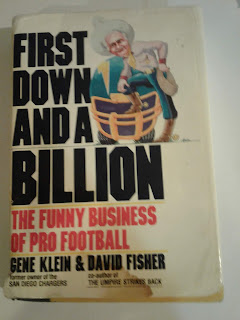 Monday Night Mayhem (1988): I was taking a mass communication class when I first went to college in the late 80's (I think in 1989) and this was one of textbooks for the class: 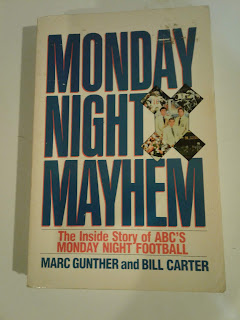 Open Field (1974): Another one of those go-to book report books back in my elementary school career. Again, someone gave it to me to encourage me to keep reading. The cool thing about this one is it most likely my first autographed book: 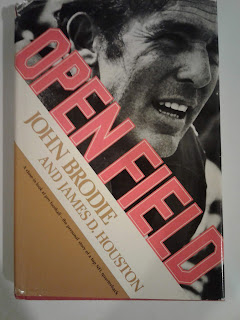 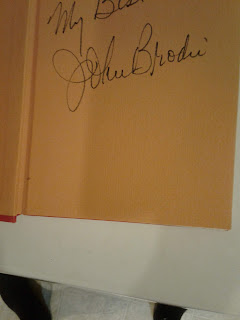 Len Dawson-Pressure Quarterback (1970): Another one of those book report books back in the day. 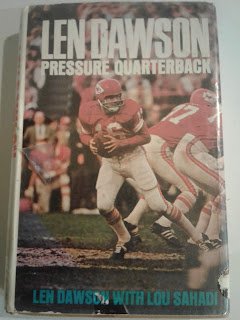 Coach-A Season with Lombardi (1970):- This is a detailed account of the great Vince Lombardi's only season with the Washington Redskins. The interesting thing is that one day I was at work (at a school I don't teach at anymore) and I was seated at an event with some people who worked at the school. We started talking about books and I told them I had re-read this book. Turns out that one of the people I was talking to was the daughter of the author of the book. Pretty cool deal. 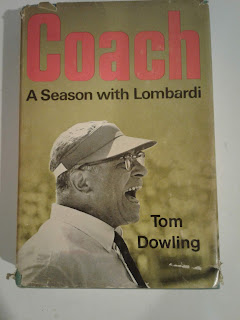 Out of Their League (1971)- I found this book in my high school's library and loved it. It is the autobiography of Dave Meggyesy who played for seven seasons in the NFL in the 60's and retired because he thought the game was dehumanizing to him. Meggyesy was very radical in his politics and involved in lot of the movements of the 1960's. I found this my freshman year and loved it. I had checked out so much during my four years of high school that when I graduated, the school librarian gave it to me: 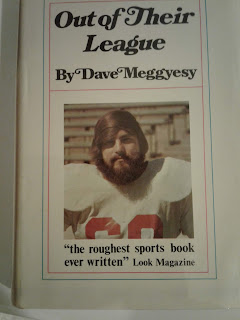 The cool thing is that I was able to meet Dave Meggyesy in 2015 at the Bay Area Book Festival in Berkeley. Talk about a thrill: 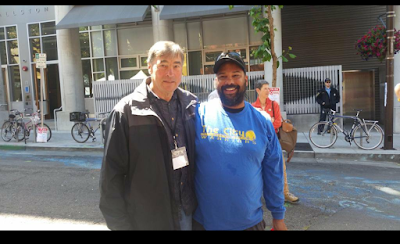 Just some old school football books, I have lugged with me during my life.
Posted by csuhpat1 at 7:49 PM